In a dried, dead-end part of the West where nothing ever happens except dust storms, a boy’s father leaves home, forsaking the two sons who need him and their devastated mother who loves him to fend for themselves. It’s the latest in a series of desertions that have depleted the town of its husbands and fathers—a fate the children call “going to the moon.” The moon is a metaphor for everything that happens in a barren, acrid and alien setting in the Salton Sea area of Southern California near Desert Hot Springs and Joshua Tree that looks remarkably like the lunar surface of the moon itself.

It’s a very small movie with a very big emotional force that unfolds through the eyes of 16-year-old Mickey, sensitively played by promising newcomer Jeffrey Wahlberg. Mickey is so traumatized knowing his dad will never come back that in a moment of rage and despair he destroys all of the desperate older man’s possessions. Wandering the empty, broken streets, Mickey remembers that this used to be a town with a factory, but the factory closed, every sign of progress and commerce died, and now it’s a place full of rotting, abandoned trailer homes and rusted trucks.

For spending money to buy whiskey and cigarettes, the neighborhood teens collect scrap metal. Mickey’s mother (Rashida Jones) pulls herself together long enough to open a hair salon and barber shop, and finds brief solace with an older boy who works in a grocery store, but Mickey beats him up and he leaves town, too. To further impede all hope of getting out, the girl Mickey sleeps with to escape his lonely misery becomes pregnant. In one of the film’s most poignant scenes, he holds his new baby with the wonder of discovery in his eyes and says, in the film’s final narrative passage, “So is there some happiness here in the desert? Of course there is. Still, that doesn’t change everything. The moon follows wherever we go.”

Based on a 2005 novel by Dean Bakopoulos and directed by Bruce Thierry Cheung, the movie has a literary sensibility about lonely feelings and empty longings, illustrated by recurring shots of butter sizzling in skillets to fry a staple diet of grilled cheese sandwiches, but there’s no real story here. James Franco makes a brief appearance as the father who leaves town and surrenders to life’s cruel fate, a role for a change that justifies his trademark mumbling.

Except for Rashida Jones as the mother, the rest of the cast is comprised of unknowns, but Jeffrey Wahlberg is so sincere and touching as Mickey that I doubt he will remain unknown for long. I liked the sensory strengths of a movie without anything of beauty to look at, but Don’t Come Back From the Moon eventually fails to involve viewers completely because it’s about the consequences of a wasted life instead of the sorry events that lead up to one. Poignant and close, but no cigar. 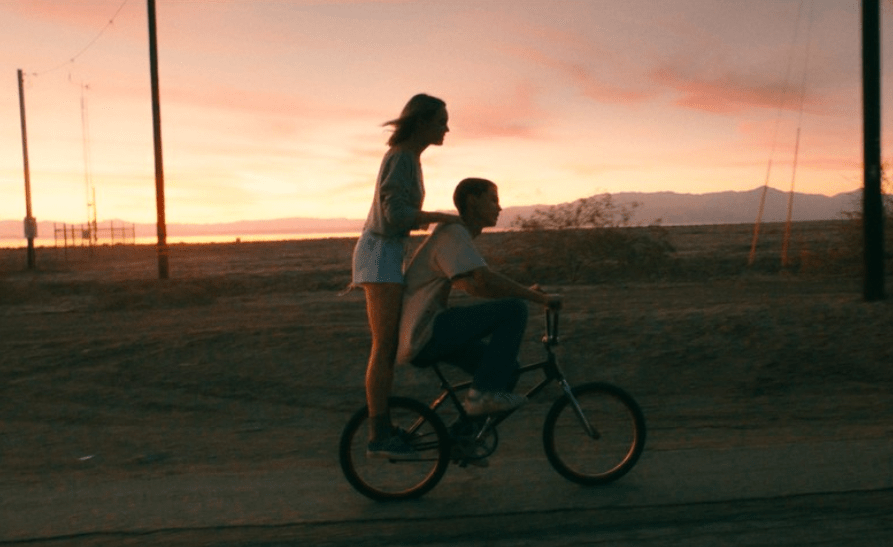