Mead connoisseur Dylan Sprouse and Victoria’s Secret model Barbara Palvin took their relationship to the next level this past weekend. The couple, who have been dating for nearly a year, decided it was time to move in together.

Sprouse and Palvin let their millions of Instagram followers in on the news, sharing coordinating selfies taken in their new apartment. They may have provided only one shot, but at least they whipped up two different captions. Palvin opted for “Two worms officially in the big apple 🍎🐛” while Sprouse went for “We moved in we only had 4 mental breakdowns!”

It seems their new abode is in Brooklyn, as the aforementioned snap shows off the view of the New York City skyline from across the bridge, as well as a few unpacked boxes. Sprouse also thoughtfully shared an Instagram Story from his new bathroom.

The pair moved in just before they’ll celebrate Valentine’s Day, but perhaps they decided on the locale since it’s in the vicinity of Sprouse’s Williamsburg meadery, All-Wise. Yes, he actually makes artisanal mead, which we assume is already taking up a good chunk of their new fridge. Maybe he also brought along a few Shake Shack burgers (you may recall that time he strutted down the Victoria’s Secret carpet clutching a bag of them for Palvin after she finished her walk).

Or he could be saving that sort of feast for a potential housewarming party, the guest list for which would likely include his twin, Riverdale actor Cole Sprouse, and his costar Lili Reinhart. Perhaps that’s when we’ll get the full apartment tour, rather than just a peek at the loo. 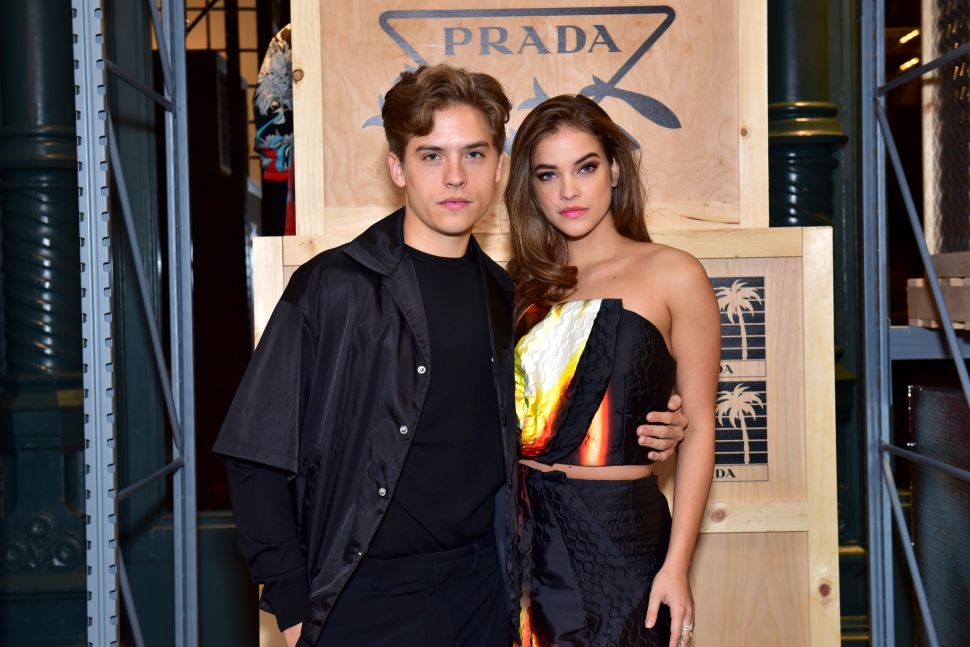