It’s only 22 days into 2019, and the dire prospect of an economic recession is already getting real.

On the eve of the World Economic Forum in Davos, Switzerland on Monday, business and political leaders in attendance were rattled by a letter warning of an impending economic slowdown authored by legendary hedge fund manager Seth Klarman, who enjoys the nickname “the Warren Buffett of Boston.”

In other Davos news, equally revered Wall Street figure Ray Dalio said there was a “significant risk” of a recession in 2019, or 2020 at the latest.

Even CEOs, who were singing praises about President Donald Trump’s economic policies just seven months ago, have now turned pessimists. On Monday, the annual PwC survey of global CEOs revealed fresh findings that more than 30 percent of the world’s business leaders were projecting an economic slowdown in 2019, up from a low five percent in last year’s survey.

It can’t be pure coincidence that the world’s shrewdest investors and business executives suddenly are taking a bearish bet on the global economy. If you take a deeper look into their arguments, there are a few common warning signs that are bothering them:

Given the current status of world politics, it’s not surprising that investors and CEOs are concerned that it will eventually take a toll on the economy. The question is how much. According to Klarman, whose investment firm Baupost Group manages over $27 billion in assets, the global financial markets have yet to reflect the true damage of the political chaos in Washington, including a government shutdown now dragging into its 32nd day and an increasingly disrupted world order.

“It can’t be business as usual amid constant protests, riots, shutdowns and escalating social tensions,” Klarman wrote in his hotly discussed letter. “As the post-World War II international order continued to erode, the markets ignored the longer-term implications of a more isolated America, a world increasingly adrift and global leadership up for grabs,” he wrote.

Similar concerns were also expressed by Dalio, the founder of Bridgewater Associates, the world’s largest hedge fund firm. During a Davos panel early Tuesday, Dalio said he was worried that “greater political and social antagonism” could accelerate the arrival of “the next downturn.”

In his alarming letter, Klarman also warned about the growing amount of sovereign debt held by the world’s largest developed countries. In the U.S., he cited, government debts have exceeded the annual gross domestic product (GDP), a warning sign of financial crisis by conventional economic wisdom. The debt-to-GDP ratio in other developed economies, including Canada, France, Britain and Spain, is also rapidly catching up to the U.S. level.

“The seeds of the next major financial crisis (or the one after that) may well be found in today’s sovereign debt levels,” he wrote.

Mounting government debt is also a red flag famously raised by Dalio, who explored this issue to great depth in his 2018 book, The Big Debt Crises. Adding to Klarman’s view, Dalio warns that there isn’t much the government can do to prevent an ugly fallout.

“Where we are in the later [economic] cycle and the inability of central banks to ease as much, that’s the cauldron that will define 2019 and 2020,” he said in an interview with CNBC from Davos on Tuesday.

In the PwC survey, which polled 1,378 business leaders in more than 90 countries, CEOs said the top two reasons for their bearish outlook in 2019 were over-regulation and policy uncertainties, including the ongoing trade disputes between the U.S. and China. 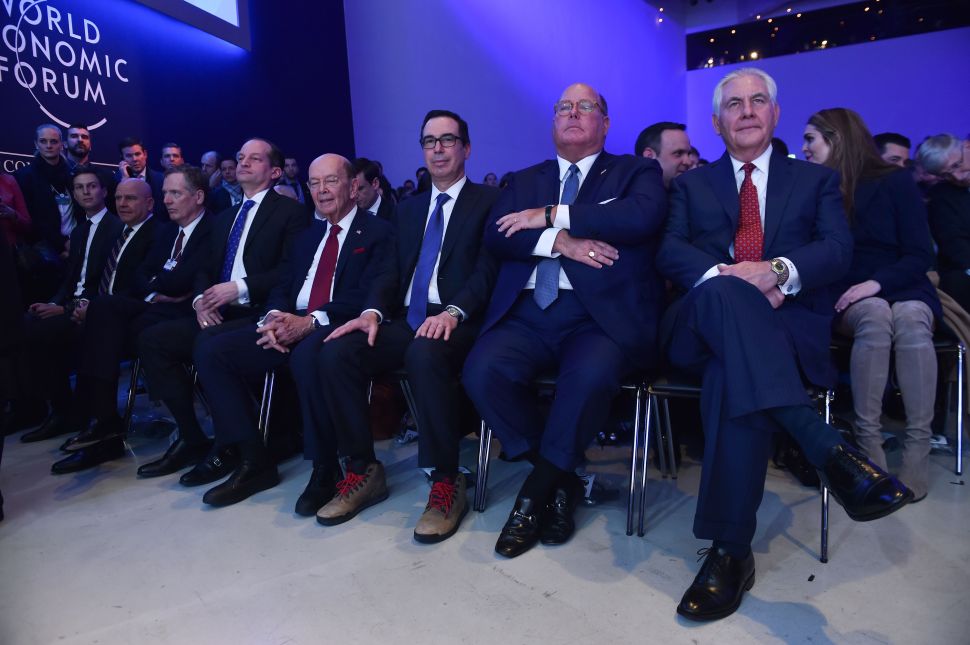