Those who have been following the life and crimes of Joaquin “El Chapo” Guzman have probably heard a great deal about El Chapo the drug dealer, or El Chapo the iced out, high rolling kingpin with a gold AK-47, or even El Chapo, the guy who befriends beautiful Mexican actresses and talks to Sean Penn. Recently, however, during his Brooklyn trial, a little more was revealed about El Chapo’s day-to-day operations, and the courtroom got to know El Chapo, the CEO.

In over 100 recorded calls and countless more downloaded texts between El Chapo and his employees, onlookers caught a glimpse of the way El Chapo handles his business, and in the process came away with a better understanding of what it would be like to work for him.

Here is an honest, assessment of El Chapo, the boss. How would he perform if he were running a legitimate pharmaceutical company—say, one that distributed a lot of legal opiates—instead of an illegal drug cartel?

Below is a categorized assessment of some of El Chapo’s leadership qualities.

Innovative and Willing to Embrace Change

Christian Rodriguez was the millennial tech wiz-kid who set up El Chapo’s communication line when he was just 21 years old. Rodriguez got his start setting up communications for the Cifuentes family, a Colombian cartel, who Chapo had worked with before. Once El Chapo caught wind of the kid’s technological prowess, he recruited him away from the Colombians in 2008.

Rodriguez installed a system of high-speed internet, which started in the city, and then went wirelessly up to a camp in the mountains. Rodriguez set up phones, each with a three-digit extension code, so employees could make calls securely, encrypting one phone to another.

The calls all went through a main server protected by firewall connections to the internet. It created a “closed box,” as the defense referred to it, system of communication.

It took $100,000 to set up the system, further evidence of El Chapo’s ability to embrace new technological advancements and innovate. El Chapo never did embrace computers in his business though. “He preferred to talk,” said Rodriguez, but the communication system was still an upgrade.

El Chapo, who made his name by using a system of advanced tunnels, and even hid cocaine in jalapeno cans to sneak it over the border, never stopped innovating. This is a desirable quality in a CEO.

Any good boss needs to be able to make on-the-fly adjustments, and it was one of El Chapo’s greatest strengths.

In his testimony, Rodriguez talked about being at a meeting with El Chapo in the mountains when they got word that the army was on his trail. For three days, the small camp traveled, staying in small houses at night, and finally getting vehicles and traveling back into the city. “He was always very calm, very sure, and very tranquil,” said Rodriguez of El Chapo during that time.

After that incident, Rodriguez got scared and started working from home, the way many millennials dream of doing. “I wanted to put some distance between myself and the organization,” he said. He would offer remote support from Colombia. It was the last time he saw El Chapo face to face… until his testimony.

Another example of El Chapo’s calmness in sticky situations was when he fled from Los Cabos in 2012, after he was almost captured in a raid. In text messages with his wife, he talked about the authorities knocking on doors next to his house trying to find him and having to leave very suddenly.

He described his escape as having to “rush out,” as if he had forgotten a dentist appointment. He calmly asked his wife to buy him some new clothes, shampoo and aftershave. He also asked for black moustache die. Even in the toughest moments, a good CEO always keeps his personal appearance and hygiene in prime condition.

One might categorize El Chapo as an extreme micromanager. Soon after the improved communication system was set up, he asked Rodriguez to provide him spy software called FlexiSPY so he could keep up with all of his employee’s activities. Not a very appealing prospect for most modern workers.

El Chapo became obsessed with listening in and would call Rodriguez “almost every day” to have him fix bugs in the system. “He liked it very much,” said Rodriguez.

He would read his employee’s texts in order to see what they thought of him. El Chapo even had Rodriguez connect him to microphones on the phones. He would call, give information and then call again (straight into the phone) and use the microphone to listen to the background noise in order to hear if people were talking about him.

One time, El Chapo wanted to install spy software on one of his associate’s computers. He asked Rodriguez at a meeting one day how long it would take to make the computer “special.” Rodriguez said it would only take three minutes, and El Chapo distracted the woman until the process was finished.

El Chapo had an obsession with security and was constantly trying to make improvements to the system. He had Rodriguez move servers to Canada in 2009, and made him “reconfigure every phone from scratch,” said Rodriguez. El Chapo even asked the number of extensions on the servers to be cut down from 100 to 50.

“He only gave extensions to people that he could really trust,” said Rodriguez.

This system to listen to his employees’ phone calls, was actually very similar to what the government was doing to him…

In 2011, the U.S. government convinced Rodriguez to flip and got all the encrypted data keys to El Chapo’s servers. No boss wants company secrets to leak, and unfortunately this became a major issue. The kids are the future, they say. Not in this case.

The government moved the servers from Canada to the Netherlands and started recording calls, tapping into the same servers and spyware system that Rodriguez had installed at El Chapo’s request. In total, 100 to 200 of El Chapo’s calls were recorded, as well as over 800 full phone calls from his organization. Even more text messages were downloaded and filed away on government servers.

Rodriguez even provided latitude and longitude points from FlexiSPY, as well as call logs. In 2012, the government asked Rodriguez to go to Mexico (he had moved to the United States after the cartel discovered his new affiliation) to analyze the data in real time. This mission ultimately led to the Los Cabos raid, where El Chapo narrowly escaped capture.

Not only did the U.S. government take away El Chapo’s young talent—Rodriguez also helped take down the Cifuentes family—they also hurt his business in the process.

Like any good CEO, El Chapo recognized that talent is not limited to one gender. He employed a number of women in his operation, most notably Agustina Cabanillas Acosta who he was also romantically involved with. She would text suppliers and distributors and relay the information back to El Chapo.

The two would often refer to each other as “love” in messages about drug shipments.

Acosta also caught El Chapo spying on her phone. In a conversation with a friend, she said, “Besides, I don’t trust these Blackberry’s, the ones he gives me over here, because the bastard can locate them.”

A good CEO is always looking to grow the company, and in 2012, El Chapo was looking to set up factories on a global scale. Somebody known as “The Greek” was helping him set up two companies in Ecuador (one to export citrus and the other for fertilizers). These factories were buying chemicals from Germany, where another factory was to be set up, with the aim of exporting drugs to countries around the world.

El Chapo also had operations in Australia, Canada and (of course) the U.S.

According to texts between Acosta and El Chapo, the Sinaloa Cartel has great health benefits. Acosta took advantage of the El Chapo insurance plan when she had her 2012 liposuction fully covered. How many companies cover cosmetic surgery?

All in all, the cartel seems like a fine company to work for, as long as you are alright with potentially hazardous working conditions, watergate level employee surveillance and potential jail time.

For over two decades, longer than most CEOs, El Chapo ran his business, establishing himself as one of the biggest narco traffickers in the world. He evaded capture for years and staged two enormous jailbreaks.

In another world, Pfizer might have been lucky to have him. 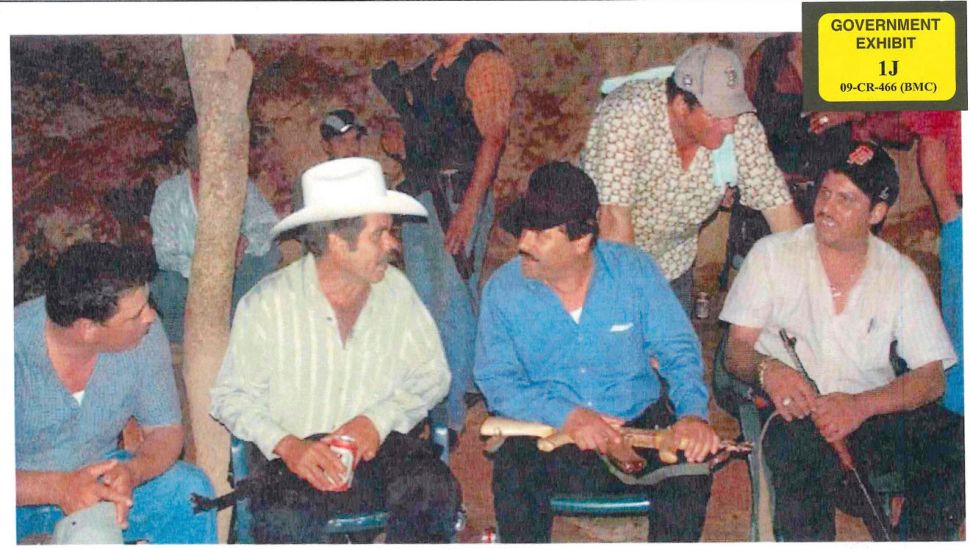