In what is perhaps the most unsurprising revelation of the Joaquin “El Chapo” Guzman trial, it has been revealed that the drug lord personally killed multiple people. On Thursday, we got an extremely gruesome look at two incidents circa 2007 in which El Chapo tortured and executed his enemies.

“Fuck you, mother fucker,” he said to one victim, before shooting him in the chest. The man fell and was tossed, still breathing, into a hole (think: grave).

The man, who was an enemy of Chapo’s, had just spent multiple days in a henhouse cage, but was taken out as he started to stink. Before that, he had been tortured and had burns from a lighter and clothing iron. The man could not walk, and that was before spending days in a box.

Isaias Valdez Rios—known as Memin—held the courtroom captive during his testimony as he detailed the various brutalities committed by his old boss. Memin held a number of jobs in Chapo’s organization, including pilot and head of security for Guzman’s sons.

It was a far cry from last week when the gallery got a tender peek into the drug lord’s personal life. Steamy texts that included a number of “I love you” messages between Chapo and his wife and mistresses were read aloud. You really think you know a guy.

The second story of El Chapo personally killing enemies started when Memin picked two people up from the airport (an airstrip). They were members of the Zetas Cartel, enemies from the north, but were from Sinaloa, where Chapo’s Sinaloa Cartel is based (obviously). It was an issue, an act of betrayal, to have two people from home working for the north country.

They were tied up, but not blindfolded, and brought to the mountains.

“In the mountains, Joaquin requested a large stake, and someone brought it over, and that’s when he started torturing them,” said Memin. He beat them with the stake for “quite a long time.” Memin guessed three hours.

After that, Bravo, one of Memin’s superiors, told him “compadre Chapo said to dig a very large hole, and to put wood inside and make a very large fire.”

Most people can see where this story is going.

During night two, ATVs were brought over, and the two Zetas were slung across the back grids. Chapo got on one, Bravo the other, and they took them closer to the fire. The men were no longer tied, but security picked them up off the ATVs and sat them down.

Chapo put a bullet in his rifle.

“They’re faces looked like they were scared,” said Memin, in what is quite possibly the understatement of the century.

“Mr. Joaquin did not say much. He just said. ‘Fuck your mother.’ And boom.”

Everybody in the courthouse was entranced. It was the first real instance of direct brutality by El Chapo that the trial, which has been so filled with brutality and dirty drug money, has touched upon. All the other instances had been killings that Guzman ordered others to do, or things that other witnesses had done.

The prosecution is nearing the end of their very extensive case, and Judge Brian Cogan is hopeful that both parties will be able to wrap up by the end of next week and be ready for closing arguments. The defense is not expected to call many witnesses, which looks to be in their own best interest, though there are rumors that El Chapo himself might testify.

Before Chapo left the two Zetas, he said one more thing. “I don’t want any bones to remain,” said Memin.

The fire was fed until morning. No bones remained. This prosecution is hoping to do the same with their case. 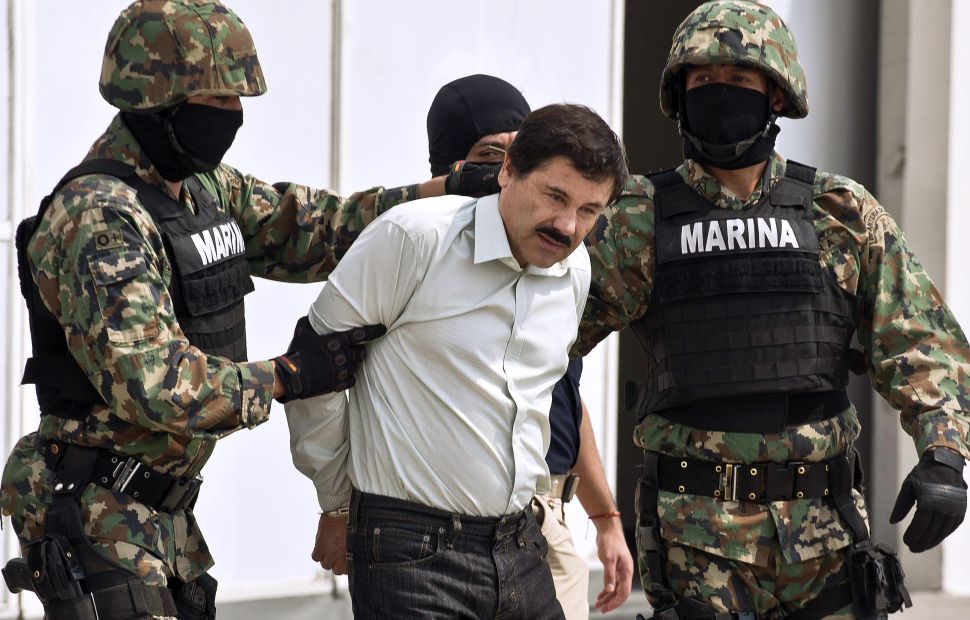