The life of Edgar Ivan Galván reads like an Oscar bait movie.

“It all began after my divorce,” said the former Sinaloa Cartel drug and weapons trafficker, who is now serving a very, very long prison sentence.

But Galván’s story does more than prove fodder for the next Clint Eastwood film, it also showcases the importance of a good lawyer, and great luck.

After pleading guilty to drug and weapons trafficking charges, Galván was sentenced to 24 years in Texas. His case almost went to trial. He had a lawyer, who even selected a jury, but decided to take a plea deal instead, believing he would get 17 years, or less.

Here, the story gets interesting. In prison, Galván met a man who said he would file a 2255 motion on his behalf for a fee of a mere $200.

“A 2255 motion allows an incarcerated defendant who was convicted of a federal crime to challenge the injustice of the sentence as well as the conviction upon which the sentence is based,” says the law website of Hamilton and Grant, a Texas-based law firm. It usually is filed by people who feel they have been harmed by inadequate consul.

The man backdated the motion to June 6 and told Galván that he must sign it immediately to get it into the judge in time. The judge threw out the motion, because it contained some bold-faced lies (it claimed he was innocent). “It was my mistake,” said Galván. “I signed it without reading it.”

Galván is unquestionably guilty, but so are the other players in this trial who are facing more serious charges, and somehow similar amounts of time.

By 2001, Zambada was a boss in the cartel, rivaling the stature of his father and Joaquin “El Chapo” Guzman. “I was being more wanted then, because I was in charge of Culiacán for them,” he said.

Zambada claimed that for years he dreamt of getting out of the cartel and living a different life. In 2007 (before his capture), Zambada began talking to the DEA in order to start the process. After being arrested, Zambada was facing two conspiracy charges for drug trafficking in separate cases. One was in Washington, D.C. and the other was in Illinois. According to the prosecution, Zambada was facing a level 51 offense, which is so high it is not even on the chart.

After agreeing to a 17-page plea agreement—his one chance to avoid a life sentence—in 2012, he agreed to cooperate with the government. The mandatory sentencing minimum went down to 10 to life, and the two cases will be tried as one. Zambada’s wife and children were also allowed to come to the United States, and allowed to keep $400,000 to live off of.

Zambada met with the government over 100 times and provided locations and information about his father Mayo Zambada (now the head of the cartel, who is still uncaptured).

Vicente Zambada has not been sentenced yet, but if it is determined he adequately helped the government, his sentence will be far less than it could have been. If he gets the best reduction possible, he could be out of prison in just a few years, due to time already served while waiting for sentencing.

Another witness in the El Chapo trial, the cocaine kingpin Juan Carlos Ramirez Abadía (AKA “Chupeta”), who would often traffic more cocaine in one shipment than Galván ever saw in his lifetime and ordered the killings of over 150 people, will get a maximum sentence of 30 years because of Brazil’s extradition laws. He is from Colombia, but Brazil is the country in which he was apprehended.

“I had no idea about the laws there,” Chupeta said when asked about this lucky break. If he had been captured in the U.S., it would have certainly been a life sentence.

Thanks to his government testimony, Chupeta is hoping to have his sentence brought down to 25 years, one year longer than the sentence that Galvan is currently serving.

The two stories could not be any more different. Chupeta was a career cartel member before working his way up to being a leader. Galván used to be a grocer and a cabbie before partying with cartel members, and getting sucked into the life of a low-level trafficker (who never even met El Chapo). Yet, the two are facing a shockingly similar amount of time.

Thanks to his testimony, Galván might be able to shave a chunk of time off his sentence as well, but he has no agreement with the government for what that would look like.

Whatever happens to the one-time cab driver, his story sheds light on a few key points. First, if you are going to be in a cartel, be a leader so you can turn on somebody else. Second, if you are going to get captured as an international drug trafficker, make sure it is in Brazil. 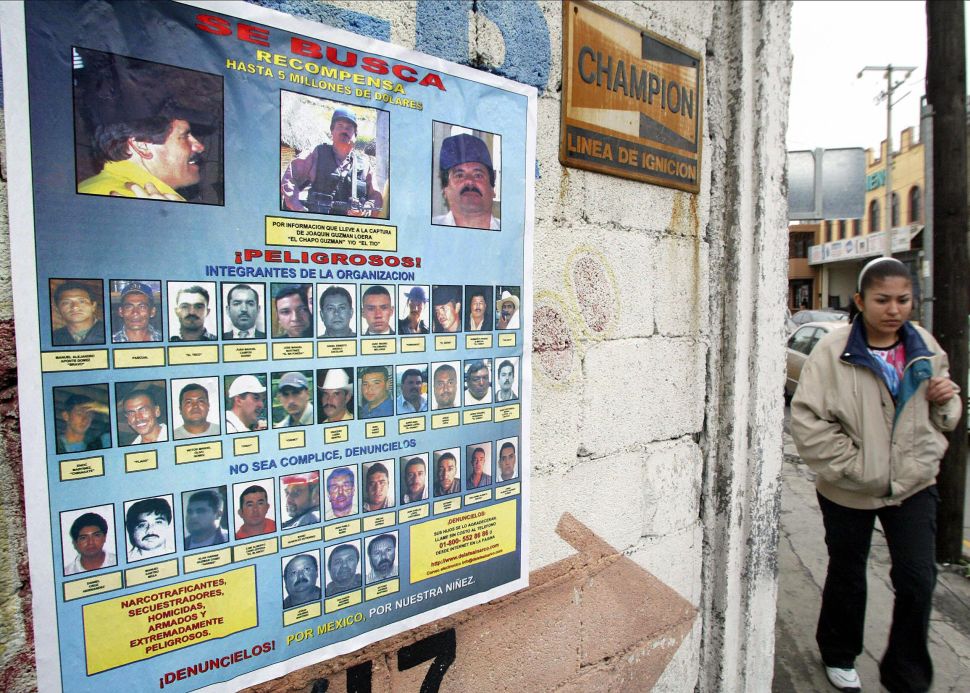