The noise of cartel employees digging through the concrete to get into El Chapo’s prison cell was so loud that the other inmates started complaining.

El Chapo had only been in prison a few weeks before a plan was hatched to get him out, former Sinaloa Cartel associate Dámaso López Nuñez testified today. In late March or early April of 2014, Lopez met with Emma Coronel Aispuro, El Chapo’s wife, to discuss breaking the cartel leader out of prison.

At the meeting she told him “that he was thinking of taking the risk again of escaping the prison, and he wanted to know if I would help him.”

López agreed and set about buying supplies, including a warehouse, weapons and an armored pickup truck, while Chapo’s sons purchased a plot of land south of the prison and a watch with GPS, which had to be smuggled into the cell, so the crew could know exactly where to dig. Coronel passed messages.

In 2015, Chapo reported that he was already hearing noise. It turned out to be the team trying to break through the extremely thick concrete, which took a long time to burrow through. Eventually, they broke into the cell’s shower, and the rest is history—caught on video.

El Chapo was pulled through the new tunnel on to a motorbike and then hopped on an ATV, driven by Coronel’s brother, and was ushered to a waiting plane.

At this part, El Chapo leaned forward in the courtroom and smiled a little. Coronel, who was also in the courtroom today, has not been charged for her role in the escape. Her face, hard to read, did not give anything away. López, who was testifying, had been making El Chapo’s life in prison easier for years; although today, he is trying to do the opposite.

In 1999, López was the director of security and custody at Puente Grande prison where Chapo was held from 1995 until his escape in 2001. At the time, he made El Chapo’s life in prison easier; now, he might be making it harder.

López fielded handwritten requests from Chapo, as is the customary procedure, for outside goods. Some were for new clothes or shoes, while others were for a cell phone capable of connecting to email (who knew they even had that at the turn of the century) and his second wife.

“On that occasion, my compadre asked me to help him, so that one of his wives could get in,” said Lopez.

Chapo already had one wife, Alejandrina María Salazar Hernández, listed as a visitor, but wanted to see his second one without having to erase the first from the list, understandably.

“It would have to be done clandestinely,” said López.

In return for these allowances, López, who is also the godfather to one of Chapo’s young twin daughters, was given one of his own.

“On one occasion, he gave me $10,000,” said López. Additionally, he received a house worth 1.5 million pesos. Perhaps the most touching example of El Chapo’s generosity came when he helped pay expenses after López’s child got into an accident.

In January of 2001, El Chapo escaped prison for the first time when a man named Chito pushed him out of the building in a laundry cart.

“He felt a moral commitment to help them, and through his lawyer, he was helping them,” said López.

He also quotes Chapo as saying “that really the plan for his escape was spontaneous.” It only occurred after he received notice by federal friends of an extradition order. El Chapo was quite comfortable running the business from prison, as was discussed even earlier in the trial proceedings.

In fact, López’s account of Chapo’s prison life does not do the scene justice. To complete that picture, an older testimony is required.

Miguel Angel Martinez, Chapo’s ex-lieutenant who later survived four attempts on his life after he was captured, which included a number of stabbings  and a band playing this corrido (a popular type of ballad) outside of his house all night before somebody threw a grenade into his cell the next morning, had a very different prison experience than his employer.

In November, Martinez testified about visiting Chapo in prison after visiting hours to take care of some business. He described the prison as having live music—similar to the kind he later stared down death to—and Chapo wearing very nice clothes and shoes (we know who he got them from), as well as any food or beverage option a man could want.

“Lobster or sirloin or pheasant,” he said.

There was music, and according to Martinez, inmates acted like staff, with some cooking while others cleaned, and still more took on security detail.

“So, fair to say this was like a party in there?” asked the prosecution.

Where Are They Now?

The 2015 escape was El Chapo’s last, though he tried again after being captured in January of 2016.

In February of that year, López again met with Coronel. He was, “going to make a huge effort to escape again,” she said.

López was given $100,000 to buy another plot of land, but before they could begin again, Chapo was transferred from Altiplano to another prison, Ciudad Juárez.

A $2 million dollar bribe was placed to the Mexican chief of prisons to get him back to Altiplano, but he was never taken back, which brings the story to today, in a Brooklyn courtroom.

While El Chapo stands trial, he resides in Manhattan Correctional Center, under very heavy security, which The New York Times detailed before the trial. The prison has been called inhuman by some, with rules such as 23 hours of fluorescent lighting a day and no human contact (earlier in the trial, Chapo was even denied a hug from his wife).

He is kept in a “segregated cell” with no view of the world, according to the article.

Security is so tight, the entire Brooklyn Bridge is closed as law enforcement transports the defendant to court, just across the river.

If El Chapo’s life in American prison is anything like that of Vicente Zambada, son of El Mayo, another leader, and at one time more wanted than both El Chapo and his father, according to him, it is not very pleasant.

Zambada was held in the Special Housing Unit (SHU) and did everything in his cell for two years, until he agreed to cooperate with the government. Meals were handed through the door slot, sometimes hours late. “You didn’t even get to breathe fresh air or see the sun for those two years,” said El Chapo’s defense lawyer Eduardo Balarezo, during his cross examination, trying to get Zambada to admit that he was lying about testimony in exchange for better treatment.

“You told her you were dead inside from being in the SHU,” Balarezo said, referring to a call between Zambada and his wife.

If El Chapo has died inside while in prison, he does not show it. During the trial, he has been calm and alert, taking notes and speaking with his defense team.

There have been no outbursts, even as he’s seen a parade of old friends, and a lover, try to bury him in exchange for lighter sentences of their own. 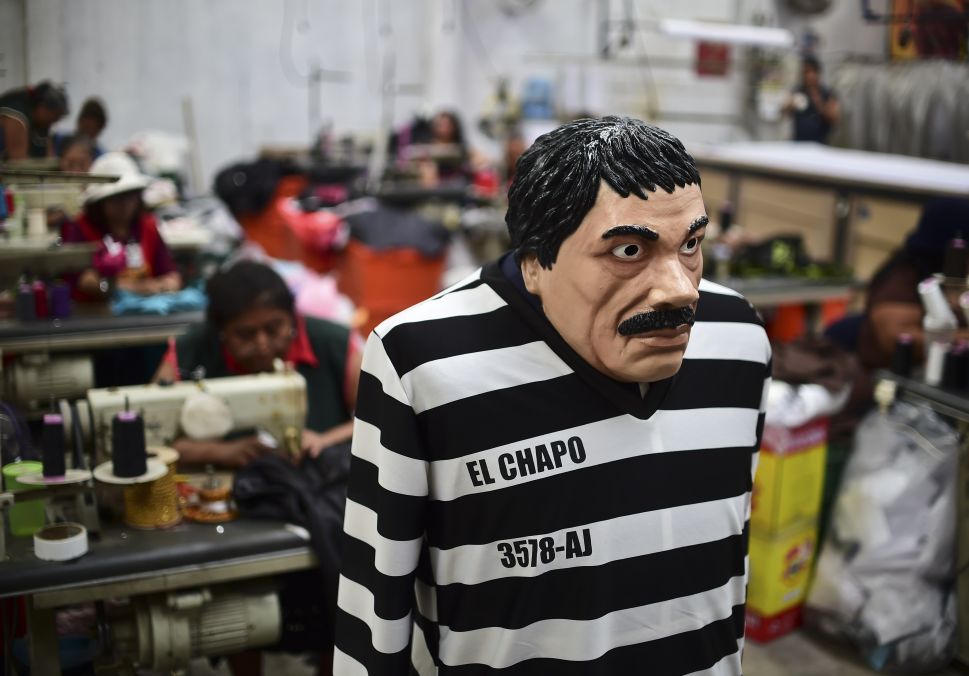