In recent weeks, Sen. Elizabeth Warren has brandished her foreign policy credentials ahead of a widely speculated 2020 run. There was her op-ed for Foreign Affairs this month—a sort of right of passage for Democratic presidential contenders—where she laid out her gripes with the liberal international order, and the threats she believed President Donald Trump’s strand of nationalism poses to “democracy itself.”

On Wednesday, the Massachusetts senator continued building her foreign policy platform by introducing the bicameral No First Use Act. The bill aims to establish in law that the United States will not use nuclear weapons first against hostile actors.

“Our current nuclear strategy is not just outdated, it is dangerous,” said Warren in a statement alongside Congressman Adam Smith (D-Wash.), who is co-sponsoring the legislation. “By making clear that deterrence is the sole purpose of our arsenal, this bill would reduce the chances of a nuclear miscalculation and help us maintain our moral and diplomatic leadership in the world.”

The bill aims to strengthen American deterrence” by “clarifying our declaratory policy” and by “preserving the U.S. second-strike capability to retaliate against any nuclear attack on the U.S. or its allies.” Warren has already made nuclear proliferation a key component of her possible presidential campaign, and laid out three core principles on the issue.

“One: No new nuclear weapons,” the senator told an audience at American University last November. “Two: More international arms control, not less… Three: No first use. To reduce the chances of a miscalculation or an accident, and to maintain our moral and diplomatic leadership in the world, we must be clear that deterrence is the sole purpose of our arsenal.” 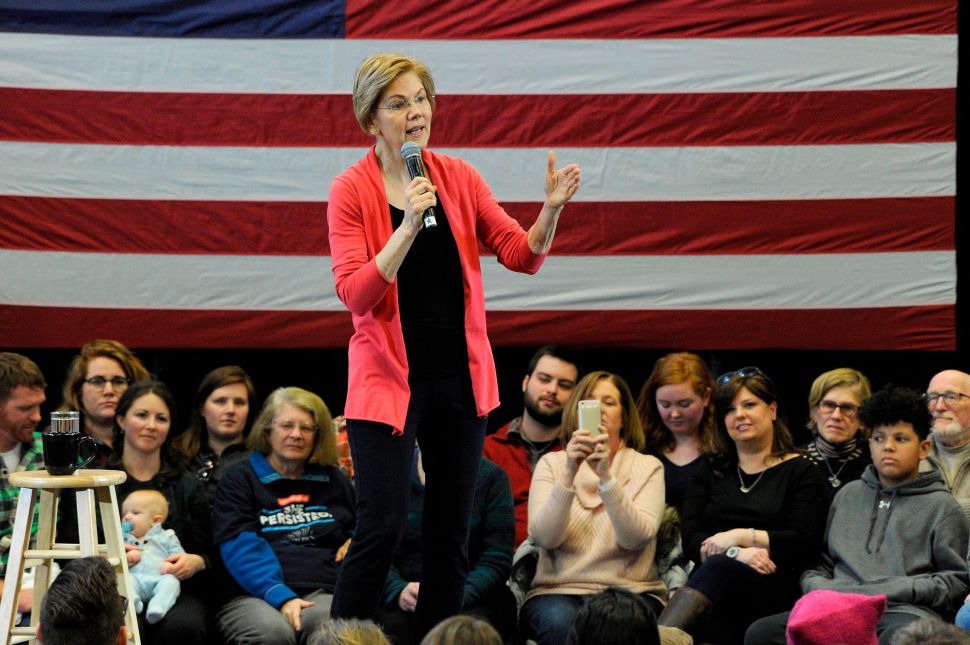