It turns out that Emily Blunt and John Krasinski are staying put in Brooklyn. After the couple sold their extensively renovated Park Slope townhouse last spring, we started wondering if they were rethinking their move from the West Coast to New York, but the couple managed to scoop up a luxe apartment without anyone noticing—until now, that is.

The Quiet Place co-stars doled out a total of $11 million for two separate condos on the same floor of the Standish in Brooklyn Heights in June last year, per public records first spotted by The Wall Street Journal. They’re most likely planning to combine the two units into one sprawling abode, though we can’t say for certain just how massive the new pad will be—the apartments were never publicly listed.

We do know, however, that apartments at the Standish feature bay windows, custom kitchens with Bertazzoni Italia and Bosch appliances, and brass Fantini fixtures. The bathrooms are equipped with rain showers and travertine and mosaic accents, and some of the units have freestanding bathtubs.

Blunt and Krasinski paid $6 million for the aforementioned 5,200-square-foot Park Slope townhouse, which they bough in December 2015 and sold for $6.56 million last year, after investing more than $300,000 into remodeling the place. At the time, Krasinski said he and Blunt, who have two children, were selling the seven-bedroom home because their hectic travel schedules prevented them from staying in one place for extended periods of time and that “someone who can spend every night there should have it.”

But the pair must have changed their minds pretty quickly, considering they bought the Standish units just a month after offloading the townhouse. Maybe they were in the mood for a change, or just wanted to explore a different part of Brooklyn.

As costly as Blunt and Krasinski’s new home is, it’s actually not the most expensive sale at the Standish. That award goes to Matt Damon, who paid $16.75 million for the building’s penthouse last year, setting a record for the priciest residential sale in the entire borough. 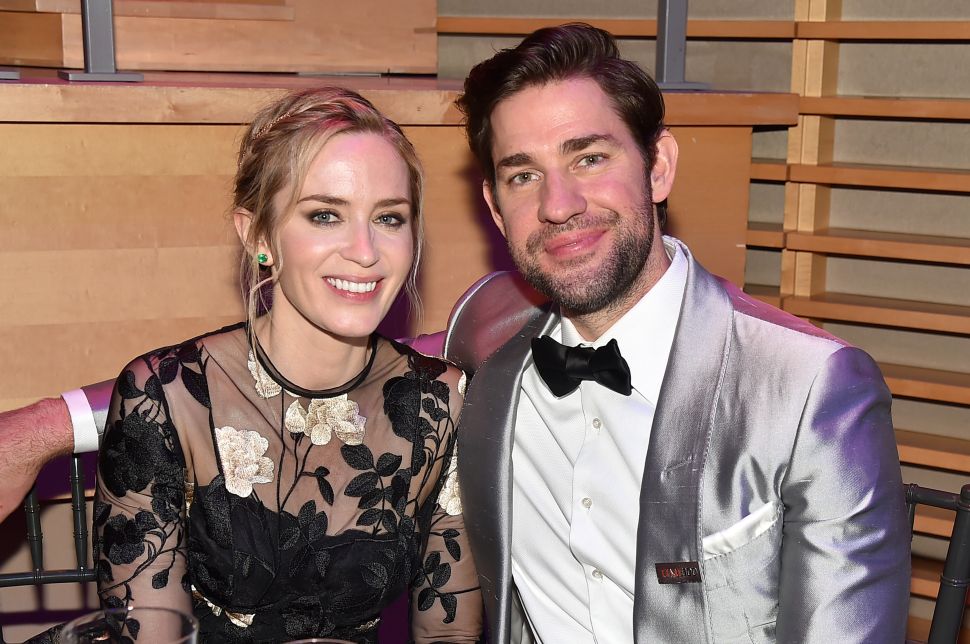