Yes, this is a pop-up within a pop-up, taking meta to a whole new level, but it also includes some very fancy burgers. Shake Shack will take over with a special menu in EMP Winter House’s yurt village from Thursday, January 24, to Saturday, January 26, serving up dishes like chicken schnitzel sandwiches, alpine Swiss burgers and truffle gravy fries. And because this is still very upscale and Aspen, guests can add freshly shaved black truffles to any dish for just under $25.

Drinks include the Swiss-Style Hot Chocolate Shack, which appears to be a dark chocolate, honey, almond and hazelnut beverage with honey marshmallow on top. You can spike it, or go for a more traditional spiked spice cider.

This isn’t a total takeover, so those partial to the standard EMP Aspen menu, which features fondue, caviar, veal schnitzel and bone broth, need not fret. The Shake Shack menu is only available in the aforementioned yurt village (also known as the EMP Winter House restaurant courtyard) from 12 p.m. to 4 p.m. on these specific days. Still, with their criss-crossed skis hanging on the walls and the cozy blankets draped over the chairs, these special yurts are like tiny, heated, personalized restaurants and they’re far more Instagrammable than the straightforward indoor dining option.

Only American Express cardholders can dine at the EMP Winter House pop-up and its Shake Shack takeover. But while this burger bash is fleeting, the village is sticking around a bit longer. Eleven Madison Park launched the exclusive temporary eatery in December, taking over the Chefs Club residency at the St. Regis, and it’s open to foodies and ski bunnies through April.

And if you’re not able to make it to Aspen for the Shake Shack residency, you can still live your best après-ski life in New York. Shake Shack is also setting up a yurt village at its original Madison Square Park location, where diners can enjoy an all-day, though slightly more limited menu from January 24 to January 27. Slopes not included. 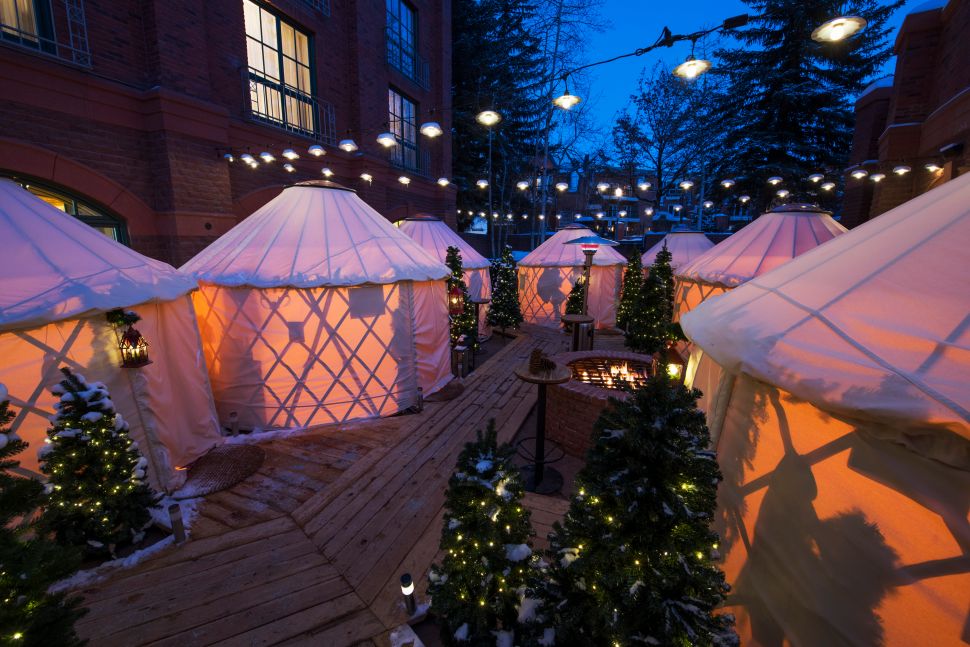