According to The New York Times, progressive operatives launched a social media campaign to associate Roy Moore with prohibition, in an attempt to discourage moderate Republicans from casting a vote for the disgraced GOP candidate. A “Dry Alabama” Facebook page promoted anti-alcohol messaging, and images of car crashes and emotionally wrecked families. The ads were viewed over 4.6 million times on Facebook, while a “Dry Alabama” video was viewed 430,000 times.

“If you don’t do it, you’re fighting with one hand tied behind your back,” the architect of the campaign, Matt Osborne, told The Times. “You have a moral imperative to do this, to do whatever it takes.”

Facebook announced last month that it had removed the account in a purge intended to deter election interference—over a year since the Southern race. Senator Doug Jones has since called for a federal investigation into the disinformation campaigns, and has instructed his legal advisors to file a complaint with the Federal Election Commission.

“I don’t think most people saw it and thought that’s a reason to vote or not to vote for Roy Moore,” Republican political consultant Elizabeth BeShears told the Times. “The only people who were still hanging on to the Roy Moore bandwagon were going to be there no matter what. Whether you’re still going to be able to drink a beer at your tailgate was not going to sway them.” 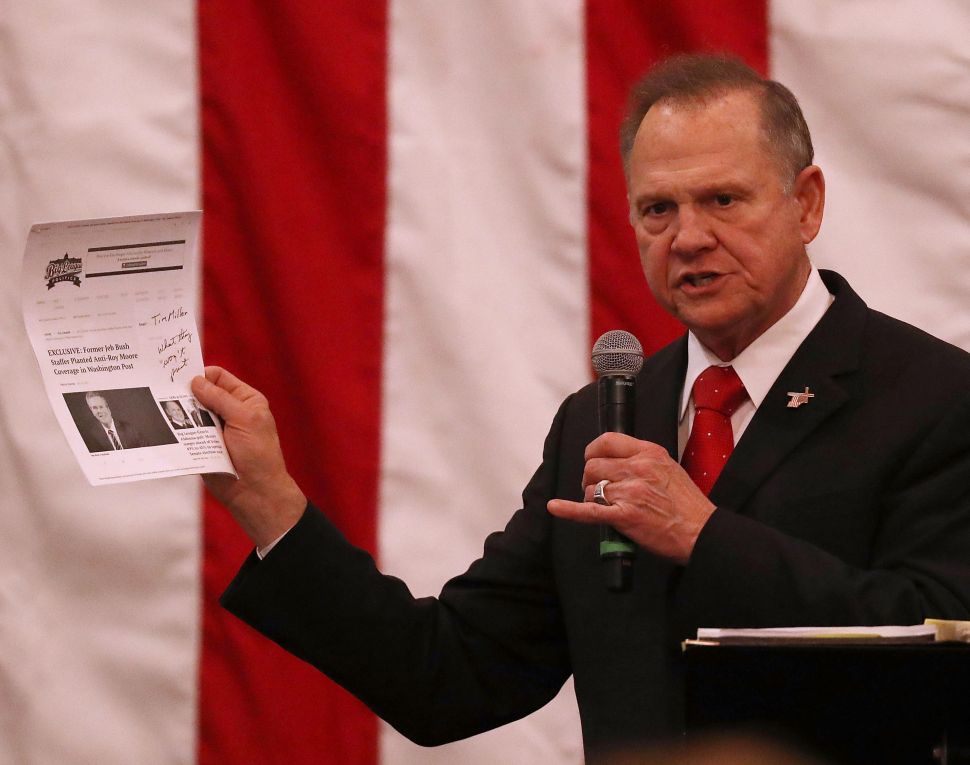