When you walk down the streets of New York City, Washington, D.C. or any big city, you will see people “vaping.” It has become a safe alternative to smoking, and many people have taken up vaping as a way to have a more socially acceptable way of dealing with the offensive smoke that comes from cigarettes. Of course, now the federal government is trying, in the name of consumer protection, to send the vapers right back to smoking unhealthy tobacco.

Millions of Americans engage in vaping as a way to get off cigarettes. Vaping is when a person uses a device that has a battery, cartridge containing a liquid and a heater that heats up the liquid that becomes airborne then inhaled into the lungs through what looks like an electric cigarette. These devices are becoming more common and the industry for “e-cigarettes” is growing by the day. Of course, when an industry starts to grow, the government takes a look at ways to regulate to protect safety.

Recently, the Food and Drug Administration (FDA) issued a threat to ban flavored vaping, because of a concern that young people are using the product. The industry has made it clear with safeguards on their websites and age restricted selling of products that they are committed to preventing kids from using their products. Just as with alcohol, tobacco and marijuana, it is impossible to completely keep these products out of the hands of kids in a free society, yet the industry has gone above and beyond to prevent as many children as possible from getting access to vaping products.

Adults should have the freedom to choose vaping, because it is a safe alternative to smoking cigarettes. Using the excuse that the government needs to ban these products for adults to stop kids from getting access to them is an overreach and a heavy-handed way to address this important issue. Restricting adult access would lead to more health problems when smokers transition from vaping back to cigarettes. This would be a big mistake by the FDA, because in their vigor to protect the health of Americans, they will end up hurting them.

The pretext of protecting children was the reason given for the most recent threat of a complete vaping ban. The Hill reported on January 19, “The Food and Drug Administration (FDA) says that e-cigarettes face an uncertain future in U.S. markets unless youth smoking rates drop over the next year.” The industry is trying hard to end access by young people to these products, and any study should be concerned about the validity of data if that data will be relied upon to impose a ban. Kids should not have access to these products, and the industry agrees with the goal.

The means of a complete ban to the ends of stopping underage use of vaping devices is way over the line and infringes on the freedom of adults who choose to use these products. Even more ironic, the tobacco industry would support a ban on vaping products, because they are losing business to vapers. Seems like a terrible decision if the tobacco industry and government regulators agree, because that type of a move by the FDA would have the stink of cronyism and would violate the FDA’s objective to protect the health of Americans.

While the use of e-cigarettes has vastly expanded, the use of traditional smoked cigarettes is in decline. The U.K. is going through the same debate, and there is data indicating that most vapers are ex-cigarette smokers. The U.K. organization ASH has studied the British market and found “an estimated 3.2 million adults in Great Britain currently use e-cigarettes (vape), up from 700,000 in 2012, the first year ASH collected figures for e-cigarette use.” They also found that “there are now more ex-smokers (1.7 million) who use e-cigarettes than current smokers (1.4 million). This means that over half (52 percent) of e-cigarette users are ex-smokers with 44 percent being current tobacco smokers.” The same is likely in the U.S. with vaping being a safer alternative to smoking.

Government regulators are supposed to protect, not hurt, the very people they are charged to help. The FDA’s mission is to protect “the public health by ensuring the safety, efficacy, and security of human and veterinary drugs, biological products, and medical devices; and by ensuring the safety of our nation’s food supply, cosmetics, and products that emit radiation.” They also have “responsibility for regulating the manufacturing, marketing, and distribution of tobacco products to protect the public health and to reduce tobacco use by minors.” Banning vaping will send many people right back to tobacco products and that outcome runs counter to the FDA mission.

Next time you see somebody walking down the street vaping, take a mental note, because if the federal government is successful, that person may soon be smoking a cigarette and the smell of smoke will be back on the streets. 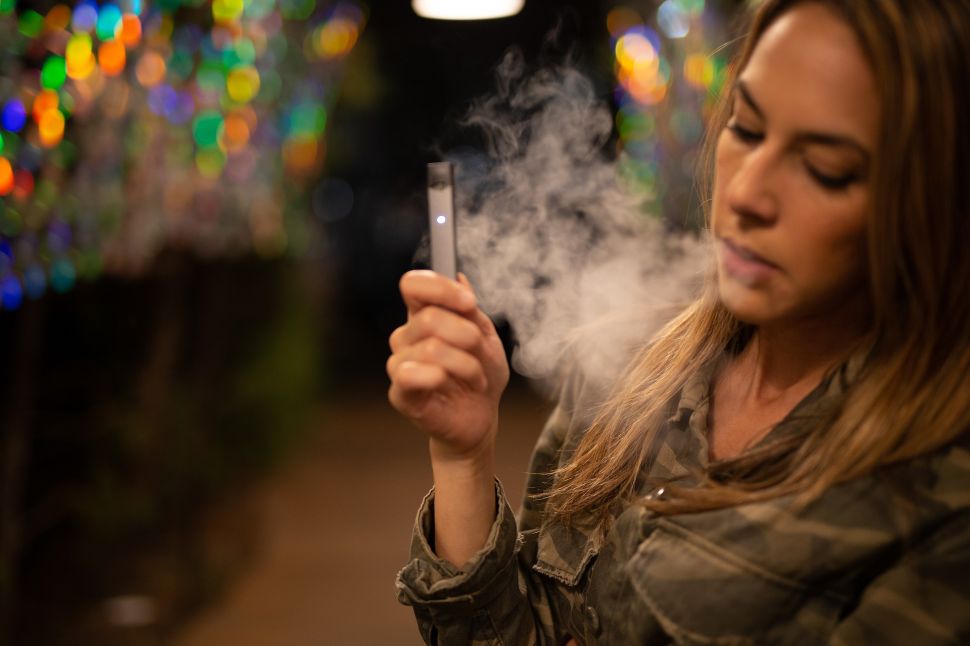