“I would love to know what changed because Democratic leaders just promoted a pro-BDS Democrat to a key committee that deals with the State of Israel,” responded House Minority Leader Kevin McCarthy (R-Calif.). “Anti-Semitism has no place in Congress and certainly not on the House Foreign Affairs Committee.”

Israel has hypnotized the world, may Allah awaken the people and help them see the evil doings of Israel. #Gaza #Palestine #Israel

Pelosi has spent decades positioning herself as a strong ally of Israel, making Omar’s appointment to the Foreign Affairs Committee even more unusual. But across Capitol Hill, freshmen Democrats are amassing political capital through congressional committees—breaking from decades of seniority practices, and redefining their party’s platform.

“We’ve never seen the number of appointments this high,” explained Sam Abrams, a professor of political science at Sarah Lawrence College. “Thanks to social media, thanks to members of Congress clustering around these nationalized movements, they’ve been able to assert their influence very effectively.”

Congressional newcomers Alexandria Ocasio-Cortez (D-N.Y.), Ayanna Pressley (D-Mass.) and Ben McAdams (D-Utah) all landed seats on the Financial Services Committee, considered one of the top-tier committees sought by lawmakers. Other freshmen to secure committee roles include Reps. Joe Neguse (D-Colo.) and Veronica Escobar (D-Texas), who will both serve on the House Judiciary Committee this year.

“We’ve got a really assertive, take-charge freshman class… They’re demanding a lot of opportunities that have historically not been made available to freshmen,” Rep. Jackie Speier (D-Calif.) told the publication, adding that she waited 10 years to get on the House Energy and Commerce Committee. “They’re going to shake this place up, and that’s kind of a good thing.”

The key to this consolidation of power involves socialization: Many Freshmen Democrats arrived in Washington having already forged alliances. Ocasio-Cortez and Pressley, for example, first met at a Manhattan fundraiser in June 2018, later bonding “over both being alums of Boston University and former service industry workers, as well as the shared experience of losing a parent,” according to Business Insider.

“This is a new form of power being excerised because historically this wouldn’t’ have happened,” Abrams told Observer. “Basically, you have all these people who know each other and have been talking to each other and suddenly they come in and they have incredible influence. Traditionally, new members of Congress would not have been able to break this traditional seniority system model.”

The House Speaker, meanwhile, has to acknowledge this political upheaval, and recognize the changing face of the Democratic Party.

“She has to placate this very powerful, very vocalized group,” continued the professor. “If Pelosi doesn’t work with them, they’re going to use social media to blast their concerns.” 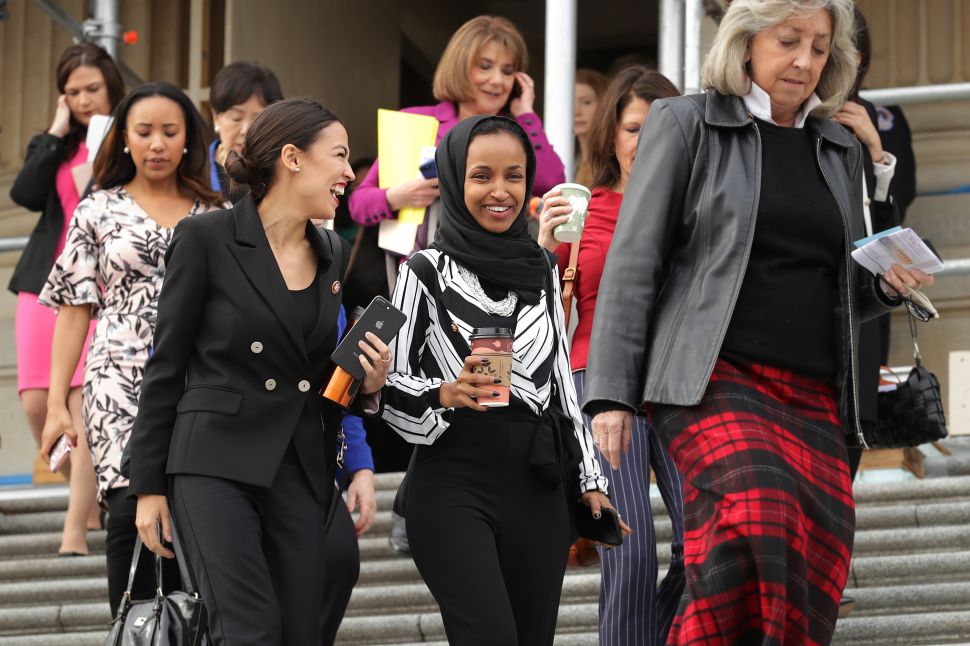