In 2019, television will support upwards of 500 scripted series, resulting in a whole slew of ambitious and enticing new shows. But no matter how large that total number grows or how grand these new big-budget blockbusters are, TV will still belong to Game of Thrones. As the fantasy epic concludes its eight-season run as HBO’s most popular series ever and as one of the most successful global television endeavors in history, one major story line that viewers are eagerly anticipating is the reveal of Jon Snow’s true identity.

As Thrones officially confirmed last season, Jon (Kit Harington) is the true son of Rhaegar Targaryen and Lyanna Stark and the legitimate heir to Westeros’ Iron Throne. While it’s greatly satisfying to see our hero elevated to such a status, his lineage, er, “complicates” his relationship with Daenerys Targaryen (Emilia Clarke) in a multitude of ways. For starters, she’s actually his aunt, so right off the sword there’s a considerable ick factor to consider. Politically speaking, this also muddies their alliance—Jon bent the knee to the Dragon Queen and pledged to help her take the throne.

How will they both feel about their incestuous relationship? And will Dany, who has spent her entire life working to reclaim her family’s legacy, feel threatened by Jon’s more legitimate claim?

“From a dramatic standpoint, it makes things interesting, because the story is no longer about who Jon’s parents are,” co-showrunner D.B. Weiss told TV Guide. “It’s about what happens when Jon finds out.”

Their union is the last semblance of hope for humanity as Cersei works to betray them despite the looming threat of the Night King’s army. A fracture in Jon and Dany’s relationship would leave the realm vulnerable at the most dire hour.

“Daenerys’ lifelong dream has been to avenge her family and claim her rightful seat on the Iron Throne,” Clarke said. “She truly loves Jon. Were she to find out about his title, it would cut deep.”

As for Jon, his character has always been defined by his steadfast morality. The truth of his parentage will paint the consummation of his love for Dany last season in a very difficult new light.

“Jon is someone who plays by the book. He cannot lie,” Harington said. “Finding out about Dany would be very hard for him.”

A Song of Ice and Fire author George R.R. Martin, who penned the novels on which Game of Thrones is based, has previously teased a “bittersweet” ending to the story. The most obvious interpretation of that hint is that Jon somehow sacrifices himself to save the day, finding the eternal peace he seems to have always yearned for, while Dany assumes control of Westeros. But this being Thrones, the obvious answer is likely the most unlikely.

We’ll find out more about how this reveal affects our heroes when the final season of Game of Throne premieres in April. 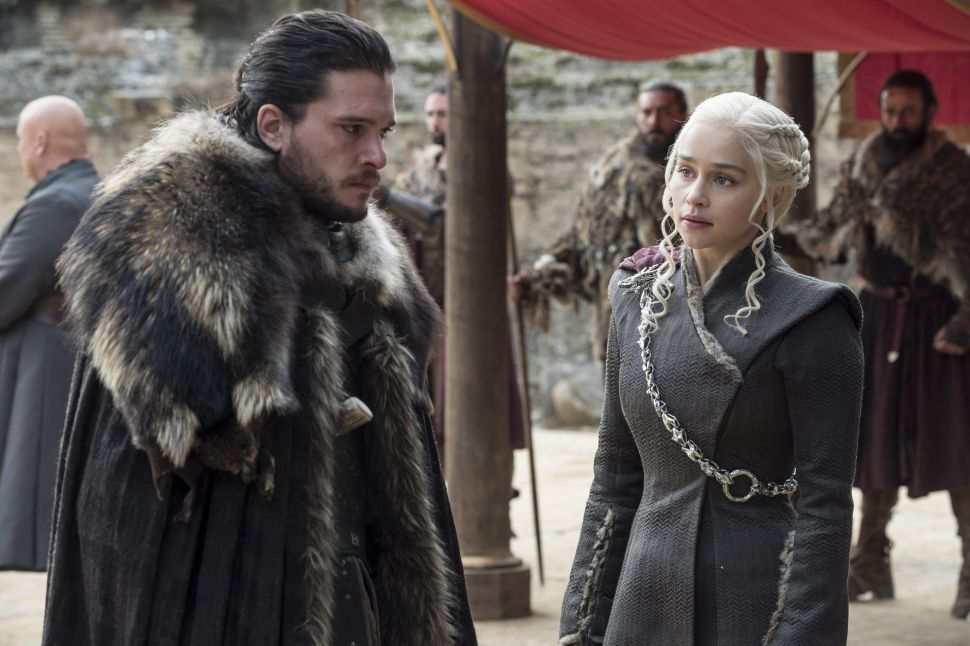