HBO finally loosened its death grip on details for the upcoming supersized final season of Game of Thrones. Specifically, they announced an exact premiere date—April 14—and released a brand new teaser ahead of the True Detective season 3 premiere.

Though this trailer is more of a hype-inducing teaser that doesn’t actually include footage that will feature in any coming episodes, it is still packed with thematic clues to the upcoming season. So let’s dig into it a little deeper and see if we can’t just parse some of the meaning present.

The action takes place in the crypts of Winterfell, where we first see Jon Snow (Kit Harington) walking by Lyanna Stark’s tomb. Though Jon does not yet know it, the audience is well aware of his true parentage: Lyanna was Jon’s mother and his father was Rhaegar Targaryen. Jon is the one true heir to the Iron Throne, a crucial piece of intel that will undoubtedly cause a ruckus between him and Daenerys. It’s not hyperbole to say that the entire final season hinges upon this reveal.

In the teaser, we hear some of Lyanna’s final words to Ned Stark as she died after giving birth: “You have to protect him.” As Jon walks by, a feather falls from the statue, which eagle-eyed viewers may recognize as the very same feather King Robert left there in the pilot episode.

Shortly after falling, the feather freezes in the advancing cold that has suddenly descended upon the crypt. Love, in this world, is fleeting and the Army of the Dead approaches in the bleak darkness.

Sansa Stark (Sophie Turner), meanwhile, is seen walking by the statue of her mother, Catelyn, as the long-dead character’s voice over kicks in: “This horror that has come to my family…it’s all because I couldn’t love a motherless child.”

The quote is pulled directly from Season 3, when Catelyn opens up to Robb’s wife, Talisa, about her own regrets from Jon’s childhood. When Jon was a baby, he was struck with a mysterious illness and when it looked as if he would not make it, Catelyn promised the gods she would be a mother to him if he got better. Obviously, Jon did regain his health, but Catelyn could never accept him—he was a constant reminder of Ned’s (believed) infidelity.

In the final season, Sansa may very well be faced with a similar issue: will she still support Jon once she learns the truth about his lineage? How deep do familial ties run in Westeros and what are the consequences of (dis)loyalty?

Later in the teaser—after we see Arya (Maisie Williams), who doesn’t really receive a quote related to her character development—Jon walks by Ned’s statue to these words: “You are a Stark. You might not have my name, but you have my blood.” This Season 1 quote obviously comes from Ned, who cheekily flits the truth without actually lying. Jon does have Stark blood flowing through his veins, but he’s legally a Targaryen.

Just as many characters have suffered a crisis of identity throughout the show, so too will Jon have to decide who and what he is. But despite the varying levels of fate attached to his three last names, Jon will have the option and strength to choose which path he wants to plot for himself. And, in the face of an apocalyptic threat, do House names really matter?

As the teaser revs up to its conclusion, Jon, Sansa and Arya come upon statues of themselves in the crypt. Bastards and non-Starks do not receive tombs underneath Winterfell, which may hint at which direction Jon is leaning in his quest for self. It also unfortunately suggests that all three could die this season—GoT may have lost some of its bite in recent years, but you can expect a hefty body count in this final run.

And then, before we can give the matter any additional thought, the cold bursts through the crypt as Jon and Arya draw their swords. The final fight has arrived.

This Game of Thrones teaser was light on actual footage from the final season, but it laid the foundation for the series to continue leaning on its rich tapestry of thematic value. Identity, legacy, love and evil will define the final season. 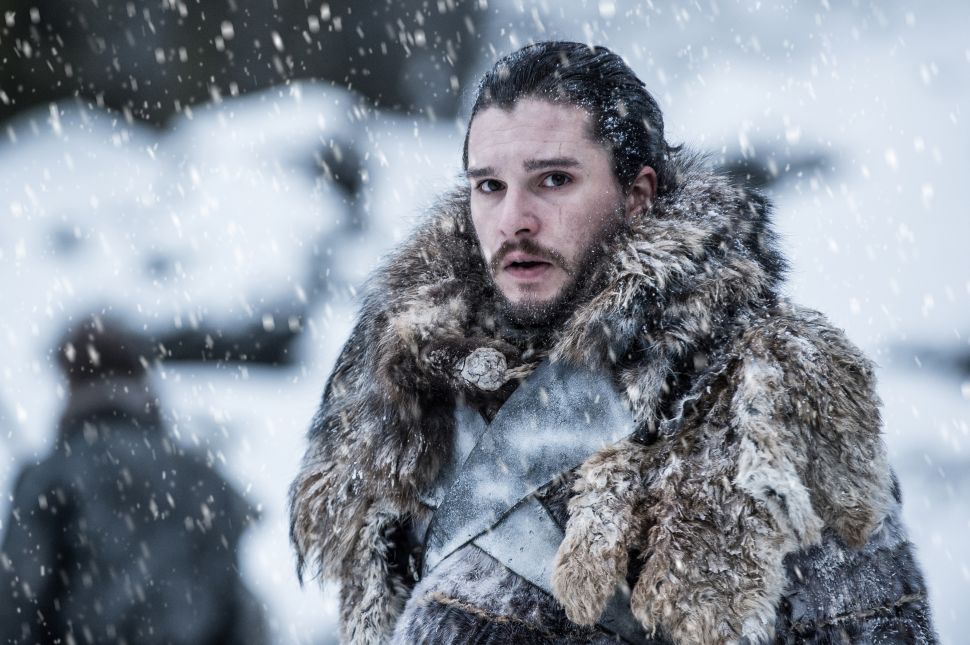