While entrepreneurs and policy makers were enthusiastically debating over the possible benefits and harms of artificial intelligence at the World Economic Forum (WEF) in Davos, Switzerland this week, billionaire investor and philanthropist George Soros wanted to bring attendees’ attention to China, where an apocalyptic A.I.-dominated future many fear is already turning into reality.

During a private dinner on Thursday, Soros warned his fellow business leaders of the great danger of China’s Black Mirror-esque “social credit score system,” which would rank the country’s 1.4 billion citizens by an individual credit score derived from their social behavior using A.I. and machine learning technology.

“I want to call attention to the mortal danger facing open societies from the instruments of control that machine learning and artificial intelligence can put in the hands of repressive regimes,” Soros said. “The social credit system is not yet fully operational, but it’s clear where it’s heading. It will subordinate the fate of the individual to the interests of the one-party state in ways unprecedented in history.”

Speaking of the possible consequence of the system, Soros also publicly slammed Chinese President Xi Jinping, who ordered the surveillance program in 2014, as the “most dangerous” opponent to those who believe in an open society.

China is already piloting the “social credit system” in some regions of the country. And the government is continuously pumping cash into its homegrown A.I. industry. According to Beijing’s plan, the program will roll out nationwide by 2020, or less than 12 months from now.

In response to Soros’ criticism last night, China’s foreign ministry spokeswoman Hua Chunying said at a press conference Friday morning that his comments were “nonsense” and “unworthy of challenging.”

Soros has a long and complicated relationship with China. He became a household name in the country in the late 1990s largely for his role in the 1997 Asian financial crisis. Soros’ aggressive short selling of Asian currencies before the crisis was often blamed as a main cause for the economic collapses in Korea, Thailand and Malaysia.

China, which managed to come out of the storm barely scathed thanks to its relatively closed economy at the time, revered Soros as a finance guru after the crisis. He was frequently invited to speak at universities, on TV shows and even at private meetings with China’s top leaders.

But in more recent years, Soros has become a foe of Beijing due to his vocal criticism of China’s authoritarian government and his high-profile bet on a “hard landing” of China’s bubble-like economy by short selling the country’s currency.

In 2016, Chinese state newspaper People’s Daily declared him an “enemy of the Chinese people” in a front-page headline titled “Declaring war on China’s currency? Ha Ha.” 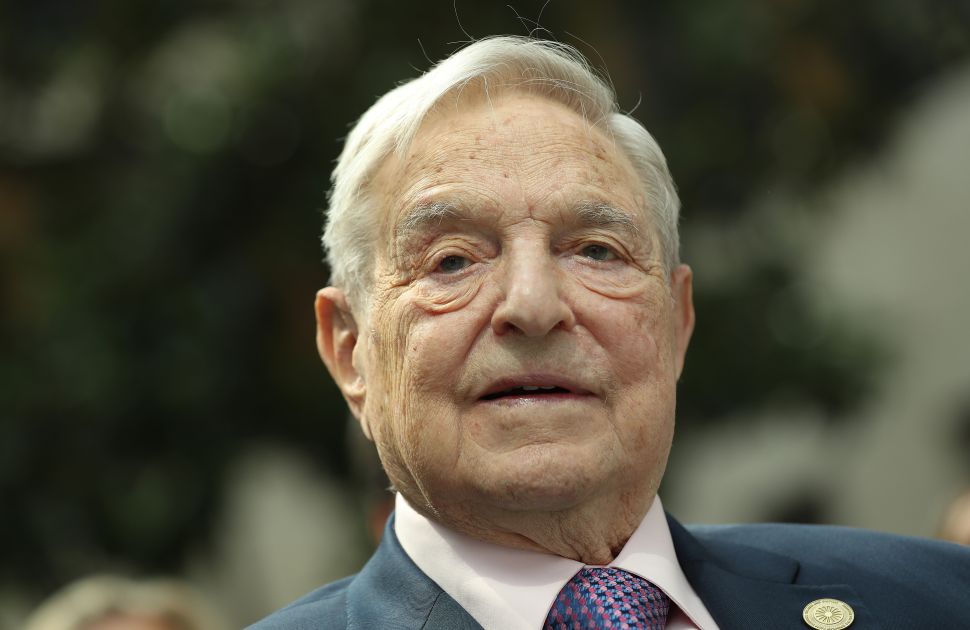