It’s 2019 and Neil Degrasse Tyson is canceled, Amanda Bynes is uncanceled and Fox’s new reality series The Masked Singer will never be canceled. We’re doomed. So can we give M. Night Shyamalan another chance?

Shyamalan conjured himself into pop culture immortality with the 1999 film The Sixth Sense. It was the second highest grossing film that year, giving us two hours of frights and a generation of twist-ending memes. But then something happened. Shyamalan went from a director in demand to a director studios didn’t even want to name on movie posters. Even more tragically, he became a running joke.

With Glass hitting theaters everywhere on January 18, and the movie garnering reviews that, while not stellar, at least round off a solid three recent releases for the director that aren’t bombs, let’s examine why we’ve been so hard on him, and look at whether it’s time for audiences and industry insiders let him back into their hearts.

He got set up for BIG expectations.

After working his way up in Hollywood for a few years, Shyamalan’s windfall hit at age 28 when he sold a new script to Disney to the tune of $3 million. That script was The Sixth Sense, a movie that is so ingrained in pop culture it changed the way we would finish the sentence “I see…” forever after. The film was a sensation and even garnered him an Oscar nomination for best director. He followed it up with Unbreakable, a complex, surprisingly moving superhero drama that is equally as good as The Sixth Sense, if not better. His third film, Signs got him a four star Ebert review, with Newsweek calling him the next Spielberg and solidifying a legend.

With this massive amount of pressure, and an unspoken expectation from fans for another twist ending, Shyamalan made his next film.

In The Village, the 19th century residents of an isolated hamlet have been forbidden to leave their home due to “monsters” in the woods. From Roger Deakins’ photography to James Newton Howard’s score to the star-studded cast, The Village is an ambitious, visually stunning and perfectly passable movie. But at the time, it was a huge swing and a miss. In fact, it made people furious. The film dropped 67.5 percent at the box office between its first and second weekends and got a one star review from Roger Ebert, who called it a “colossal miscalculation.”

In critics’ defense, the movie does feature characters using Hester Prynne-speak (always a tough sell), major plot holes and an anticlimactic twist that lands with a thud in the middle of the movie. But looking back, did we hate it because it was bad (and it’s not great) or because expectations were so unrealistically high?

It wasn’t just one underwhelming movie.

Another reason for the hate is that Shyamalan’s lows are very low. After The Village, the director went on to make the low-grossing Lady In The , which he said “freed him from the confines of filmmaking.” It centers on a nymph who shows up in an apartment complex, and he cast himself in a huge role in the movie, as a writer who essentially saves the world with his work. Yikes. Next he made After Earth, which is hilariously and forever linked to the Smiths’ involvement in scientology, and finally, The Last Airbender, which saw him ruin a beloved cartoon franchise. These aren’t just flops, they’re mistakes. And if we’ve learned anything from pop culture it’s that low lows always overshadow high highs (Insert name of any female pop artist here.)

On a personal level, Shyamalan presents himself as unlikeable, or at least weird, even for a director. To the point where he is almost inviting you to make fun of him. Not only did Shyamalan cast himself as “the chosen one” in Lady In The but he has given himself roles in almost all of his movies. And not just cameos. Like, good roles.

He also made a three-hour “unauthorized” documentary with the Syfy network about himself, but tried to present the movie as if he did not fund it. The film asserts that due to a childhood accident, Shyamalan has a connection to the supernatural. It was debunked as a publicity stunt.

And then there’s this American Express commercial he directed and starred in. So yeah, he’s not doing himself any favors.

But maybe we just didn’t “get” his bad movies.

What if we contextualize Shyamalan’s movies as, “Straight Camp?” And no, I’m not referring to the place my parents wanted to send me that one summer (kidding!). Camp is when something is enjoyable because it is bad—usually ironically enjoyed by the LGBTQ community. But what about camp for straight people? Could his movies be that?

Mark Wahlberg speaking in a high-pitched voice for some reason in The Happening? Straight Camp. Adrien Brody’s tasteless depiction of a character with a learning disability in The Village? Straight Camp! Will and Jaden Smith’s characters being named Kitai and Cypher in After Earth? Yes! Camp, but for straight people. Love wins! His good movies are good, and his bad movies may be bad, but they’re midnight screening level bad…which makes them good, in a way.

And we didn’t realize when he started producing solid stories again.

Shyamalan went low-budget with his next movies, 2015’s The Visit (which he self-funded because no one believed in him by then) and 2017’s Split, which are both excellent and each made a significant box office profit, marking Shyamalan’s triumphant return. The Visit is a terrific, slept-on horror movie on par with The Orphan. And Split is a masterful exercise in simple storytelling. His new film, Glass, completes an enjoyable, cohesive and not Marvel- or DC-affiliated superhero trilogy 20 years in the making. He is without question making solid, thrilling movies again and has been for a minute.

Shyamalan is an undeniable talent—maybe ambitious to a fault, but he certainly has a distinct style that can result in truly excellent examples of filmmaking. Even his missteps are iconic and great “for the culture.” And when examined in context with directors who have done worse but are far more respected, like Michael Bay or Colin Trevorrow (seriously is anyone clocking what that guy is doing?), it seems unfair to keep him in the penalty box. It’s time to call it, 2019 is the year we should stop dunking on M. Night Shyamalan. 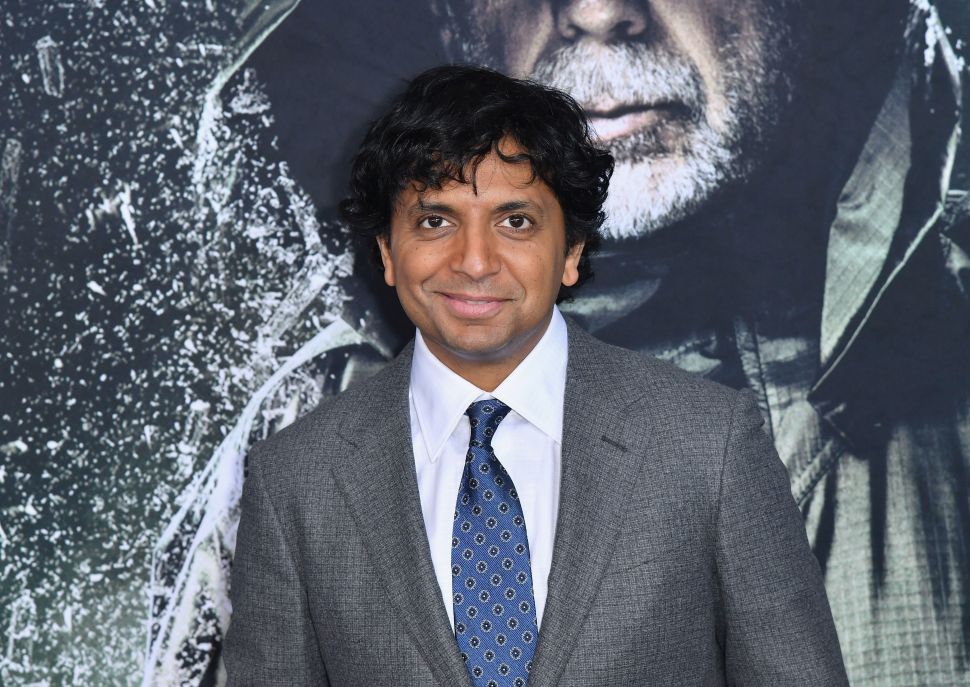