One could easily make the case that M. Night Shyamalan’s Unbreakable (2016), Split (2016), and the upcoming Glass (2019) compose Hollywood’s first modern original shared cinematic universe. The Fast and the Furious unintentionally stumbled into franchise territory because of early contract disputes, and the Marvel Cinematic Universe is based on existing source material. That leaves Shyamalan, who has the opportunity to cement his Hollywood comeback if Glass is a hit. But the director isn’t enthralled with the idea of establishing this sort of big-screen continuity, despite having planted the the seeds for one early on.

“That’s not interesting to me,” Shyamalan said of making his own cinematic universe in a recent interview with Vulture. “There’s no danger in that. Or not enough danger, let’s say that.”

Upon further prompting, he added, “For me, my weapon isn’t matching pyrotechnics against pyrotechnics. I’m just not good at it! I just can’t—Avengers and movies like that—I mean, I don’t even know how they do these things.”

It’s true that the more ambitious Shyamalan has aimed to be in his career, the more his movies have struggled. Large-scale blockbusters such as 2010’s Avatar: The Last Airbender and 2013’s After Earth were notorious box office flops that were also savaged by critics. And yet, Shyamalan had always planned some sort of union between Unbreakable and Split from the very first draft. The smaller-scale Split, with a budget of around $10 million, was one of the most profitable films of the year it was released, grossing almost $300 million worldwide.

“That was always the idea,” the filmmaker explained. “Originally Unbreakable and Split were together. David and the Horde bump into each other at the train station, and David follows him.” However, given the narrative issues at play in the first film—it’s first and foremost about a man accepting his true self—the nod to Split was ultimately cut in favor of more specific character focus. “Whenever you raise the stakes, you can’t unraise them. So once you introduce girls being abducted, there’s a ticking clock that doesn’t allow for the breadth of character development that I wanted to do in Unbreakable with David, his wife, and his kid.”

None of this rules out the possible continuation of this universe, however, as Shyamalan notes that the story “could” continue beyond Glass, which hits theaters January 19. 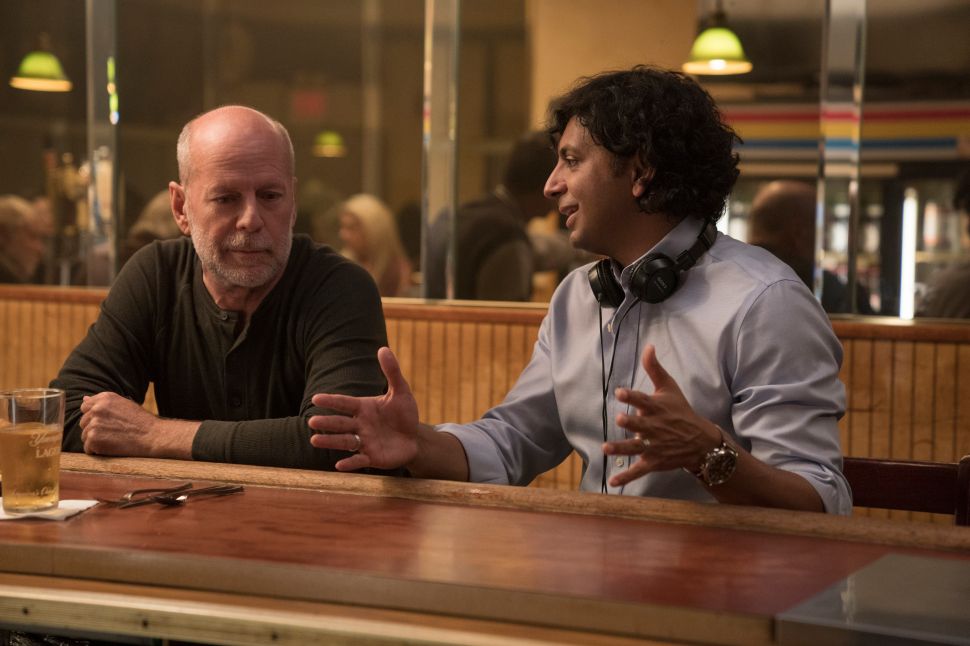