January and October are the only two months on the calendar that do not boast a $100 million opener in film history. Naturally, the follow-up question to that is: can M. Night Shyamalan’s Glass make box office history? Fan anticipation for this trilogy-capping superhero flick exploded the moment Shyamalan shocked the movie-going world by revealing that 2016’s Split takes place in the same universe as his 2000 proto-comic book film Unbreakable (unfortunately, Glass does not have a post-credits scene). But will all that excitement translate to a record-breaking opening weekend? Yes and no.

Becoming January’s first-ever $100 million debut is about as unlikely as a man being able to bend steel bars, but that doesn’t mean Glass can’t still make history. According to The Hollywood Reporter, Glass is tracking for an opening between $60 million and $70 million, which would be Shyamalan’s highest-grossing first-frame since Signs pulled in $60 million way back in 2002. It would also be the best-ever opening for Martin Luther King Jr. weekend and one of the highest-grossing MLK weekends ever.

Check out these numbers courtesy of Comscore, a media measurement and analytics company that provides studios with box office data.

Including openers and holdovers, here are the top MLK weekend grossers of all-time. As you can see, Glass still stands a good shot at landing itself an all-time spot.

But before we anoint Glass the new box office king, it’s worth reminding you that tracking numbers are notoriously fickle. Tracking for Marvel’s Black Panther predicted a $165 million opening weekend before the film went on to claw its way to $202 million. Tracking numbers also projected a $160 million-plus debut for Solo: A Star Wars Story before the prequel spinoff stalled with $84 million. This is an inexact science.

UPDATE: Glass is now tracking for an opening weekend of $47 million, per Variety.

It doesn’t help that Glass is a flawed film that fails to live up expectations. Despite an invigorating first half, the movie currently holds just a 35 percent on Rotten Tomatoes.

Still, without any major competition—Glass is the first “big” film of 2019—and riding a swell of fan support, Shyamalan’s latest effort is expected to deliver a powerful box office blow overall. Made for just $20 million, the film will almost assuredly turn a profit immediately. There are worse fates in Hollywood than a disappointing blockbuster grosser. 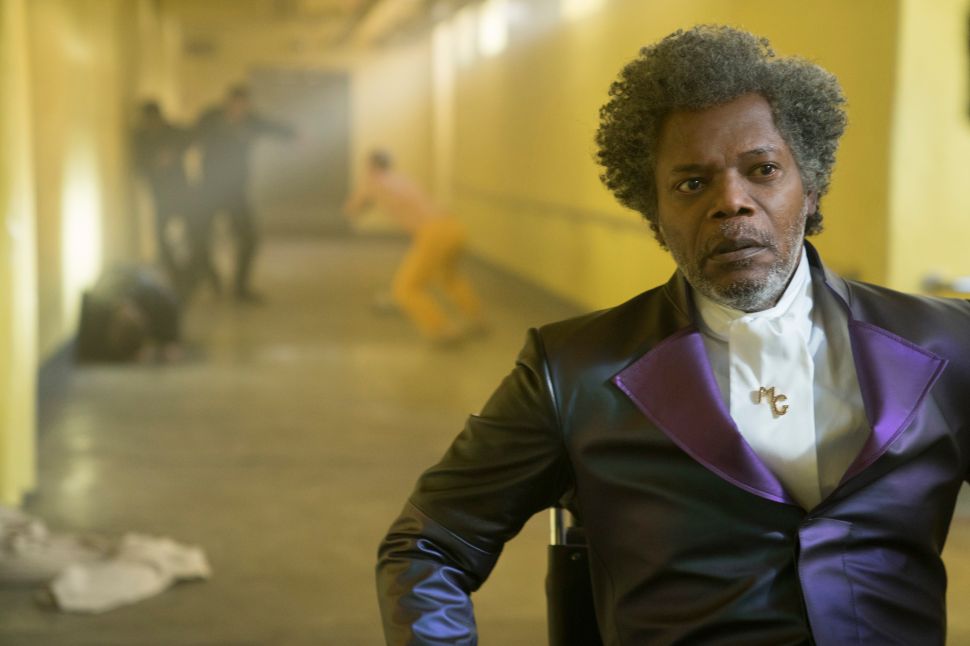