Contrary to pundits of both ideologies, there is a good agreement out there that can end the government shutdown, allow both sides to declare victory, and leave us better than before. And though it doesn’t involve a wall, it’s one which can pass Congress and enable President Donald Trump to win reelection.

There’s a great deal of skepticism across America that Trump, the Republicans in the Senate and Democrats in the House of Representatives can all reach a deal to end the painful government shutdown. Democrats like House Speaker Nancy Pelosi and Senate Minority Leader Chuck Schumer don’t seem to want a border wall hundreds of miles long, while President Trump and Senate Majority Leader Mitch McConnell don’t seem to want a deal without that wall.

Focus on the Goal of Border Security, Not the Tactic of the Wall

Both sides seem to be mistaking tactics for goals. A wall, or opposition to it, is not a goal, though it is being treated as such. It is a tactic. It is just a tool, and there are many tools available. The goal is border security and should be treated as such. Our strategy needs to emphasize how best to achieve that.

Given that the Trump administration admits that most terrorists are coming through airports and seaports, it’s time to concentrate our primary efforts there.  Since more immigrants are overstaying visas than sneaking through the border, our priorities should be there to stop those rules from being broken. Trump noted concerns about terrorism in his prime time speech on the border wall. Preventing the next attack is the primary outcome of our border security goal.

As the United States is withdrawing from Syria, and drawing down from Afghanistan, the threat from terrorism is likely to increase. Therefore, such border security is paramount, as well as the need for more law enforcement resources to cover those influenced by ISIS and Al-Qaeda online.

The next step should be to tackle the next greatest threat: drugs coming into our country at the borders. It’s another factor Trump mentioned in his speech. Since these are being transported through ports of entry, instead of the remote wilderness, this is where our secondary efforts should be focused: stopping these clandestine shipments. A border wall won’t do that.

Finally, the last element in border security should be ensuring that immigrants who come to this country are safe. This means more personnel to check the records of those who are applying legally for asylum in the judicial system. This area is woefully underfunded; more judges and analysts are needed to cover these cases.

Given that these are great tasks, the price tag will not be cheap. The border security allotment of $5.7 billion needs to be augmented to $10 billion. This will enable both parties to declare victory, as both can sell the American people on the goal of greater protections from terrorists, drugs and criminal elements among immigrants. It will remove the border wall from the equation, a plan liked by neither political party, and does nothing to stop the three biggest threats to border security.

Critics of this plan may note that while Democrats will like it because it does not have the wall, it may be a tougher sell for Donald Trump and the Republicans. That’s because conservative commentators like Ann Coulter and Senator Lindsey Graham have insisted that any deal must have a wall, or the Republicans will lose.

It was Coulter, along with other conservative pundits (Rush Limbaugh, Laura Ingraham) and media outlets like Breitbart and the Drudge Report, who demanded that Donald Trump not go along with the December deal, which triggered the government shutdown, taunting him into walking away from a fully funded Senate deal.

Graham did his part, telling Trump that unless the deal included a border wall, it would be the end of the Trump presidency and the Republican Party. So naturally, Trump listened to these politicians and pundits, who prompted him into a no-win situation… and their advice was not supported by any evidence.

Trump’s support is falling dramatically in the wake of the government shutdown, even among his own supporters, according to polls from The Washington Post. Only 75 percent of those who voted for him plan to do so again, in that poll. Trump is being blamed for the shutdown (even by his own supporters), and it is hurting workers and the economy, or is expected to do so. This decline in support is also coming from Republicans as well. Some of his own supporters want him to compromise with the Democrats.

The biggest question is whether Trump’s supporters will abandon him over the wall, if it isn’t built. That’s not supported by any evidence. Nearly 20 percent of Republicans oppose building such a wall, as noted in a CBS poll.

While Trump voters definitely like the idea of a wall, and hope it is built, that doesn’t mean they expect it to be built.  Most of these Trump backers already believe the president has fulfilled his campaign goals. Repealing the Affordable Care Act (ACA) used to be a priority, but when Trump dropped it, so did his supporters. They take their cues from him. They are aware that a full wall won’t be built and have come to terms with that.

Graham has since become more supportive of a deal, and now opposes a government shutdown. And Coulter lied when she claimed that Trump’s deal amounted to “amnesty for illegals.” The plan was to extend DACA for three years and reduce legal immigration.

Given that Graham is the one now calling for a compromise, and Coulter’s words can’t be trusted, Trump should not be beholden to either.

It’s time for a deal. The Democrats and Republicans both want one. Trump can say he fought for more border security, and won that. Pelosi and Schumer can combat claims that they are soft on border security. Our country is more secure.

So does anyone want to make a deal? 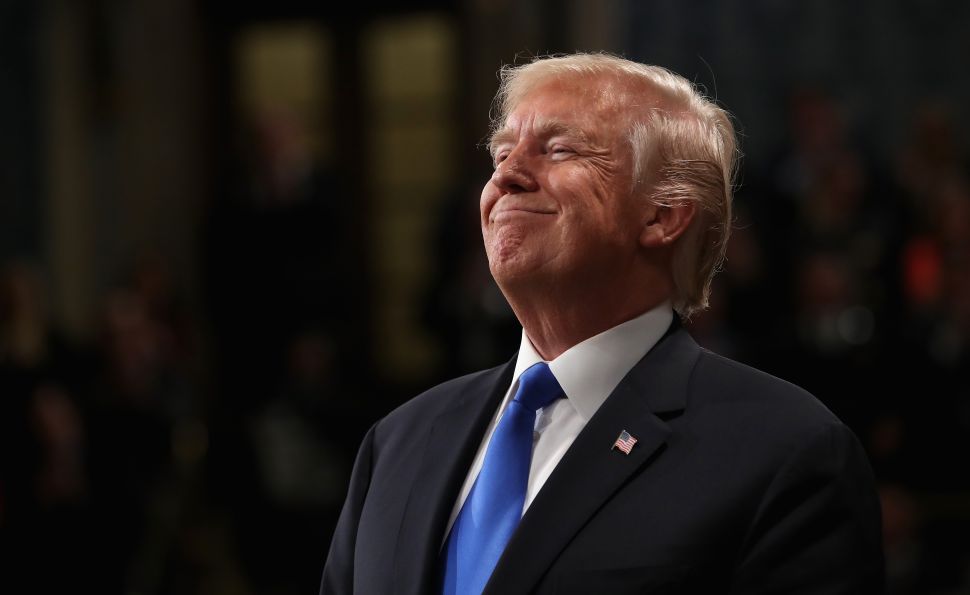