Wine connoisseurs with well-trained palates and bottomless pockets are an insatiable bunch, and toward the end of March the ever-excessive and reliably decadent Sotheby’s will cater to the highest-caliber oenophiles with Tran-scend-ent Wines, a three-day sale extravaganza of 16,889 fine bottles of vin de table—and the highest-estimated all-wine auction in history.

All of its wines were sourced from the private cellars of a collection owned by a single man referred to only as “the Transcendent Collector,” and an Observer email sent to Sotheby’s confirmed that the sole benefactor wishes to remain anonymous.

The auction has been estimated to fetch up to $26 million U.S. dollars in profit and will take place in Hong Kong, an established global capital of wine expertise and industry.

Last year, a Sotheby’s auction in New York broke the world auction record for the sale price of a single bottle of wine two separate times during the same event, when twin bottles of Romanée Conti 1945 sold for $558,000 and $496,000, respectively. Shortly after that, a bottle of Macallan 1926 (of which only 40 bottles were ever produced) went for $843,200, a record sale for both Sotheby’s and North America.

If you (like so many other strung-out metropolitan office drones desperate for a way to temporarily detox) have been diligently suffering through Dry January, you’re likely itching for that celebratory glass of fragrant vintage (though we’re sure you’ve come to appreciate the hangover-free existence that accompanies sobriety). Plus, who in their right mind would deny themselves a rarity as “transcendent” as a super-long-preserved bottle of vino?

So if you’ve got a cool spare million dollars lying around come the 29th of March, you can conceivably treat yourself to some Bordeaux; a matured champagne; more than 600 accumulated lots of Domaine Coche-Dury, a French Burgundy known for its inimitable consistency and quality; and, of course, Montrachet 1993 Domaine de la Romanée-Conti, the likes of which would bring any self-respecting sommelier to tears. 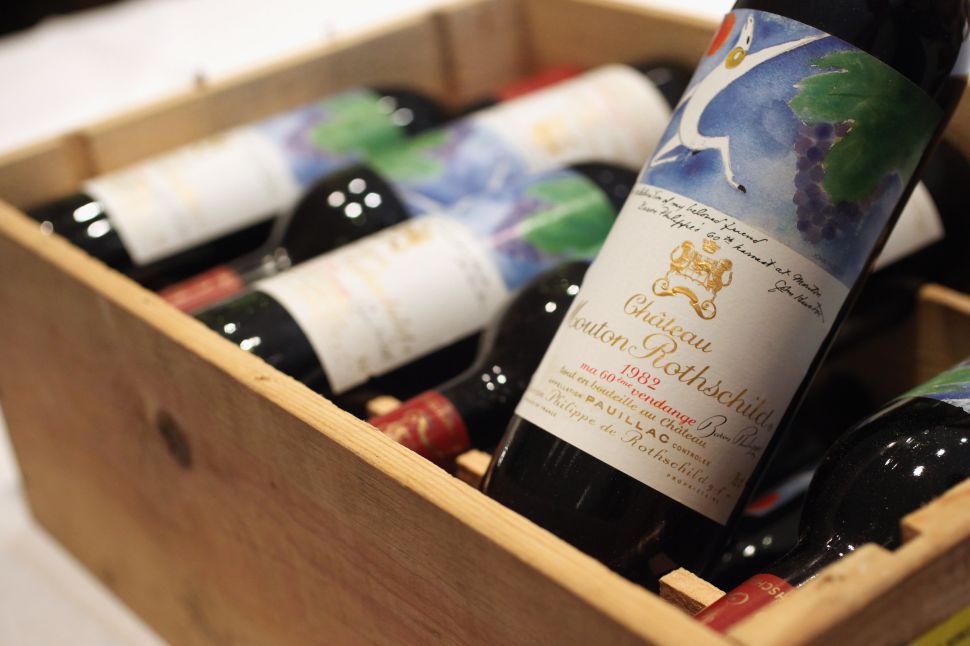