Trump’s reelection prospects don’t look great, with only a little more than a third of the population approving of his job. His disapproval rating of 57 percent tops anything all recent presidents who have been reelected ever received from the public. But that doesn’t mean the president can’t win his reelection. In fact, he might learn from another formerly beleaguered incumbent: Abraham Lincoln in 1864.

Historians may rate Lincoln as the best president ever, and he is also one of the most popular chief executives, but that wasn’t always the case. Even his own renomination was in doubt, as other Republicans considered challenging him. Lincoln predicted his own defeat, even when the Grand Old Party picked him again as their standard-bearer.

So how did Lincoln win another term so handily? And how can Trump learn from this fellow Republican? Here’s how the first GOP president pulled off an improbable big victory.

Doris Kearns Goodwin’s book Team of Rivals is often seen as a master work of how a politician like Abraham Lincoln dealt with rivals, bringing them into his circle without empowering them. Such was the case in 1860, as Lincoln had to juggle several current and former foes. But four years later, Lincoln still had to contend with rivals like Salmon P. Chase, who contemplated contesting the renomination of Abraham Lincoln.

Trump has to contemplate a multitude of rivals. In addition to former Ohio Governor John Kasich and ex-Senator Jeff Flake of Arizona, there’s also current Nebraska Senator Ben Sasse and Maryland Governor Larry Hogan. The president could learn from Lincoln, who put Chase in his place, boxing him in until his rival resigned. But a few months later, Chase was nominated to replace the recently deceased Chief Justice Roger Taney. As we learn from Lincoln, not every rival needs to be attacked.

2. Appeal to an Unlikely Group

In 1864, Lincoln did the least anticipated move of the entire Civil War. He eventually sought to appeal to Southerners. Though he was firm in his insistence on keeping the Union together, he broke with radical Republicans who wanted to punish the South and offered a more conciliatory tone. As you’ll see in the next section, this even meant making a daring political move in his reelection bid.

Based on the border wall battle, and the DACA and Dreamer debate, you’d think that Trump was going out of his way to run as anti-Hispanic. But there’s some evidence from a Marist/NPR/PBS poll showing the president doing quite well among Latinos, perhaps reaching up to 50 percent, though this is disputed by other pollsters. As I have told GOP groups when I speak to them, Latinos are basically Republicans. They are more socially conservative than whites, and many came here to embrace the American Dream and start their own business, not to join the welfare state. But poor advice from arch-conservatives have convinced others to attack Hispanics, pushing them into the arms of Democrats. Trump would do well to learn from not only Lincoln, but also George W. Bush, the last Republican to be reelected, who won many Latino votes for the GOP.

3. Get a New Vice President

When seeking a new term, Lincoln chose not to run again with Maine’s Hannibal Hamlin, as he did in 1860. Instead, he reached out to a loyal Southern Democrat, Andrew Johnson of Tennessee, who stayed with the Union. It was his desire to appeal to Southerners and to peel away some Democrats from his rival, George McClellan. Lincoln wasn’t just thinking about reelection, but also the long game: What would happen when the Civil War was over? Johnson could convince the defeated states to rejoin the United States of America, rather than continue to resist.

Trump might consider making a similar move. Mike Pence served his function, providing political expertise to a candidate who knew being a business executive better than being a political executive, and should have been able to tap his House Republican connections. But Trump now has that experience. Plus, there’s little evidence that Pence would be needed to deliver Indiana votes or to work with the GOP in Congress.

Following the Lincoln strategy, Trump might consider picking a member of the opposite party. If so, I would recommend West Virginia’s Democratic Senator Joe Manchin. A former governor, Manchin would replace that Pence gubernatorial knowledge, and maybe bring in some badly needed conservative and moderate Democrats, especially on issues like energy. Regardless, Manchin would add more to Trump’s ticket than the current vice president would. Manchin certainly stands a better chance of being VP with Trump than he would in his own party.

4. Appeal to Another Party

Trump could similarly reach out to another group: disgruntled Bernie Sanders supporters. Unlikely to win the nomination, the average Sanders backer is likely to be upset and accuse the Democrats of collusion against their candidate. With attacks on Democrats and free trade and the positions necessary to embrace Latinos, this might be enough to win a closely contested election.

5. Win the Battles Before the Election

Terrible losses in 1861 and 1862 enabled Lincoln’s Democratic rivals to win the midterm elections, taking more in the House of Representatives while losing a few in the Senate, similar to the 2018 election. Despite successes at Gettysburg and Vicksburg in 1863, the bloody battles in Virginia made Lincoln’s prospects bleak. That changed with the North winning the Battle of Mobile Bay in August, the capture of Atlanta in early September, and Confederate defeats in the Shenandoah Valley. Those victories gave Lincoln the soldier vote and sealed his landslide victory.

Trump will need something similar in 2020. Perhaps something will happen in North Korea, Venezuela or Russia, but the Republican president needs something akin to what Lincoln experienced—the final defeat of ISIS or a death blow to the Taliban. To do so, Trump would need to go back on his plans to withdraw from Syria and Afghanistan.  But the prize of reelection is better than any benefits from making Vladimir Putin or Turkish strongman Recep Tayyip Erdogan or even China’s Xi Jinping happy next year. Our soldiers and officers, dismayed by the retreat from the Middle East and the abandoning of our Kurdish and Afghan allies, will get their confidence back when they see Trump’s spine stiffen on these fronts.

All of these moves are bold and risky, and unlikely to be taken. But the risk might just be worth it for Trump. 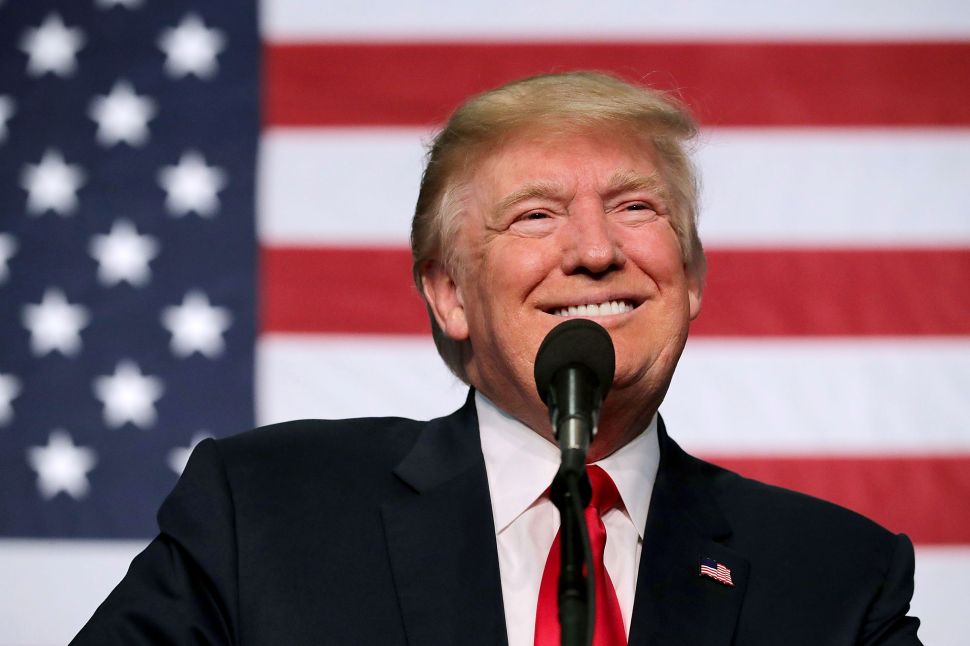