There’s a scene early in 1985’s Police Story where you can pinpoint the exact moment Jackie Chan becomes, well, Jackie Chan. Now, he was already a martial arts master, a veteran performer and stunt worker, and a proven successful lead in the Hong Kong movie industry. But when Chan’s character, the overzealous police officer Ka-Kui Chan, is pursuing a gang of criminals who have hijacked a bus and grabs a pink umbrella from a passerby, he becomes something more.

In a jaw-dropping sequence, Chan uses the umbrella crook to hook himself onto the back of the bus, for a few moments being dragged behind it (sliding on the soles of his shoes) before climbing up to take control. Except it’s not that easy. He’s continually buffeted about, nearly falling off, having to find new ridiculous ways to hang on as he both climbs toward the front of the bus and tries to avoid detection by the thugs. It is genuinely harrowing in its danger and hilarious in its knowing ridiculousness—in equal measure.

These kinds of set pieces have since become Jackie Chan’s calling card, with the combination of his unreal physical abilities and theatrical brilliance making him an international superstar. Naturally, imitators of this form of breathtaking stunt work timed for comedic effect have followed.

And that influence is now getting some well deserved recognition. Police Story and it’s 1988 sequel Police Story 2 have recently received a 4K digital restoration at Italy’s L’Immagine Ritrovata film lab, courtesy of Fortune Star. Janus Films will be showcasing the restorations in new screenings across the country, beginning with the Alamo Drafthouse in Brooklyn on February 1. This is all a prelude to the two films’ addition to the vaunted Criterion Collection, which will release the restorations in Blu-ray and DVD sets on April 30. Previously cult hits, this re-release gives a wide audience a chance to discover or rediscover the brilliance of these two films, and by extension Jackie Chan.

Before Police Story, Chan had already established his skills in roles like his 1978 breakout hit Drunken Master, incorporating vaudeville-like slapstick into martial arts action. In further hits such as Dragon Lord and Project A (both of which he also directed and co-wrote), he and his collaborators refined this style, taking inspiration from the similarly daring and comedic feats of silent film stars like Buster Keaton and Charlie Chaplin. On Project A, they formed the Jackie Chan Stunt Team specifically to figure out the logistics of these kind of elaborate action sequences.

Police Story represents the culmination of this artistic progression, with multiple jaw-dropping set pieces. Each one comes packed with fights that are choreographed around increasingly complicated surroundings, with fists and feet and bodies flying at a dizzying rate. Chan and his fellow performers crash through countless windows and fall the collective height of a skyscraper. It all looks insanely dangerous… because it absolutely was. Behind-the-scenes footage of bloopers and prep work that plays over the credits includes shots of actors woozily getting medical attention. In the finale, capping off a massive fight that destroys a shopping mall, Chan slides several stories down a pole strung with lights, electricity arcing around him as he crashes through multiple panes of glass into a shop stall. He burned his hands, dislocated his pelvis, and injured his back getting that shot. No wonder he called this film his best work. The stunt industry has since had to work to achieve the Chan effect, while reducing the risks (the 1980s saw some of the worst stunt related accidents in the industry’s history).

Chan made Police Story after several failed attempts to break into Hollywood. The film came as part of a string of hits that propelled him to fame across Southeast Asia, with many of them (including Police Story) ranking in the top 10 annual box office not just in Hong Kong but also in countries like Taiwan, Japan and South Korea. It wasn’t until 1995’s Rumble in the Bronx, though, that he got widespread attention in the U.S., which was followed a few years later by his breakout role in Rush Hour.

The continued appeal of Chan’s brand of practical stunt work is obvious in a blockbuster landscape almost entirely dominated by CGI-driven movies. There’s a reason action films like The Raid series get so much cult love, and that whatever big stunt Tom Cruise is doing in the latest Mission: Impossible movie drives headlines. Chan’s influence—not just as a performer but also as a director and choreographer—looms over every bit of elaborate fisticuffs you seen in movies today. But few of them live up to the kind of thrill he could provide in the Police Story films. 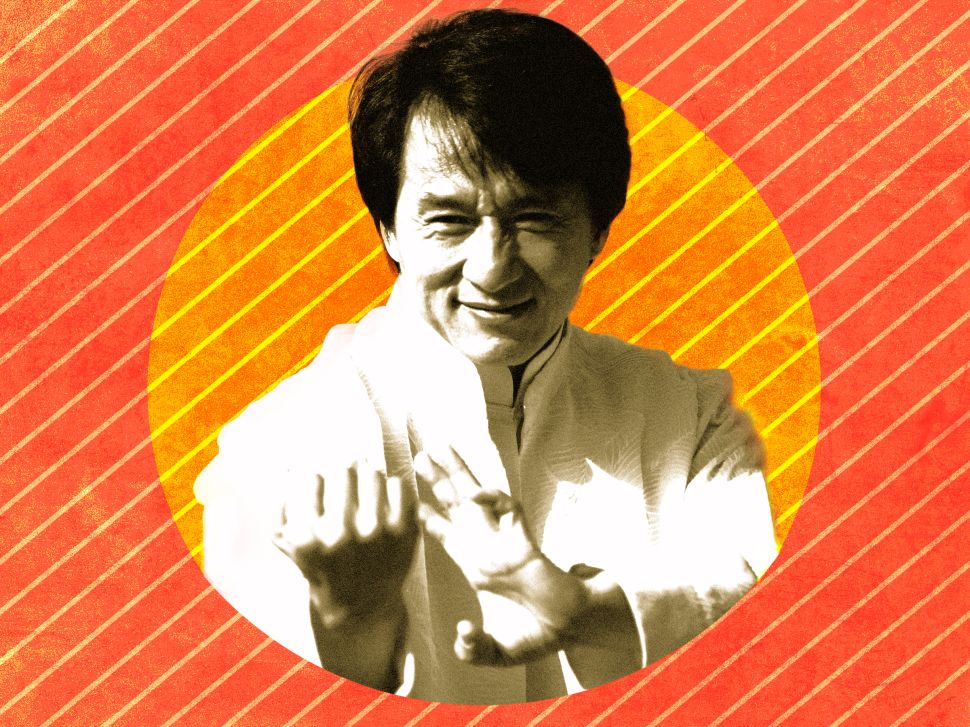