Filmmaker, organizer and artist Jonas Mekas died yesterday. He was 96.

Mekas knew everyone, and everyone knew Mekas. I was no exception, though I didn’t know him well. The first and only time we met was while on assignment for Print magazine in 2010. I remember it well for a couple of reasons. The first is because he agreed to meet with me at all, given that I was but unknown to him. The second is that he was only person I’d ever met who could describe events going back nearly 70 years with the kind of detail you’d expect if the thing happened yesterday. He was neither boastful nor modest. He didn’t mention that many referred to him as the Godfather of avant-garde cinema, a title he’d earned through building the infrastructure to support films that don’t show at a multiplex. But he did describe his work.

Of everything he told me that day, though, the concern that most stuck with me was that he wanted to be remembered as an artist. “Most magazines focus on my early video,” he complained. “I’m more known as a filmmaker in Europe. Here [in New York] I’m known as an organizer, maverick.” What I didn’t mention in the piece, was that he seemed acutely aware of his age. He kept telling me that there wasn’t much time left and that he had a lot to do.

In as much as anyone can ever complete life, I get the sense that Mekas achieved his goal. Throughout his career, he shot diaristic films that documented his own experience. He posted hundreds of these videos, old and new on his website over the last ten years. I’ve watched a lot of them—footage of a noise music band playing on Christmas Day at Anthology in 1999; a five-minute clip from his 94th birthday party, with Mekas declaring that “when you drink, you know what paradise is”; a detailed soliloquy on A Tree Grows in Brooklyn. Going through them feels a bit like reading a blog—it’s the accumulated experience over time, rather than individual works that makes an impact.

Mekas, though, was no blogger. “Jonas was always an artist,” explained James Fuentes, his longtime dealer and friend, who spoke to me over the phone. “But he had become so important in the avant-garde arena that was the crux of how everyone related to him.” As Fuentes sees it, his job has been to help give exposure to the importance and vision of Mekas’ work as an artist. As part of that effort, in 2016, the dealer showed photographs Mekas took of Post World War II Germany. “I found his images to be really fascinating because he wasn’t considering himself a visual artist then,” he told me. They’re haunting images and about as impractical a series as any artwork I could imagine. To secure equipment he had to squirrel away the cigarette rations he received as a refugee until he had enough to trade for a camera. This for a project that was executed simply because he felt compelled to make it.

The images have since been shown at Documenta, and Mekas’ career as an artist has continued to build. He’s been the subject of major retrospectives at the Serpentine, the Hermitage, and National Gallery of Korea. He’s still waiting for a major museum exhibition in America, but that will come.

The curatorial lift required will not be small, though. Back in 2010, Ed Halter, the co-founder of the film and electronic art venue Light Industry, concisely described why the artist’s career spread so wide. “Whether it’s in his role as an artist over the years, or as a programmer and curator or writer, his whole concept of cinema can’t be separated from the idea of filmmaking as a community as a social world,” he told me. “In that way, all of his work is collaborative because he is responding to and interacting with, and also building this social world. To him, cinema can’t be disentangled from social experience.”

And Mekas was generous with his time when it came to social experience. He sat down with me in 2010, a complete stranger, to talk about his work, and I wasn’t the only one. When speaking to Fuentes, he recalled an instance when Mekas had brought the work of experimental filmmaker Wallace Berman into the gallery, along with all his Semina magazines. When asked how he met Berman, Mekas recalled that they’d never actually met—Berman just sent him the magazines and he saved them. “Jonas was smart enough and cared enough that he saved it all,” Fuentes told me. “Everything counted. Every person he met counted. Every flier he got mattered.” 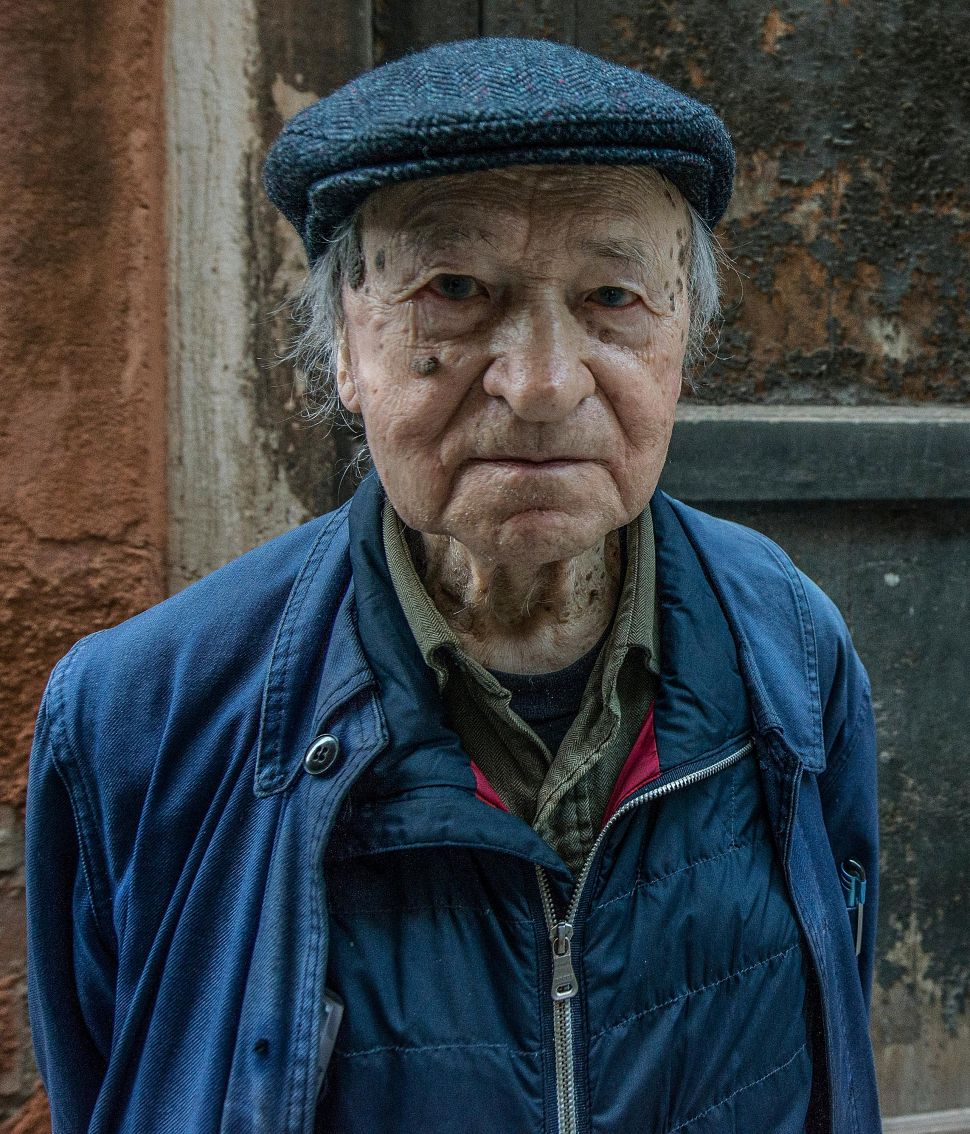