Building a new museum to honor, commemorate or simply exhibit something that seemingly hasn’t received any or enough attention always sounds like a good idea. Perhaps that’s why we hear about a new institution on what feels like a weekly basis. In the second half of 2018, for instance, Jude Cook inaugurated the Ignite Museum, in Tucson, Arizona, to showcase his collection of neon signs, while Palestinian entrepreneur Faisal Saleh opened the Palestinian Museum in Woodbridge, Connecticut to present the work of artists from the occupied territories and elsewhere.

Indeed, in 2018 alone we saw the opening of the Imagine Museum of contemporary American studio glass in St. Petersburg, Florida; the Legacy Museum that tells the story of African-Americans in the United States from slavery to mass incarceration in Montgomery, Alabama; the intelligence field-oriented Spyscape in New York City; the Carolina Music Museum of musical instruments in Greenville, South Carolina; the National Veterans Memorial and Museum in Columbus, Ohio; the National Comedy Center in Jamestown, New York (just a handful of blocks from the already existing Lucille Ball Desi Arnaz Museum) and the Nordic Museum in Seattle, Washington. Right at the end of December, they were joined by the Minnesota Museum of American Art throwing open its doors in St. Paul.

We’ve barely scratched the surface of new museums that have opened recently, and yet some might be reaching the point of museum fatigue. (Not another museum exhibit, mom!) The Washington, D.C.-based Institute of Museum and Library Services estimated in 2014 that there were 35,000 or so museums in the United States, double the number since 1990. The question then becomes: When so many rely on private funding, can all of them be supported under such rapid growth?

The answer, sadly, appears to be no. In addition to institutions that opened or expanded last year, there were others that closed their doors temporarily or for good, which could be an indicator of limits. “It’s simply a matter of not being able to raise enough revenues,” said Michael DiBerardinis, former city manager of Philadelphia, who had attempted to help the Philadelphia History Museum stay in operation through a takeover by Temple University until the latter pulled out of the deal in June last year. The museum, which had first opened in 1938, contained a collection of more than 100,000 objects spanning the city’s history from 1682 to the present. What will become of its collection is in the process of being determined, DeBerardinis said.

Some of these now-shuttered museums were oriented toward those with highly specialized tastes, such as McClain’s Historical Military Armor Museum in Anderson, Indiana, which had displayed a collection of tanks and other military vehicles since 1990, and the Beloit Angel Museum in Wisconsin, which exhibited angel figurines for close to 20 years. In both instances, there were shortfalls of operating funds, memberships and corporate sponsorships; the Military Armor Museum owed back taxes, since it never quite qualified as a nonprofit.

The Pasadena Museum of California Art was a bona fide nonprofit, but it closed in 2018 after 16 years in operation, “because of the way it was founded and the way in which its board was structured,” said Jay Belloli, a former interim director of the museum who had organized a number of exhibitions held there. “It was founded by a couple who lived at the top of the building, and the fact that they lived there proved to be a large problem for a major foundation”—the Ahmanson Foundation in Beverly Hills—“whose guidelines would not allow it to provide funding in this situation.” He noted that the founders, Bob and Arlene Oltman, “were incredibly generous, but they couldn’t financially and emotionally afford the museum anymore.” The members of the museum’s board also contributed financially, but “it was never enough,” and these board members “were there too long, never rotating off to allow in new blood, and they were never trained to know what their responsibilities were.”

Declining visitorship and revenues, amidst rising costs of operation, led the Mississippi River Museum in Memphis, Tennessee to shut down after 36 years, while the city-subsidized agency in charge of the tourist attraction tries to figure out how to reverse its fortunes. Marfa Contemporary in Texas said its last good-byes (perhaps a victim of low oil prices, as its founder, Christian Keesee, has “oil interests in Texas,” according to Marfa’s last director, Kate Green) as did the Tuscaloosa Museum of Art in Alabama: The costs of keeping these nonprofits open was too much

The same was true of the American Textile History Museum in Lawrence, Massachusetts, an affiliate of the Smithsonian Institution, which closed permanently in 2016 (selling its property and transferring its collection of historic textile machinery to the Randolph Heritage Conservancy in North Carolina and its library to Cornell University in Ithaca, New York). Another Smithsonian affiliate is under the same threat: Chicago’s 57-year-old DuSable Museum of African American History, which reported an annual operating deficit of $1.3 million in 2016 and has had trouble meeting weekly payroll. “Most nonprofits are in need of money, and so are we, but we are not in imminent danger of closing,” said Raymond Ward, a spokesperson for the DuSable.

One has to ask, are there too many 501(c)(3)s for the philanthropic community to support?” said David Ellis, a museum consultant in Cambridge, Massachusetts. “You see time and time again that costs go up faster than revenues, and leadership responds by using endowments and reserves to cover structural deficits”—expenses that are greater than contributed income (annual funds, major gifts, memberships and grants). If not corrected, this starts a downward spiral that makes the future unclear for these institutions, creating “a challenge to leadership, especially when board members, executive directors, founders and supporters have a very strong belief in their mission and don’t want anything to change.”

Among the ways that some hard-pressed museums have found to right their ship financially is to be taken over by a larger institution. The Philadelphia History Museum continues to look for a partner, while the Museum of Contemporary Craft in Portland, Oregon was taken over in 2016 by the Pacific Northwest College of Art, although at the loss of its own identity and leadership. On the other hand, the Danforth Art Museum and School in Massachusetts merged in 2017 with the nearby Framingham State University and will reopen to the public in April of this year, retaining its individual character within the academic institution.

The DeCordova Sculpture Park and Museum in Lincoln, Massachusetts has been in the process of merging with a Boston-based group, The Trustees of Reservations, a nonprofit organization whose annual budget is “seven to eight times ours,” said John Ravenal, the DeCordova’s director, and that partnership is likely what will keep the institution in operation for the foreseeable future. “Finding a white knight is not a business plan,” he said, noting that the DeCordova’s three largest donors had either died or become less able to maintain their level of support. Compared to most institutions represented by the Association of Art Museum Directors, 25 percent of whose operating costs are derived from the museum’s endowment, the DeCordova’s endowment only covered seven percent of its operations, placing a disproportionate reliance on contributed income.

The choices for us were complete failure or a partnership,” and Ravenal stated that he had initial conversations with three dozen potential partners, most of which were other museums and universities. With The Trustees of Reservations, “we found a partner with whom our goals are aligned,” adding that the final approval of its merger will take place in March, when the Town of Lincoln, which has a fiduciary responsibility to maintain the site on which the DeCordova is located, holds a town-wide vote. 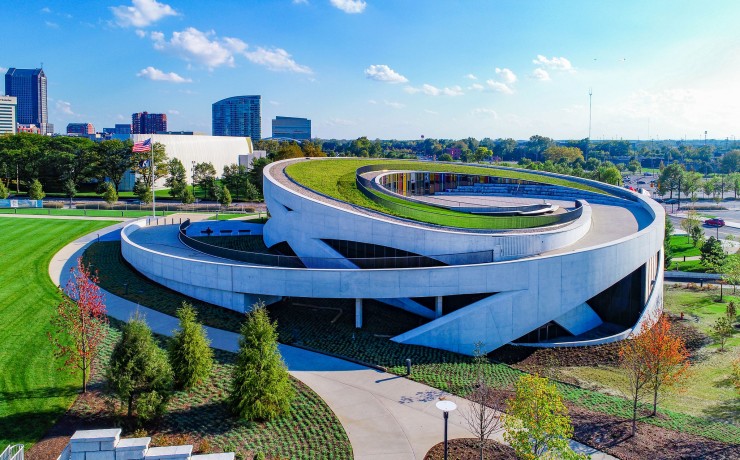