Growing up as an only child, I have no experience with what director John Asher, raised with eight siblings, describes as “the classic movie night where everyone can circle around the TV and laugh together.” That’s his goal with an earnest but tepid and uninspired little trifle called I Hate Kids. Any family desperate enough to gather around on a wasted evening watching this formulaic overdose of tedium is in danger of breaking up already.

I endured this modest, sometimes vulgar and often insulting family flick for one reason only: an unusual chance to watch the charming, likable and woefully underrated Tom Hanks clone, Tom Everett Scott, in a rare leading role. Big mistake. We should all have stayed home with a good book or worthwhile rerun of a real family film like Meet Me in St. Louis.

Despite his considerable appeal, Scott is truly wasted in the unconvincing role of Nick Pearson, a once-randy Casanova who wrote a best-selling memoir called I Hate Kids. Now, when he’s on the verge of marrying a woman (Rachel Boston) who shares his allergy to parenthood, a geeky 13-year-old named Mason (Julian Feder) invades the wedding rehearsal dinner claiming to be the son Nick has never met or ever even heard of.

With only two days before the wedding, for reasons that make no logical sense to anyone but screenwriters Frank Dietz and Todd Traina, Nick hits the road with the kid, an obnoxious radio psychic called “The Amazing Fabular” (played by the numbingly unfunny, saucer-eyed Tituss Burgess) and a miniature dog called Mr. Sparkles to find out which one of his nutty bedmates from the past is the boy’s real mother. Does anyone care, and what difference does it make anyway?

The road trip serves one purpose—as an excuse to revisit the women Nick slept with in the good old days, who are all played by actresses reduced to hamming it up in eccentric cameos that do nothing but drag out the running time. They punch him in the face, attack him with a flame thrower, unleash vicious dogs, and one of them is now a man. He gets knocked out by a children’s karate class. The best line in the movie: “Why can’t human beings just lay eggs?” Same goes for second-rate movie directors. 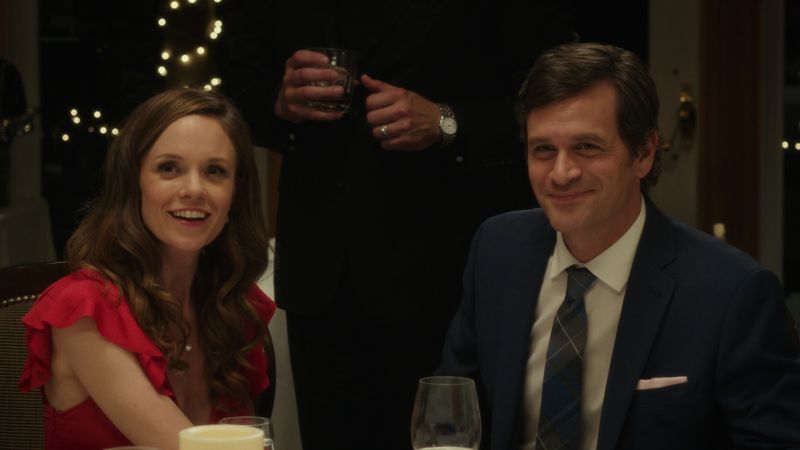