“Some U.S. officials pretend that they are mad,” continued the Ayatollah. “Of course I don’t agree with that, but they are first-class idiots.”

The remarks were delivered from Iran’s religious capital Qom in commemoration of the 1978 riots against the Pahlavi Monarchy. They also coincided with Mike Pompeo’s eight-country tour throughout the Middle East, in which the secretary of state has sought to ease concerns from U.S. allies over military withdrawal from Syria and Afghanistan. Pompeo, on Wednesday, met with prominent Iraqi leaders in Baghdad to discuss, among other things, how to best curb Iranian influence, according to Al Jeezera.

Great to meet the new Iraqi government and congratulate @AdilAbdAlMahdi, @BarhamSalih, @AlHalbooosii and @maalhakim in person and reinforce our bilateral ties. Look forward to working together on key regional issues and to supporting Iraq’s energy independence. pic.twitter.com/coF4r1yCJe

In the Trump era, leaders in Tehran and Washington have hurled insults across continents, occasionally making use of meme diplomacy. After President Trump called Iran a “terrorist nation” in 2017, Khamenei warned that his counterpart’s body “will turn to ashes and become the food of the worms and ants, while the Islamic Republic continues to stand.” The commander of Iran’s security force later responded to Trump’s eye-raising “Sanctions Are Coming” meme with a Game of Thrones reference of his own, telling the president, “I Will Stand Against You.”

Qasem Soleimani, the Commander of the Quds Force, Iran’s external security agency, has posted this image on his Instagram in response to Trump’s tweet. pic.twitter.com/l1zdRIBK9f

Despite the international bluster, Iranian opposition groups are banking off Tehran’s ongoing domestic turbulence (partially a result from U.S. sanctions) to bring about regime change, rather than threats from the White House.

“This administration has always engaged in rhetoric against the regime, but when it has come to implementing or putting that rhetoric into action, there has been very little of it,” Ali Safavi, an official at the National Council of Resistance of Iran (NCRI), told Observer during a press event on Iranian protests last fall. “We think that the task of bringing down this regime rests exclusively with the Iranian people and the organizers. We don’t expect anyone to overthrow this regime for us. We have to do this ourselves.” 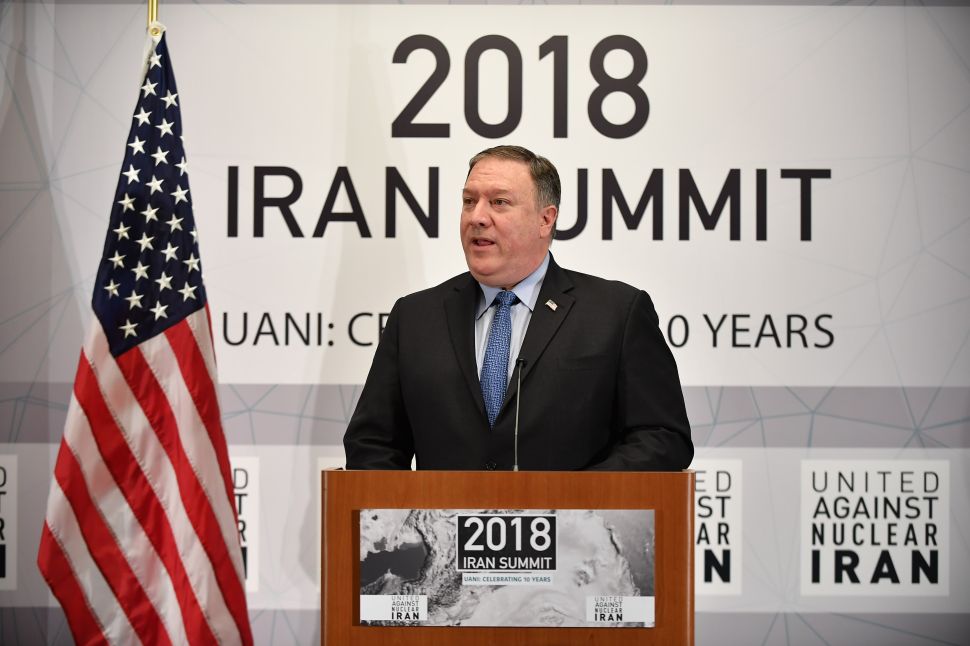