You may be anticipating your annual tax return check to balance off the holiday season’s overspending or fund a long overdue mini vacation, but chances are it won’t arrive on time this year as Internal Revenue Service (IRS) workers who process your tax filings are caught up in the middle of a government shutdown with no end in sight.

As the government idling drags past the 30-day mark, hundreds of IRS employees who haven’t received their paychecks for a month have been forced to go on “hardship leave” despite a government callback, several federal workers union officials told The Washington Post on Wednesday.

Last week, President Donald Trump’s budget office ordered some 30,000 IRS employees who had gone on furlough to return to work without pay. But many of them simply can’t afford to do so.

“These employees live paycheck to paycheck, and they can’t scrape up the dollars to get to work or pay for child care,” Tony Reardon, president of the National Treasury Employees Union, told the Post. Reardon’s union represents 150,000 employees at 33 federal agencies.

IRS employees who process tax refunds are among the lowest-paid workers within the agency. Those summoned back from furlough make between $25,800 and $51,000 a year, depending on seniority. Having missed their paycheck for a month, some have already run out of money to pay for life essentials.

One IRS customer service representative in Kansas City who drives 98 miles round trip to work every day said she had to skip work because she could no longer afford to fill her gas tank for the commute.

A typical front-line IRS worker processes up to 50 tax returns a day during the filing season, which starts next Monday, January 28, this year. Without hundreds of staffers in their position, this year’s tax return processing could be delayed for months, another IRS employee told the Post. “It’s going to be a disaster all around.”

Many IRS employees who refuse to show up for work are using a union contract provision that allows them to skip work if they suffer a “hardship,” such as a car accident or a childcare emergency.

The IRS is just one of many federal agencies that have experienced a surge in absence from work in recent weeks due to the prolonged government shutdown. Employees have been calling in sick at the Department of Agriculture, Transportation Security Administration and several federal prisons. Some used the time to take on temporary jobs, such as driving an Uber, to make ends meet. 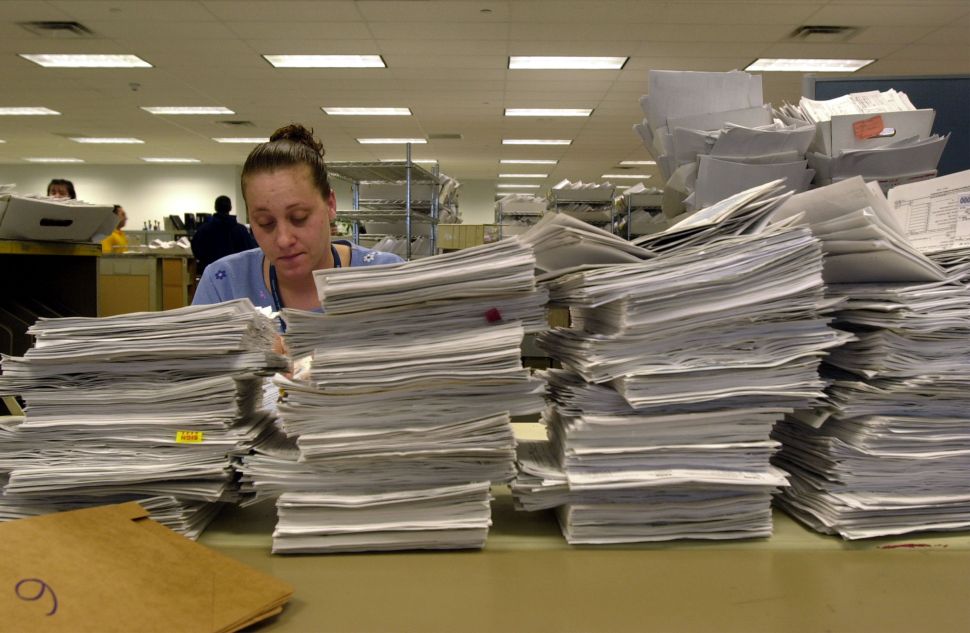