Chinese tech giant Alibaba’s founder Jack Ma is not a humble man. The 54-year-old self-made billionaire enjoys being seen as  a sobering voice at Westerner-dominated conventions. And his latest appearance at the World Economic Forum (WEF) in Davos, Switzerland was no disappointment.

At a Davos panel on Wednesday, when asked about his thoughts on the growing tension over tech matters between China and the developed world, notably the U.S. and Europe, Ma surprised the crowed with a tongue-twister style deadpan diagnosis: the West is worried by worry.

“Today, the world is full of suspicion and worries. Europe is something that worries me, because the worry is worrying Europe,” he said. “European people are just worried too much [about] privacy and security.”

Having attended every WEF in Davos, Switzerland for the past five years, Ma observed that people he’d met in Europe, mostly business and government leaders, were overly obsessed with regulation. “Everyone is talking about: How can we regulate this? How can we protect that?”

He cited this strong sentiment of protectionism in Europe—as well as in the U.S.—as the key reason his businesses chose to avoid these markets and opt for countries that would “embrace the future,” such as Africa.

That includes his latest effort, a cross-border e-commerce venture called the Electronic World Trade Platform, or eWTP. The eWTP aims to facilitate imports and exports between China and African countries with the long-term goal to kickstart Africa’s own digital ecosystem. Last November, Rwanda became the first African country to join the platform.

Ma stepped down from his executive role at Alibaba in September last year, ending a 20-year career as the CEO of the company.

But now, Africa looks just as fresh as China 20 years ago, an untapped land where major tech disruptions can happen with virtually no competition or regulatory hurdles.

As for the societal issues previous tech disruptions have created for more mature countries, Ma suggested the solution may have to be even more technology. “There’s nothing that can protect you unless you have the capability of knowing the technology,” he said.

It’s unclear what he meant exactly. Perhaps he doesn’t know either. When a member from the audience—who self-identified as a Google employee—asked him after the stage session what a company’s role should be in addressing today’s public backlash against tech superpowers, Ma said, “There will be a solution to every worry we have today. Give it another five years, and things will change.” 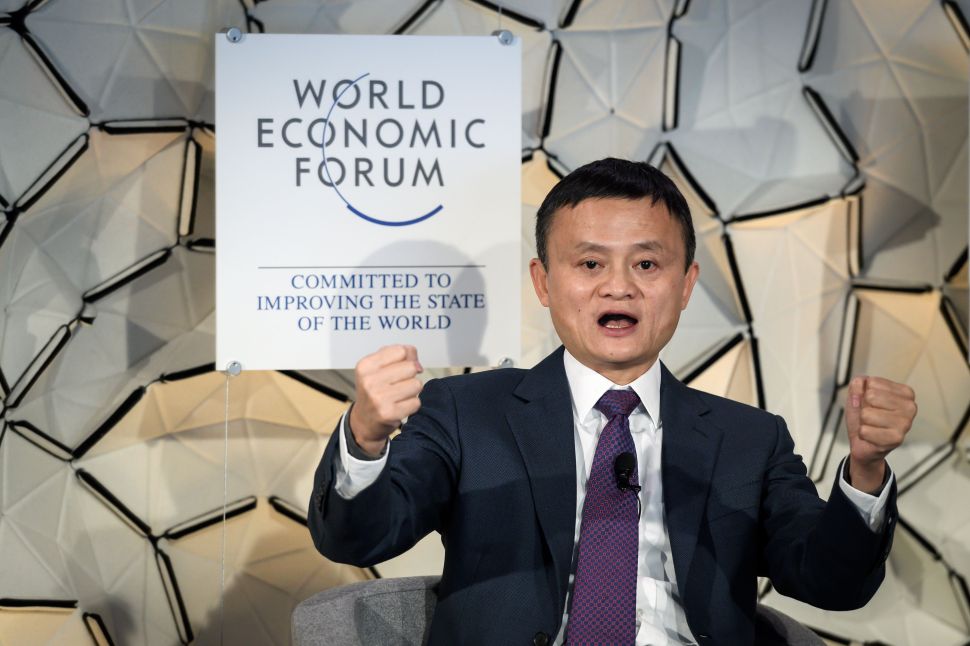