Nissan’s ousted CEO Carlos Ghosn became a celebrity to American audience at an unfortunate time. The 64-year-old Brazilian-French business executive has flooded news headlines over the past two months, often introduced as a fallen hero, due to his back-and-forth court drama in Japan, where he is charged with serious financial fraud involving Nissan.

This week, after spending over eight weeks in a jail cell in Tokyo, Ghosn submitted his official resignation as the head of Nissan’s parent company, French automaker Renault SA, cutting his last string with the automobile world and his long career as one of the most revered CEOs in the industry.

Most of Ghosn’s past glories are unknown to Americans, perhaps because his golden days were recorded before social media came around. But to the 120 million people in Japan, his name means not only a savior to one of the country’s largest car companies amid an economic recession, but also a pop culture icon, a status that no previous foreign businessmen have dreamed to claim.

Ghosn first came to Japan in 1999 when he was appointed CEO of newly merged Nissan and Renault. At the time, Nissan was struggling on the brink of bankruptcy after years of huge losses, and its brand image was suffering. Ghosn, then 45, was tasked with an impossible mission to turn around the company within two years. And he did—through a series of rapid-fire, aggressive cost-cutting measures unfamiliar to Japan’s mild, conservative culture that entailed layoffs, factory closings and spinning off money-losing affiliates.

His most unmatched achievement, though, is probably becoming the star in a Japanese superhero manga series.

Between 2001 and 2002, Ghosn was depicted as the leading character in a manga series called The True Life of Carlos Ghosn, which chronicled his story of saving Nissan. The comic strip was an instant best seller and became a must-read for Japan’s young career climbers.

there is a manga about carlos ghosn from 2001/2002 pic.twitter.com/GS0bcYFMpc

In one panel of the manga series, published in Japanese biweekly comic magazine Big Comic Superior, a young Ghosn discovers a superpower of identifying the make and model of cars simply by listening as they drive by. In another, set prior to his appointment as Nissan CEO in 1999, Ghosn vows to a group of Nissan managers to help the company return to profitability by March 2001. And one startled executive stammers, “Th-th-this guy really believes he can change Nissan.”

“[Ghosn] has a message of hope that has woken people up to new possibilities, and we wanted to convey that message,” one editor of Big Comic Superior, told The Wall Street Journal in 2001.

But all is history now. Last November, Ghosn was busted by a Nissan whistleblower for having understated his salary for years and recording personal investment losses under the company book. He now faces up to 10 years in prison. 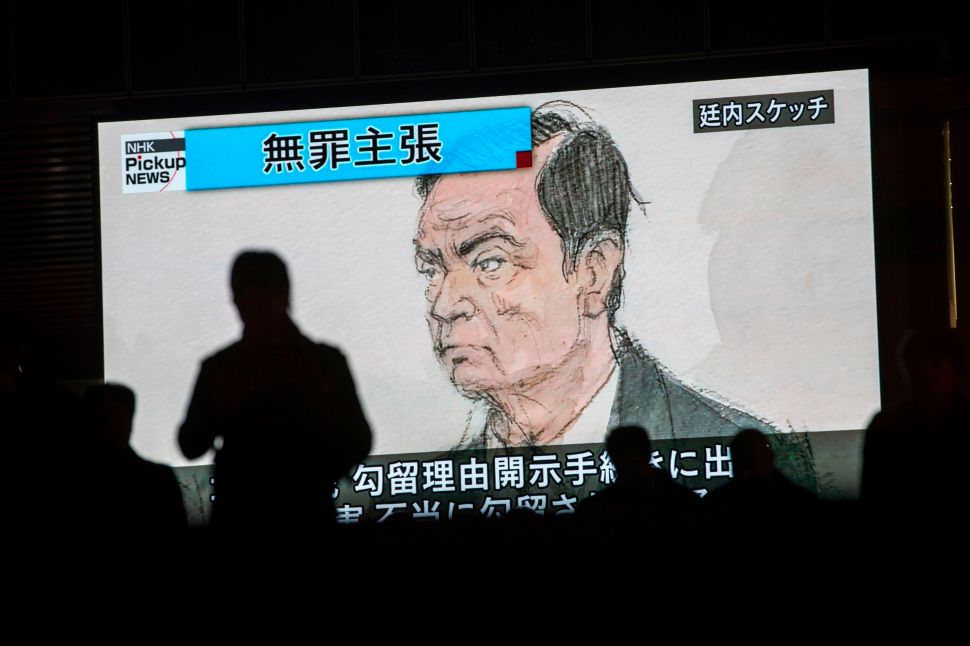