James Bond is calm and collected. He’s suave and refined, yet tough and competent. He can embarrass you in a game of baccarat and then humiliate you again when you foolishly attempt to take back your money by force. He is, in essence, a wish fulfillment of the male fantasy.

Researchers at New Zealand’s Otago University, Wellington recently analyzed the 24 James Bond films and concluded that the super spy drank “heavily and consistently” over six decades. What an iron liver on this champ! Not only does Bond drink his contemporaries under the table, but the liquid courage also emboldens him to attempt death-defying feats while completely shitfaced.

We struggle to get into the right Uber after a night of adult beverages, let alone execute perfect headshots and helicopter maneuvers. We will give Bond credit, however, for his patented shaken-not-stirred order, which allows the ice to dilute the alcohol so he can keep his wits about him. Still, the man is a booze hound through and through.

But which 007 is the booziest of all?

“Just look at you, barely held together by your pills and your drink,” Javier Bardem’s Silva barks at Bond in 2012’s Skyfall. The man wasn’t wrong, as Daniel Craig’s 007 is, by far, the biggest tippler in the franchise’s history (what a distinction). According to The Telegraph, Craig’s alter ego consumes 20 units of alcohol per film; the National Health Service recommends that adults consume no more than 14 units per week.

Yes, James Bond is a lush, but is it wrong that we still kind of want to party with the guy? It’s like, no one pays to see Clark Kent; they want to see Superman—know what we mean?

Turns out, 007 has only grown thirstier over the years. Sean Connery, the original big-screen Bond, drank 11 units per film in his seven-picture tenure, which began with 1962’s Dr. No. George Lazenby knocked back a pretty impressive nine units in his one-film stint, On Her Majesty’s Secret Service. Roger Moore pumped those numbers back up to 11 units in his seven-film run, an impressive accomplishment considering he was eligible for an AARP card for five of them. Timothy Dalton was the buzzkill of the group, consuming just 4.5 units over his two films (go home, nerd!). But the 1990s brought a party animal back to the role, when Pierce Brosnan came onboard and proceeded to chug 12 units over four films. No wonder everything after GoldenEye was such a mess.

But when it comes to hitting the bottle, Craig’s Bond cannot be defeated. We can probably thank lucrative sponsorship deals with Heineken and Belvedere Vodka for that. We’re certainly not complaining though. Because James Bond is the coolest drunk the world has ever known. 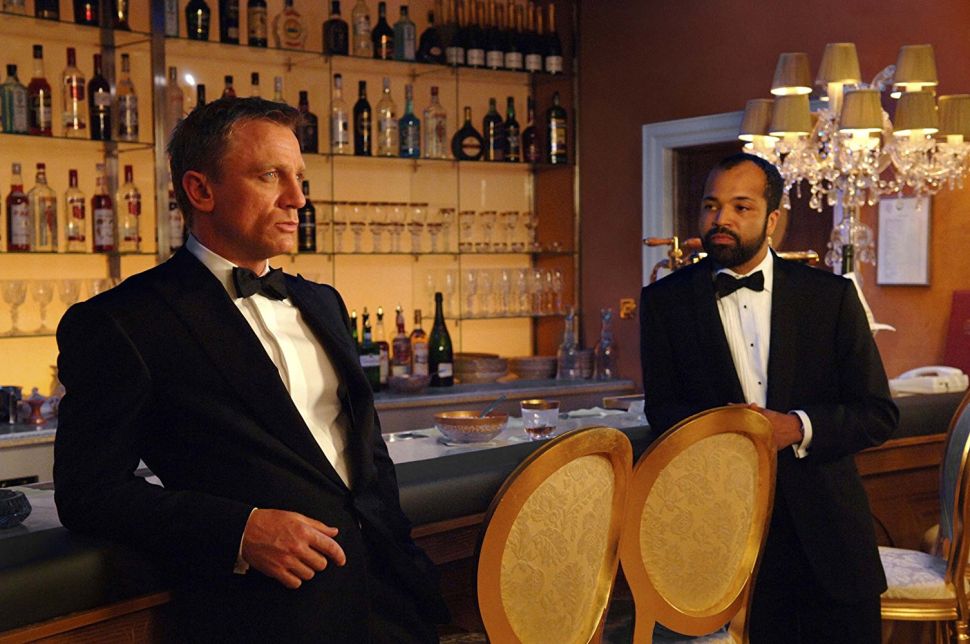