Remember the nonstop and confusing debate over Dyson’s new $500 hair curler (the Dyson Airwrap) on social media last year? Like it or not, the hype around the pricey and futuristic-looking hair styler—and almost all of Dyson’a previous products—plowed so much profit in 2018 that the company’s founder, James Dyson, is now the richest man in Britain.

James Dyson is best known as the inventor of Dyson’s famous bagless vacuum cleaner. This week, his net worth surged by a whopping $4 billion after his U.K.-based company reported a record £1.1 billion ($1.4 billion) revenue for 2018, up 37 percent from the previous year.

Dyson, 71, is now worth $13.8 billion, according to the Bloomberg Billionaires Index. Globally, he is the 89th richest person.

Dyson, an industrial designer and engineer, came up with the idea of a bagless vacuum cleaner using the principle of cyclonic separation in the late 1970s. He spent five years developing the product, making more than 5,000 prototypes (while living on his wife’s salary as an art teacher) and debuted the first version of the Dyson bagless vacuum cleaner, the “G-Force,” in 1983.

However, unable to find a manufacturer in the U.K. who wanted to mass produce his invention (because vacuum cleaner makers worried it would destroy the valuable dust bag market), Dyson ended up launching the “G-Force” in Japan through catalog sales. Despite its hefty price tag (about $2,600 in the 1980s), the product sold well in the economically booming Japan.

Ten years later, in 1993, Dyson took his proud invention back to the U.K. and, still unable to find an interested manufacturer, set up his own company in Wiltshire in West England.

The Dyson vacuum cleaner became a global sensation in the late 2000s largely thanks to the popularity of social media. Although it’s unclear how many units it has sold in the U.S. because Dyson doesn’t disclose this number as a private company, the company is consistently ranked as one of the best home appliance brands by American media.

Dyson’s other well-known products include a blade-less fan, a washing machine with two counter-rotating drums, the “Airblade” hand dryer seen in many public restrooms in the U.S. and the popular Dyson Supersonic hairdryer with a hollow tube and no back motor.

Last year, Dyson surprised the beauty industry again with a hair styler kit featuring an impossible-looking curling iron that can pick up your hair without a clip and curl it without heat.

The company said the profit surge in 2018 mainly came from the sale of its beauty products in Asia, which accounted for more than half of Dyson’s total revenue. Some of its products were among the top-selling items during Chinese e-commerce giant Alibaba’s annual “Singles’ Day” sale event last November. 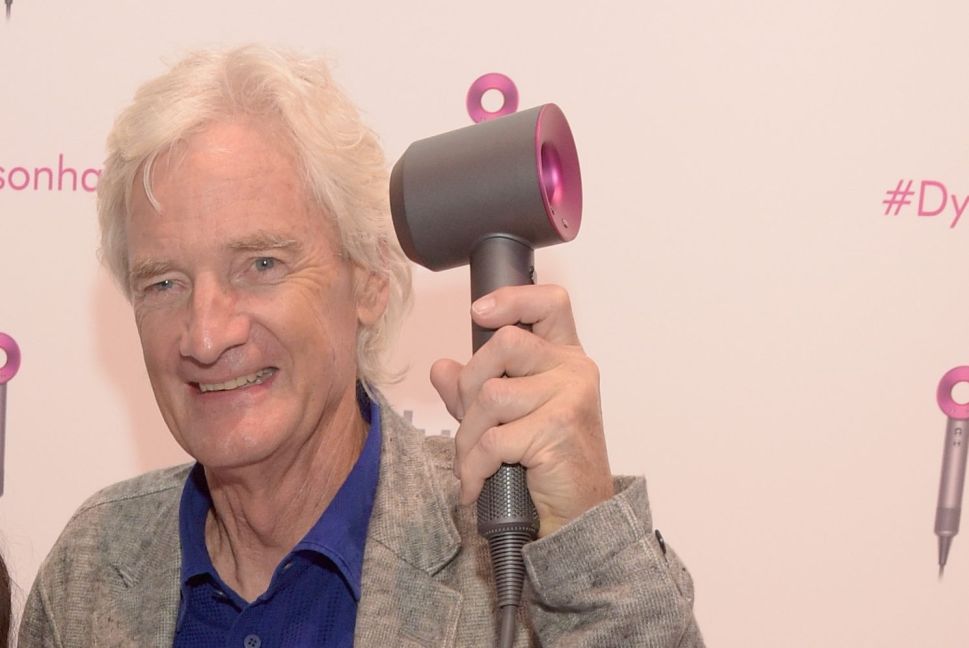