Amazon founder and CEO Jeff Bezos is divorcing his wife, novelist MacKenzie Bezos, 48, after 25 years together. The couple announced the life change in a tweet Wednesday morning, three days before Jeff’s 55th birthday.

“We want to make people aware of a development in our lives,” the Amazon founder said in the announcement. “… After a long period of loving exploration and trial separation, we have decided to divorce and continue our shared lives as friends.”

The couple has four children: three sons and one daughter adopted from China.

With his net worth currently standing at $137 billion, Bezos’ divorce could be the most expensive separation in history.

In the U.S., family laws differ from state to state. Washington State, where the Bezoses live, is a “community property” state, meaning that all property and debt acquired during a marriage is subject to a 50-50 split at the time of a divorce, if the couple can’t negotiate an agreement on their own.

Bezos founded Amazon in 1994, one year after he married MacKenzie. Today, Bezos owns 16 percent of the company, or 80 million shares, worth about $129 billion at Amazon’s current valuation.

So, theoretically MacKenzie could claim up to $64.5 billion worth of Amazon-related assets plus half of Bezos’ other property from the divorce. In practice, though, it’s unlikely MacKenzie would force her husband to write a check that big, because the couple still have some common business interests.

Last year, they launched a $2 billion charitable fund called the Day One Fund. Bezos’ tweet on Wednesday suggests that he and MacKenzie will continue co-running the effort after the divorce.

In any case, the couple will have to go through quite a lengthy legal process to work all this out. In Washington, the minimum length of a divorce case is 90 days, and a typical case takes up to six months or longer, according to Washington-based family law firm McKinley Irvin.

Jeff and MacKenzie both attended Princeton University. But they didn’t meet each other until years later while they were both working at Wall Street firm D. E. Shaw in New York.

The couple was last seen together in public at the funeral for late Senator John McCain in September last year. 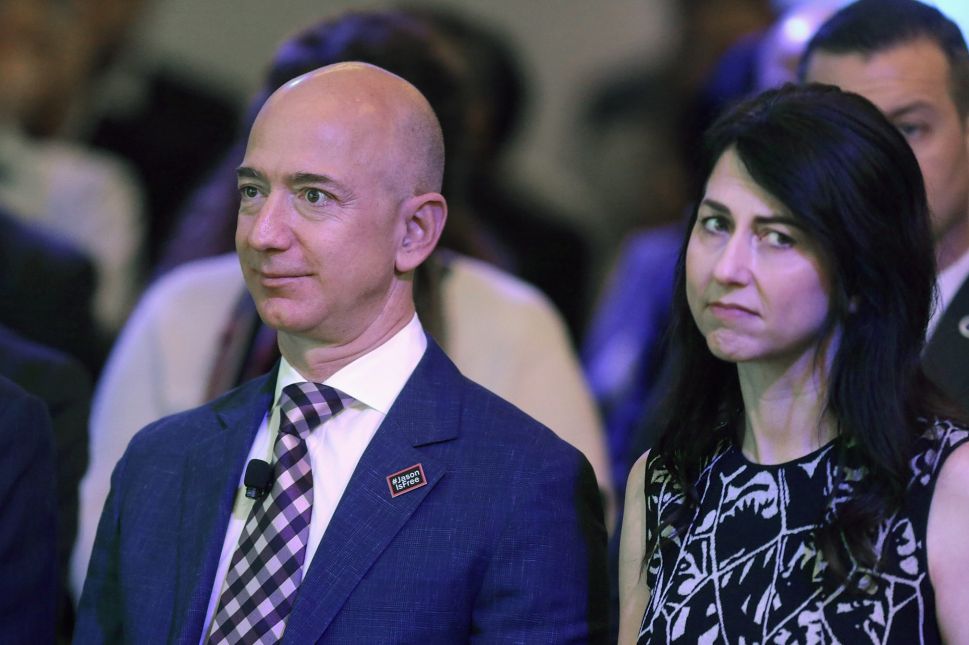