The world’s richest man, Amazon founder and CEO Jeff Bezos, surprised the world on Wednesday when he announced on Twitter that he and his wife, MacKenzie Bezos, had agreed to divorce after 25 years of marriage.

The shocking announcement sent news outlets—from both business/tech and celebrity gossip beats (including Observer)—scrambling to find earlier hints of their separation (such as Bezos’ alleged affair with former news anchor Lauren Sanchez) and hoping to answer the million-dollar question: How will Bezos’ $137 billion fortune be divided?

According to family law in Washington, where the Bezoses live, MacKenzie is entitled up to half of Bezos’ personal assets, the majority of which are tied to Amazon. Although the final arrangement will largely depend on negotiations between the couple, whatever amount of Amazon MacKenzie ends up getting, she is well deserving of it… in a similar way to that of an early investor.

Jeff and MacKenzie Bezos met in the early 1990s when both were working at the hedge fund firm D.E. Shaw in New York. The couple got married in 1993. And, a year later, Jeff Bezos founded Amazon.com from Seattle.

Despite Amazon’s rapid growth in the ensuing two decades, the Bezoses were known for keeping their personal life outside the media spotlight. MacKenzie was often praised as a devoted wife and mother of four; little was known about her involvement in Jeff Bezos’ work. However, one rare peek into that secret life was actually revealed by Mackenzie herself, when she left a passionate review of her husband’s biography, The Everything Store: Jeff Bezos and the Era of Amazon, on Amazon in 2013.

The book, authored by Bloomberg Businessweek writer Brad Stone, has been rated four and a half stars on Amazon by more than 1,300 readers. Most people praised the book with four or five stars. But a small one percentage of critics (or 16 people) gave it a mean one star. That included MacKenzie.

MacKenzie’s main issue with the nonfiction bestseller was its more than a few factual inaccuracies that she felt unfairly skewed the image of her husband and his company.

For example, in the book Stone alleged that Bezos’ decision to quit his Wall Street job to start Amazon.com was inspired by the novel Remains of the Day by Kazuo Ishiguro, a book about a British butler recalling his career and personal life during World War II. But MacKenzie pointed out that there was no way Bezos was inspired by the book because he didn’t read it until a year after founding Amazon.

“I have firsthand knowledge of many of the events,” she wrote. “I worked for Jeff at D. E. Shaw, I was there when he wrote the business plan, and I worked with him and many others represented in the converted garage, the basement warehouse closet, the barbecue-scented offices, the Christmas-rush distribution centers and the door-desk filled conference rooms in the early years of Amazon’s history.”

What bothered her even more was the book’s fictionalized narrative of what was going on in Bezos’ head without ever interviewing him. “The book is full of techniques which stretch the boundaries of nonfiction, and the result is a lopsided and misleading portrait of the people and culture at Amazon,” wrote Mackenzie, who is a novelist herself.

“‘Bezos felt…’ ‘Bezos believed…’ ‘Bezos wanted…’ ‘Bezos fixated…’ ‘Bezos worried…’ ‘Bezos was frustrated…’ ‘Bezos was consumed…’ ‘In the circuitry of Bezos’s brain, something flipped…'” she continued with a few examples. “When reading phrases like these, which are used in the book routinely, readers should remember that Jeff was never interviewed for this book, and should also take note of how seldom these guesses about his feelings and motives are marked with a footnote indicating there is any other source to substantiate them.” 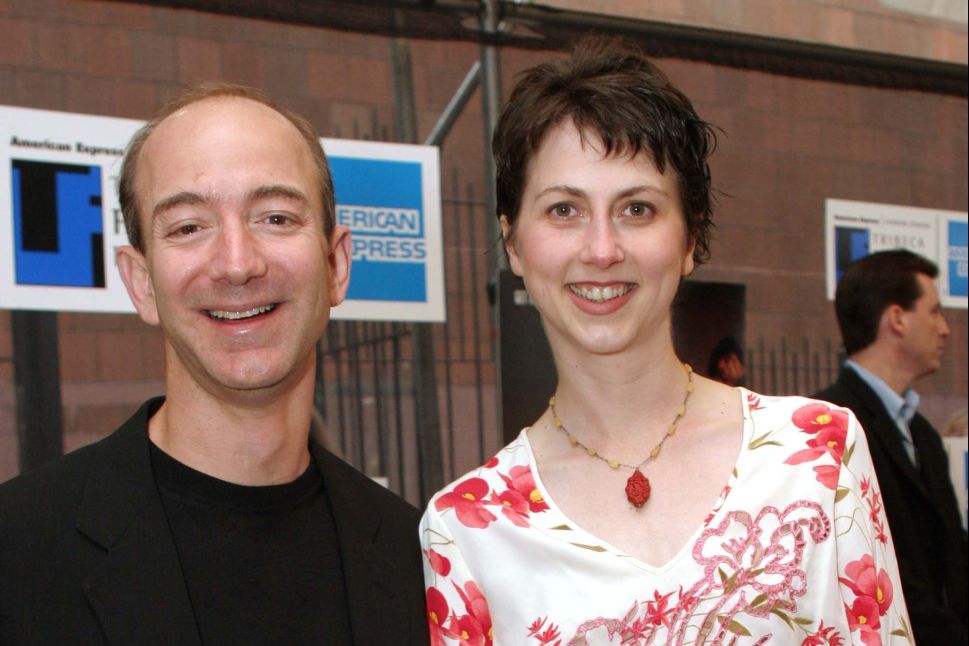