Less than a year after they settled into the box-like tower known as 432 Park, Jennifer Lopez and Alex Rodrigez are ready for their exit. The couple made their first joint home purchase together when they scooped up the midtown condo for $15.32 million in February 2018, but they’re moving on to bigger and better.

Lopez and Rodriguez just tossed the 4,003-square-foot pad onto the market for $17.5 million, which is a notable markup considering their short tenure in the building. The sleek three-bedroom, four-and-a-half-bathroom abode occupies half a floor, but as Page Six reports, there just wasn’t enough room for the entire family—both Lopez and Rodriguez have two children from their previous marriages.

As such, they’re looking for even more spacious accommodations downtown, which means their Park Avenue home is up for grabs.

A private elevator opens into the apartment, which has solid oak flooring throughout. The custom-windowed eat-in kitchen is equipped with a center island, white lacquer and oak cabinetry, stainless steel Miele appliances and marble floors, per the listing held by Adam Modlin of Modlin Group.

There’s a corner dining and living area as well as a separate library. The master suite has an oversize closet and dressing area, with two marble bedecked bathrooms (floors and walls!) that are fitted with custom wood cabinetry, freestanding soaking tubs and separate showers.

The furniture in the two secondary bedrooms is perhaps the best indicator of the family’s desire to depart—one contains bunk beds, while the other is configured with three floral day beds.

It’s not clear where, exactly, Lopez and Rodriguez are heading next, other than a luxe downtown Manhattan spot that is somehow even more over-the-top than 432 Park. But this midtown apartment isn’t the only piece of pricey New York real estate they’re trying to sell—Lopez has been hoping to snag a buyer for her impeccably designed penthouse at the Whitman, atop 21 E. 26th St., since October 2017. She seems quite confident she’ll find the right person to take it off her hands, as the multi-hyphenate entertainer hasn’t lowered the $26.95 million price tag by even a cent. 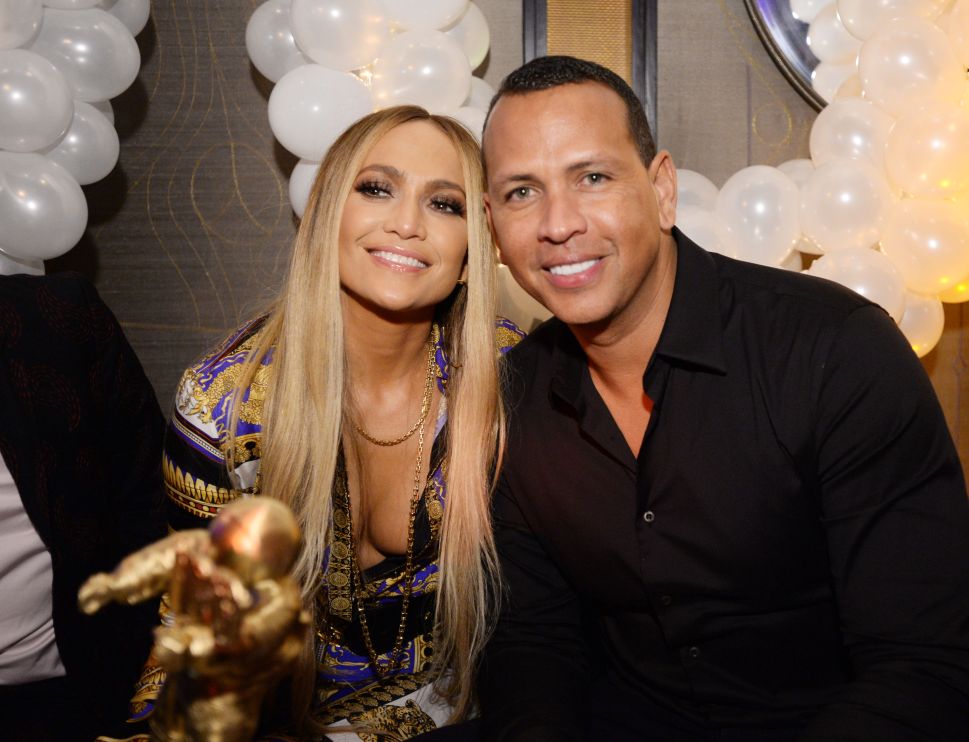