One might assume that Jill Abramson, former executive editor of The New York Times, would place a great deal of value on the importance of fact-checking. However, recent criticism for her upcoming nonfiction book, Merchants of Truth—which her publisher Simon & Schuster calls “the definitive report on the disruption of the news media over the last decade”—indicates that Abramson may not have gotten it all right.

On Monday, Vice News Tonight climate and environment reporter Arielle Duhaime-Ross tweeted that she’d been made aware of a passage in Abramson’s book that mentions her specifically, and that “in that one paragraph there are SIX errors and several false implications.”

For reference, here's what she wrote (this picture was sent to me, and I verified it with a digital copy from the publisher):

Duhaime-Ross’ thread is worth reading in its entirety because Abramson’s alleged misreporting doesn’t end there. Abramson also writes that Duhaime-Ross had “no background in environmental policy” and “almost missed” a big story soon after being hired by Vice, two allegations that Duhaime-Ross and her colleagues reject as completely false.

I worked with Arielle for two years and this is absolute garbage and doesn’t resemble the person I knew in any way.

To characterize Arielle as some cool diversity hire that didn’t work hard (lmao good lord) and was unqualified is shameful and bigoted. https://t.co/XXMcAMq8zK

“The graf paints a picture of a ‘hip’ outsider, who was about to go study snakes but was plucked from obscurity & plopped in front of a camera w/ zero experience in journalism or covering the environment. That doesn’t resemble my career trajectory in any way,” Duhaime-Ross wrote.

Wow, this is a straight up lie in @JillAbramson’s book. I was this reporter. Like every other reporter there,i was told by experts not to walk around with a PPE unless you were in the ICU. I also worked alongside Times reporters, who a. Gave me that advice and b. Did the same. pic.twitter.com/F5hgL1nsxM

Abramson also apparently confused Charlottesville, Virginia, the site of the white nationalist Unite the Right protest that resulted in the death of activist Heather Heyer, with Charlotte, North Carolina.

from the Jill Abramson book: Charlottesville is apparently in North Carolina. pic.twitter.com/tNpu7zO02w

Abramson’s book hasn’t been released yet—it’s out February 5—but the fact that other journalists are pointing out its various errors doesn’t exactly bode well for Merchants of Truth. But at least one person remains in Abramson’s corner: Donald Trump, who recently responded to some Washington Times and Fox News headlines about the book suggesting that Abramson thinks The New York Times is biased against the president. “Ms. Abramson is 100% correct,” Trump tweeted. “Horrible and totally dishonest reporting on almost everything they write. Hence the term Fake News, Enemy of the People, and Opposition Party!”

Simon & Schuster has not responded to Observer’s request for comment. 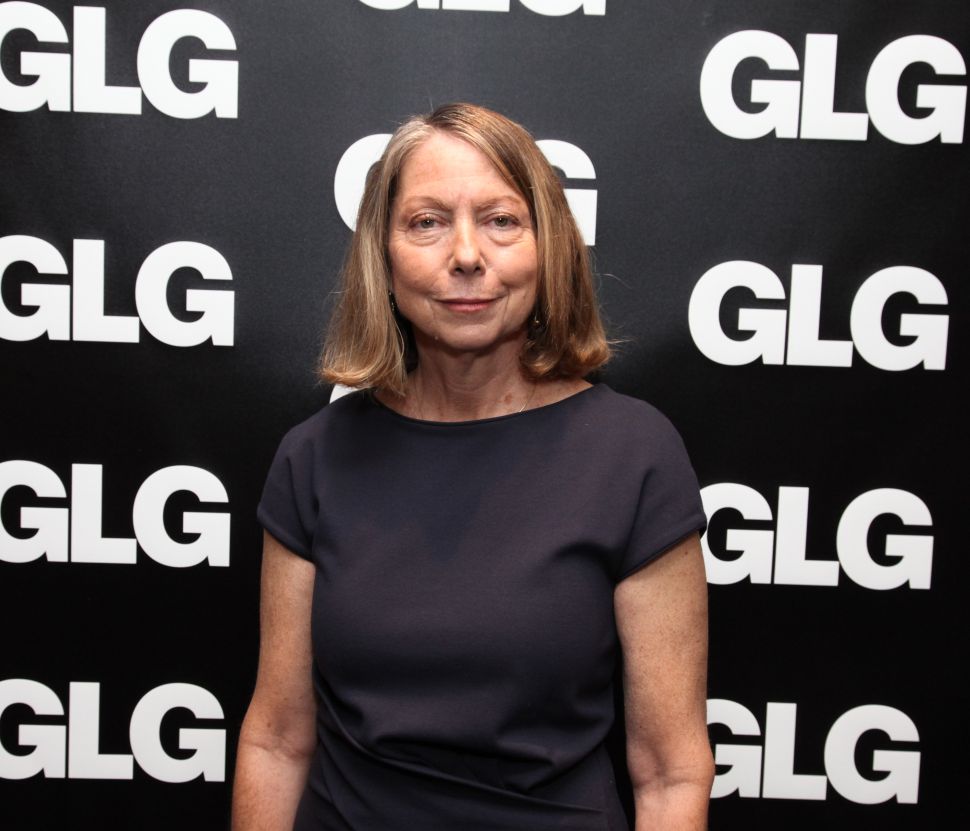