After his contract with Paramount Pictures expired last summer, J.J. Abrams and his Bad Robot banner became the most sought-after free agents in recent Hollywood history. (Think Super Bowl–winning quarterback Peyton Manning hitting the open market in 2012, but about five times bigger in terms of dollars and cents.)

It has been widely reported that the writer, director and producer is now looking for a lucrative, cross-platform mega-deal that will enable him and his studio to continue their successful work on the big and small screens (linear, theatrical and streaming), while also adding video games, live theater, music, merchandising and even theme park attractions to their growing repertoire.

Studios eyeing Abrams include Universal, Warner Bros. (which houses Bad Robot Television) and Disney, with the latter two considered the front-runners, per Deadline. Unsurprisingly, these studios routinely pull in the biggest annual numbers at the domestic box. Universal is said to be making a strong push against its competitors, while Sony and Apple are also reportedly interested. And the Lost mastermind can hardly ignore the allure of deep-pocketed streamers like Netflix and Amazon, though they remain unlikely next destinations for him at this point.

So which landing spot is ultimately the right one for Abrams? And which will benefit the industry the most?

“He’s the guy who comes in and reimagines franchises,” Paul Dergarabedian, senior media analyst at Comscore, told Observer. “What he did with Star Trek was brilliant. It was the same tactic he took with Mission: Impossible III, and it’s what fans saw with the successful Star Wars: The Force Awakens.”

That’s exactly what studios want to hear as they increasingly rely on established properties to draw audiences to the box office.

“I think moving forward he will take on high-profile films that keep the money flowing, but juggle that with smaller projects that are more fulfilling to him as an artist,” Gitesh Pandya, founder of the film industry analysis site BoxOfficeGuru.com, told Observer. “He can definitely make that balance work.”

It’s not that Abrams can’t create compelling original content. Super 8, the Cloverfield series and much of Bad Robot’s small-screen work (Lost, Alias, Fringe, Castle Rock) are evidence of that. But his track record suggests that he’s best suited for a studio that boasts an extensive library of existing intellectual property. That is a major reason Disney is considered a favorite to land his services.

“As director of the highest-grossing domestic movie of all time [2015’s Star Wars: The Force Awakens], Abrams is in the enviable position of having many suitors give him a home for his future projects,” Pandya said. “As owner of Lucasfilm, Disney has an existing relationship and could end up being a great home for him.”

This is the prevailing sentiment throughout the industry.

Yes, Disney is the biggest entertainment conglomerate on the planet, and Abrams already has very strong ties to it. But is this the most ideal scenario for Hollywood?

The Mouse House has led the film industry in domestic market share three years running. It broke its own all-time industry record for the highest-grossing domestic year in 2018 with a gargantuan $3.1 billion. The studio will very likely shatter that number this year with massive home-run swings like Captain Marvel, Avengers: Endgame, Toy Story 4 and Abrams’ own Star Wars: Episode IX. In other words, Disney doesn’t need Abrams to succeed. They’re the Golden State Warriors of the biz right now.

There’s also the question of just how much ownership a conglomerate can effectively handle. Once Disney’s acquisition of Fox is approved, it will control an astonishing 35 percent of the North American box office, two rising streaming services (Disney+ and Hulu) and multiple linear television networks (including ABC, ESPN, FX and NatGeo)—not to mention boast the most expansive back catalog of content in the game. Is there even any room for the ambitious expansion of Bad Robot’s multi-pronged aspirations? Wouldn’t another studio or streaming service winning the J.J. sweepstakes mean that he’d get the attention and carte blanche he deserves?

“Whoever you go with on the theatrical side needs a strong marketing and distribution team,” Dergarabedian said. “Any home that gives him a massive amount of creative freedom to do his thing, that’s a good home.”

While the streaming services are a long shot, they do seem to have the resources and open-mindedness to support Abrams’ more niche tastes.

“Digital and streaming giants could establish themselves even more by reaching into their deep pockets and offering a more handsome deal,” said Pandya, “plus more creative freedom to allow him to fund personal projects and ventures that are less commercial, which traditional studios would pass on.”

Universal could also be a great home, but it’s unknown if Abrams would want to be under the same umbrella as Spielberg. Which leaves Warner Bros. We can’t help but be intrigued by the thought of Abrams partnering with a studio that owns a slew of successful blockbuster franchises, including the Harry Potter series, DC Universe, Lego and Legendary’s surprisingly successful MonsterVerse (Godzilla and King Kong). WB also boasts some marquee in-limbo series that could be resurrected under his stewardship, such as The Matrix and Mad Max. Plus, WB has shown the ability to develop original franchises like James Wan’s Conjuring universe. The studio hasn’t finished below the top three in domestic market share since 2006 and has a reputation as a filmmaker-friendly outfit. The quantitative and intangible arguments are strong.

Bad Robot Television is already housed at WB, which has one of the largest small-screen branches in entertainment. WarnerMedia is developing its own streaming service, which would give Abrams and his flock ample room to stretch out. Warner Bros. Records and Warner Bros. Interactive Entertainment can scratch his music and video game itches. And while WB isn’t known for theme parks, it does own Warner Bros. Movie World in Australia and partners with Universal on the Wizarding World of Harry Potter around the world. He can work with that.

At the end of the day, Disney will probably wind up signing Abrams to a deal that could “perhaps reach $500 million, for everything,” reports Deadline. And that will be perfectly fine. We imagine only good things will come from an industry behemoth playing with one of Hollywood’s shiniest toys. But it might help even the playing field if another studio were able to add him to its arsenal.

Either way, the real winner—besides the Abrams family bank account—will be the fans. As Dergarabedian put it, “I think there’s so many great movies still to come from him.” 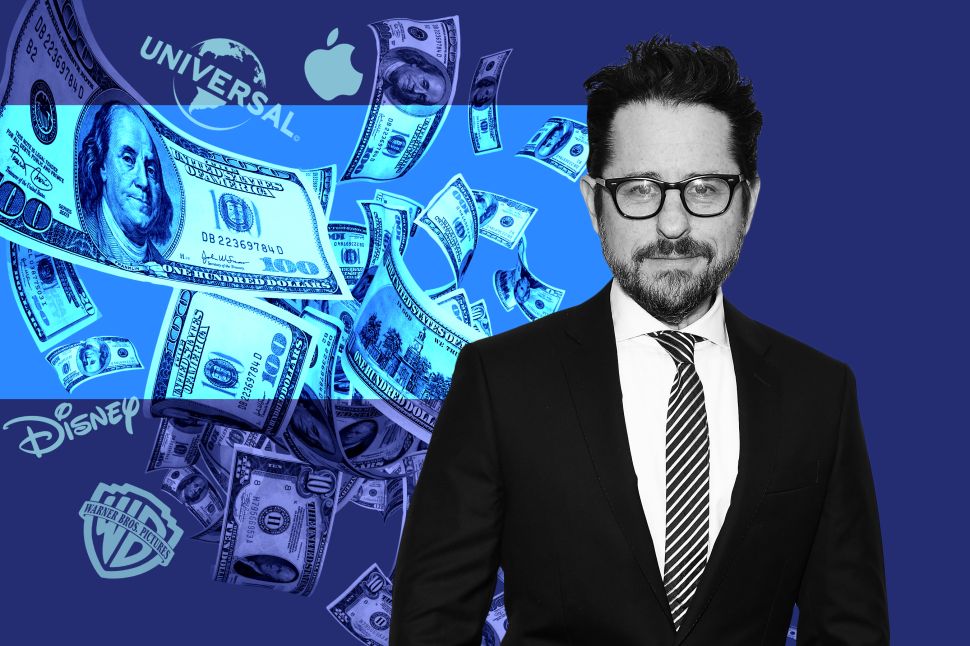