John Bolton’s trip to the Middle East last week was intended to alleviate allies’ concerns over the question of troop withdrawal from Syria. Instead, he left the region having angered world leaders and White House officials.

Speaking from Jerusalem, President Donald Trump’s national security advisor warned Turkey against military action not cleared with the United States. According to The Washington Post, Bolton’s speech “enraged” Turkish President Recep Tayyip Erdogan, while upending negotiations between the U.S. and Turkey. As a result, the Turkish leader refused to meet with Bolton during his visit to the region.

“It was probably a bad idea for Bolton to go rogue and try to impose conditions on the United States withdrawal from Syria,” wrote Turkey’s pro-government publication Daily Sabah.

Although Bolton told conservative radio host Huge Hewitt that he “delivered the message that the president wanted,” one of Trump’s advisors called Bolton’s trip “entirely unfortunate.”

“They screwed this whole thing up, and it didn’t have to be this way,” the advisor told The Post. “It could have been a defensible decision, done thoughtfully.”

Senior staff at the Pentagon and State Department, meanwhile, are concerned over Bolton’s increasingly hawkish hardline toward Iran. Speaking to The Wall Street Journal, former officials described being “rattled” and “shocked” over Bolton’s requests for military options on “a forceful U.S. response” against Tehran. Officials also told The New York Times that Trump’s national security advisor “does not want to hear opposing views… and wants to control everything that flows to the president.”

Having long supported regime change in Tehran as a private citizen, Bolton has branded his tenure at the National Security Council around the issue—overseeing America’s withdrawal from the Iran nuclear deal, while warning the regime that there would be “hell to pay” should it continue aggravating U.S. allies. 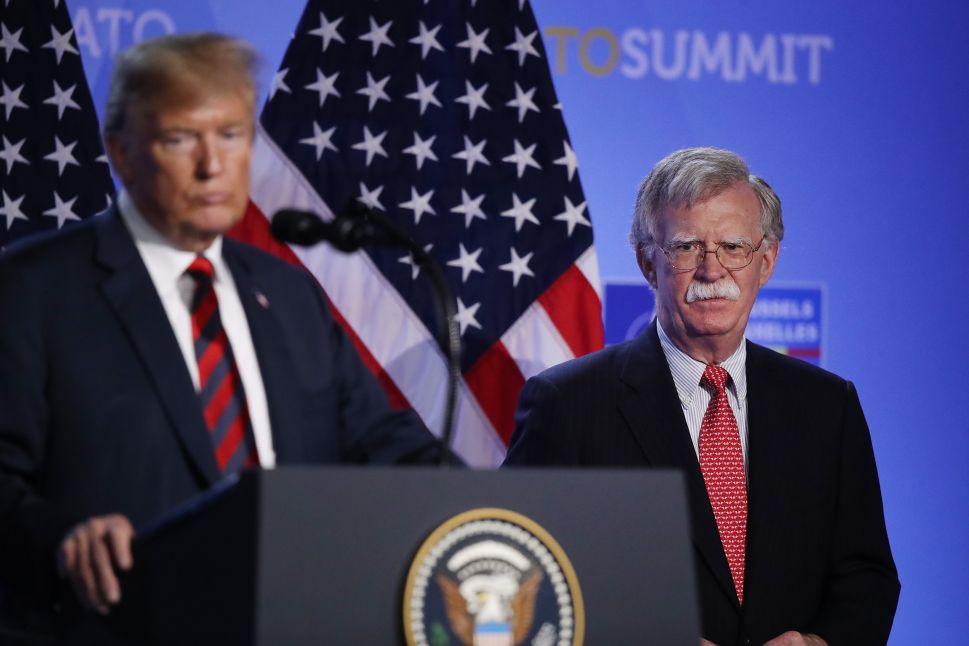