The holiday season might be over, but the royal family isn’t done celebrating. Kate Middleton turned 37 today, ringing in her birthday with a rather casual affair.

Instead of a glamorous state dinner or official bash—à la Prince Charles’ multiple festivities or Queen Elizabeth’s birthday parade—Middleton is spending a relaxing, low-key day at her home at Kensington Palace, according to Daily Mail. Prince George and Princess Charlotte headed back to school yesterday, so Middleton hung out with her youngest son, Prince Louis, until her older children returned to the palace later in the day.

Surely, Prince William has something special planned for later, but he started the day with a visit to London’s Air Ambulance Charity, which celebrated its 30th anniversary this year. It’s a very fitting event for the Duke of Cambridge, who previously worked as an air ambulance pilot in East Anglia for two years, and is now the patron of the air ambulance’s anniversary campaign.

Prince William visited with staff, patients and families for the occasion, and even though he had official appearances to make, he didn’t forget about his wife’s big day. In case he did, however, he got an extra reminder from the children there, who presented the Duke of Cambridge with a birthday card to give to the Duchess.

And this was the birthday card that Arielle, Omri and Alma made for Kate today that William thought so sweet (and approved of the handwriting) @LDNairamb pic.twitter.com/AAmQn5pEhG

Middleton has already received a ton of social media shoutouts, including Instagram tributes from the Kensington Palace and Clarence House accounts. The Royal Family account went a step farther and presented a multi-photo slideshow of the Duchess attending her various official engagements since returning from maternity leave earlier this year.

What other gifts can Middleton expect? Despite the questionable rumors of a feud, Meghan Markle is sure to give her sister-in-law something memorable—never forget when she presented the Duchess of Cambridge with a dream journal.

Meanwhile, Prince William has gone all out in the past, buying her a pair of pearl earrings and a diamond-encrusted Van Cleef & Arpels compact. Perhaps this year he should consider a more experiential treat. Given that the couple did miss out on the Middleton family’s recent St. Barths getaway, a tropical vacation could be just what she needs. 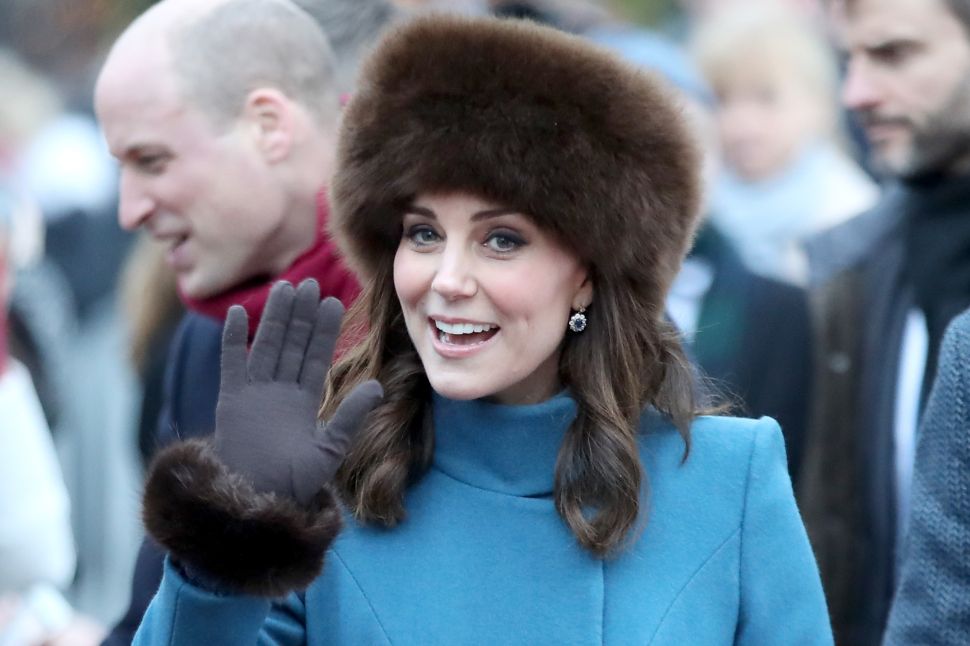