Kate Middleton attended her first official engagement of the year today at King Henry’s Walk Garden, where she built a bird box, made pizza and chatted about Queen Elizabeth’s favorite slices.

The entirely volunteer-run garden in Islington includes growing plots for local residents to cultivate, communally maintained planting areas where folks can come and hang out, and a pond and wooded space. The garden also offers educational classes and has helped to reduce vandalism in the area.

Middleton, who sported a $599 Dubarry tweed jacket, skinny jeans and See by Chloé lace-up combat boots (which, by the way, are currently marked down from $445 to $267 ), will also contribute to a major garden in the near future. Shortly before her appearance, it was announced the Duchess of Cambridge is co-designing a garden with the Royal Horticultural Society for the Chelsea Flower Show this spring. As Kensington Palace noted, the woodland-based Back to Nature garden will showcase Middleton’s love of the outdoors and the benefits nature has on both physical and mental health, particularly in the development of young children.

Middleton’s visit today focused on how the project brings the neighborhood together through gardening and growing food, and she jumped right into the activities, which included a winter planting workshop and bird box building, because even royals like arts and crafts.

The garden has its own outdoor pizza oven, and Middleton, who recently celebrated her 37th birthday, joined schoolchildren in creating personal pies using ingredients harvested from the garden. One of the children asked the Duchess if Queen Elizabeth enjoys pizza, and while Middleton wasn’t entirely certain about the monarch’s slice preferences, she promised to ask. (Here’s hoping there’s a palace press release in the near future announcing whether the Queen is a fan of pepperoni, plain or mushroom.)

The event was right in line with Middleton’s personal initiatives, which focus on young children, mental and physical advocacy, the outdoors and how all three work together—she also visited a community garden (the Sayers Croft Trust) to mark her return to public life from maternity leave.

But the Duchess of Cambridge does have some big royal shoes to fill when it comes to her design for the Chelsea Flower Show, which will be revealed in February. Prince Harry participated in it back in 2015, and his charity, Sentebale, presented an award-winning design. But Middleton got a jump start today—one of the bird boxes she made will be incorporated into the show. 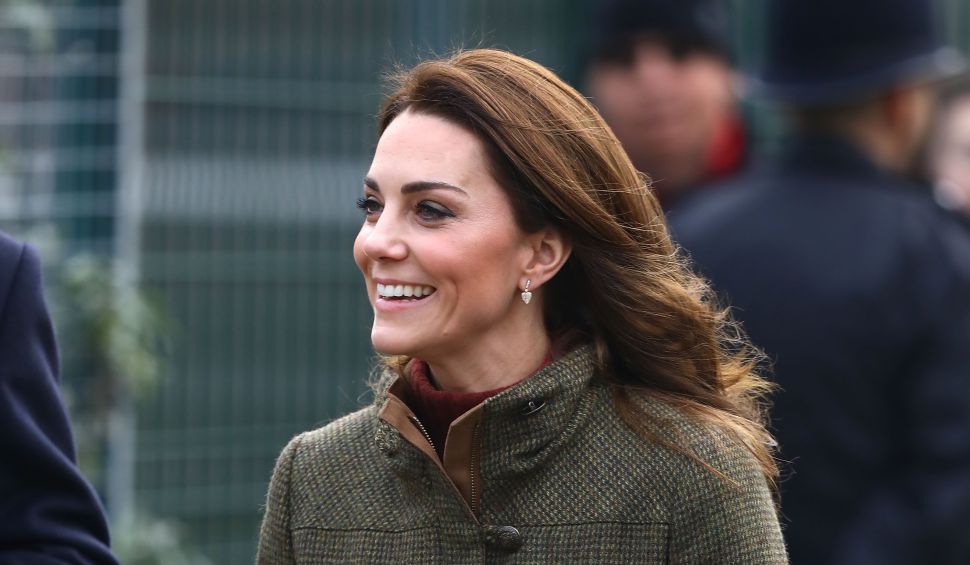