Kate Middleton may have been the birthday princess yesterday, but the Duchess of Cambridge made the day all about her children. Middleton turned 37 this year, and she enjoyed the same celebratory tradition she has upheld since Prince George was born in 2013: a low-key, casual day at home.

Middleton is apparently not very fond of elaborate birthday bashes, but her children are, so she used her special day to give them a present of their own. The Duke and Duchess of Cambridge were extra British and held a small tea party at Kensington Palace, complete with candles and presents, for Prince George and Princess Charlotte, reports Vanity Fair.

Prince William had to leave his wife at the beginning of the day to visit London’s Air Ambulance Charity, so Middleton spent time at home with Princess Charlotte and Prince Louis (while Prince George already returned to school after the holiday, her daughter’s nursery school isn’t in session yet).

But the Duke of Cambridge made it back in time for the family fete, armed with special surprises for the little Cambridges: a plush-stuffed helicopter for Prince Louis and then a plastic helicopter intended for Prince William that he decided would have to go to his oldest son.

“Can’t get back without a gift of a helicopter. George will never forgive me,” he told the group at the Air Ambulance Charity, per Hello, as if anyone could ever forget Prince George’s affection for choppers (hopefully, this one doesn’t cause any meltdowns). It seems Princess Charlotte didn’t receive her own toy, though she did get a number of bright cards, as did the actual birthday girl.

We’re still not certain what Prince William gave his wife on her big day, but we can’t imagine he returned home empty-handed. Perhaps he took our suggestion of an island getaway, though a chic piece of jewelry is more likely. Either way, we’re sure the Duchess of Cambridge was showered with gifts from all her family members. That said, she wasn’t the only Duchess who scored something major from the royals this week: Queen Elizabeth named Meghan Markle the new royal patron of four different charities today. 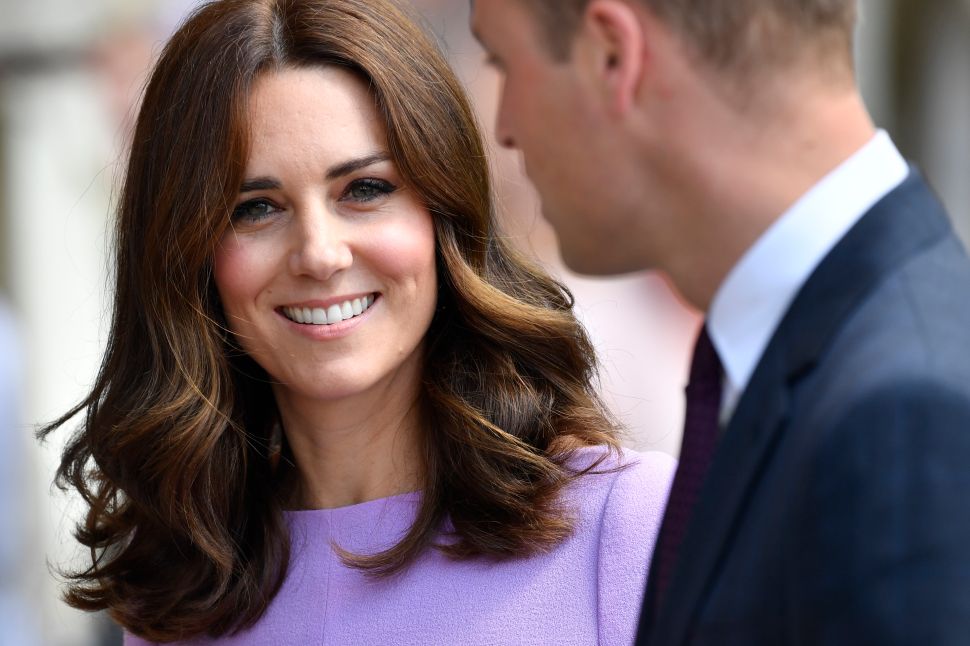