It’s shaping up to be a very busy 2019 for the royal family, and Kate Middleton is already filling up her schedule with engagements for her personal initiatives, focusing on young children, families and mental and physical health advocacy.

Her next appearance is apt, then, as the Duchess of Cambridge will visit Family Action’s Lewisham Center in South London on January 22.

Family Action, which is celebrating its 150-year anniversary in 2019, is made up of 150 local and national services, and works to support vulnerable, at-risk families and children facing financial issues, mental health problems, disabilities, domestic abuse, substance abuse and other hardships. It has a long history with the royal family, as Queen Elizabeth has been its royal patron since 1953.

Middleton will also launch FamilyLine, the organization’s new free national support line, which will function through a network of volunteers from across the United Kingdom that offer help through calls, emails and texts. Her visit will include a conversation about family pressures and how to resolve them. The royal family has become much more open in speaking about family and mental health in the past few years, and Prince Harry publicly stated he turned to therapy to deal with Princess Diana’s death.

This isn’t Middleton’s first time working with Family Action—she visited the Hornsey Road Children’s Centre back in November 2017, when she was pregnant with Prince Louis. She spoke about personal experiences during her visit there, admitting that Prince William didn’t know exactly what to do when he first became a father to Prince George.

The Duchess of Cambridge’s upcoming visit next week is just one of many upcoming events on her calendar this season. Middleton is also embarking on a bit of a fashion voyage to learn more about the industry. Considering “The Kate Middleton Effect” has been estimated to have added ‎£1 billion to the British economy, she already has a head start. 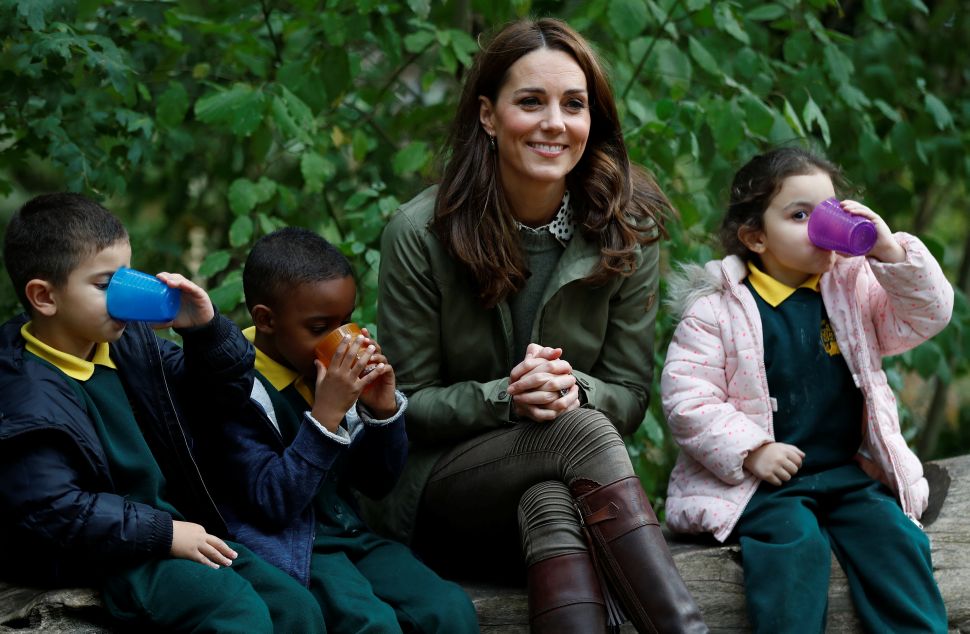