There’s a new record this week, and it has nothing to do with an Instagram of an egg. Billionaire Citadel hedge fund founder Ken Griffin finally closed on his much-discussed penthouse at 220 Central Park South, and it sure was a pricey purchase.

Griffin’s new apartment set him back around $238 million, according to the The Wall Street Journal, and it also set a record for the most expensive home sale in America—at least for now.

He signed a contract on the approximately 24,000-square-foot abode at the Vornado Realty Trust–developed building back in 2015, and now construction is almost complete. Vornado was represented by Corcoran broker Deborah Kern, while Griffin was repped by Tal and Oren Alexander at Douglas Elliman.

The hedge-funder’s spokesperson confirmed the purchase, adding that now that Citadel is planning on a larger New York presence (it has a new office at 425 Park Ave.), Griffin was “looking for a place to stay when he’s in town.” Apparently, Griffin has a very different concept of a pied-à-terre than the majority of the population.

Sadly, details are scarce when it comes to Griffin’s fancy new residence, though we do know interiors at the 118-unit building were designed by Thierry W. Despont. Griffin’s particular apartment is reportedly being delivered unfurnished, as a white box.

The building is clad in Robert A.M. Stern’s trademark Alabama limestone, and amenities include private dining rooms, a sleek fitness studio and a spa.

Griffin’s purchase takes the top spot for the most expensive sale in the United States from a record set by another hedge funder manager, Barry Rosenstein, who paid $137 million for a Hamptons mansion back in 2014.

Griffin has spent hundred of millions on real estate in the past several years, including a $60 million Miami penthouse in 2015 (setting a record for the priciest Miami condo) and a $58.75 million multi-floor Chicago apartment. He’s also been amassing a nearly $250 million spread in Palm Beach since 2012.

But let’s not forget about the major purchase he made mere days ago: Griffin doled out a staggering $122 million for a historic London mansion this month. It didn’t set a new British record, but it does neighbor Buckingham Palace. 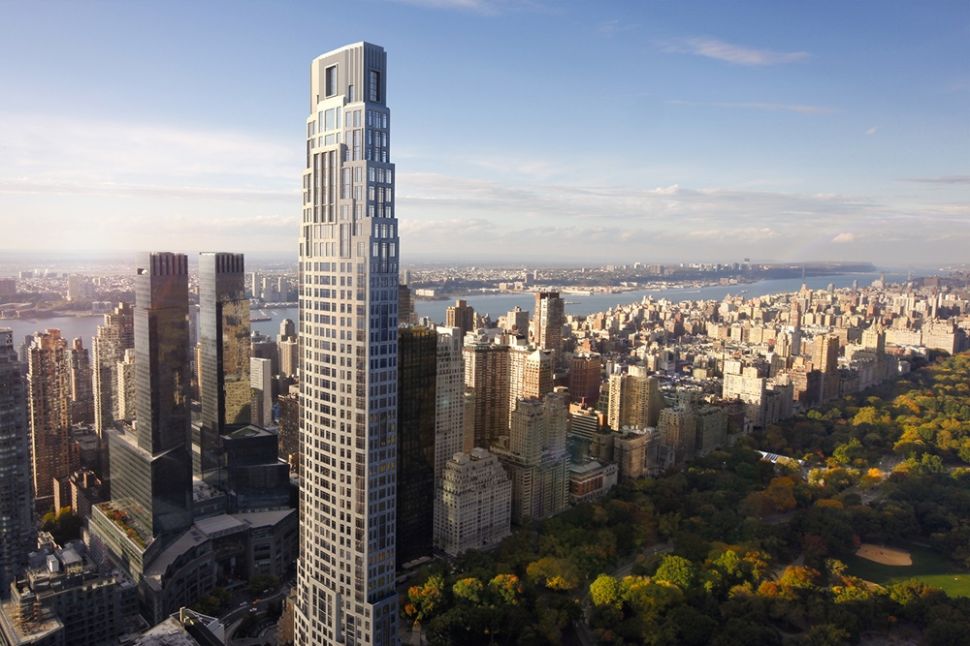