Querulous but confident, Michael Caine is still going strong at 85 (he’ll turn 86 in March). King of Thieves, a heist film with humor, is not much of a vehicle, but some of his old cockney twinkle is still there.

This is the true story of the headline-grabbing Easter holiday weekend robbery in 2015, when a geriatric gang the press labeled “the over-the-hill mob” successfully broke into the impenetrable Hatton Garden Safe Deposit Company in central London, where the diamond merchants hide their most valuable jewels, and relieved the underground vaults of a priceless fortune (alleged estimates run the gamut from £25 to £200 million, most of which has never been recovered).

Caine leads a cast of distinguished British actors as a retired London safecracker, master criminal and “king of thieves” named Brian Reader. After the death of his beloved wife (Francesca Annis), he goes back on his promise to stay out of trouble after running into the shy, eccentric electricity and alarm-system expert Basil, played with oddball charm by handsome British actor Charlie Cox, who says he knows an infallible way to rob the vaults of more easy money than dreams are made of.

Longing for one last hurrah, Brian rounds up a handful of other bored old codgers (including Tom Courtenay, Jim Broadbent, Ray Winstone and Paul Whitehouse) to welcome a rush of the old criminal adrenaline in a daring plan to stage what is now called the biggest robbery in British history. They’ve got hip replacements, bad knees, diabetes, hearing aids, no knowledge of modern technology and a drunken, incompetent fence who works in a fish market (the great Michael Gambon).

Unlike most heist flicks, details are spared, but somehow they manage to disable alarms, scale elevator shafts, drill through steel bars and carry away everything from cash to gold bricks. “Crooks,” says Caine in the cynical way only he can, “are like boxers—they lose their legs first, then they lose their reflexes, then they lose their friends.” The movie, cleverly written by Joe Penhall and helmed by James Marsh, who directed the brilliant The Theory of Everything, catalogues the many ways he was proven right.

Things go well—until they don’t. With Scotland Yard hot on their trail, the scheme goes south when logic is replaced by greed and distrust, and the crooks start cheating and betraying each other. The first half of the film has a charming, light touch; the second half switches to a grim mood of mounting paranoia. While the accents are sometimes baffling, the performances are uniformly polished, fascinating and unpredictable. British character actors are the best in the world, and King of Thieves provides a perfect example of why. Like the distaff side of today’s British royalty that includes Judi Dench, Maggie Smith, Joan Plowright and Eileen Atkins, it’s a marvel to watch Caine, Courtenay, Broadbent and Gambon go at each other with an aplomb that dazzles. 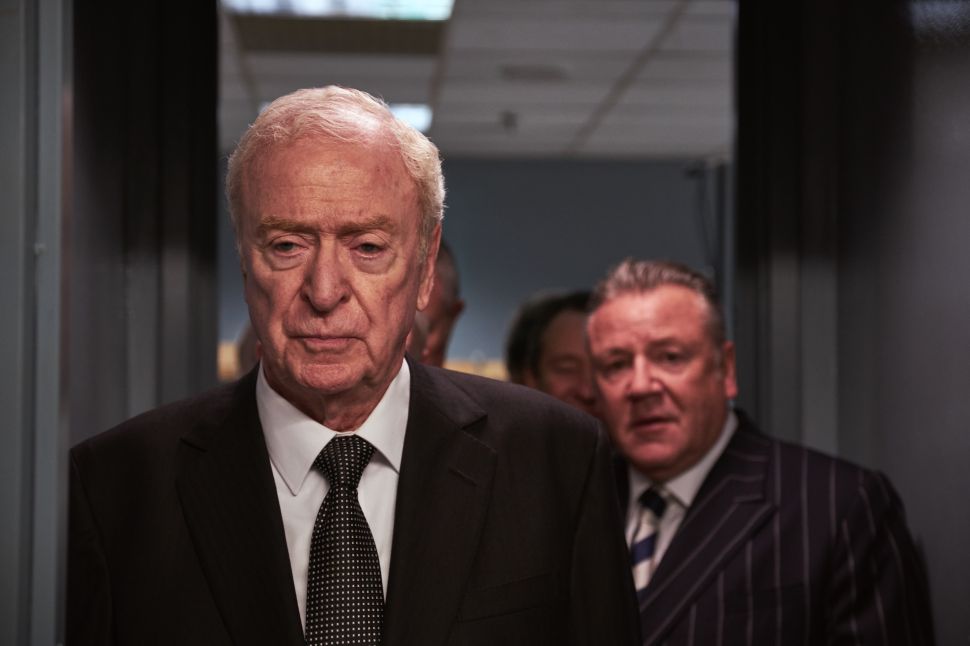