Maybe it’s true that the rich are getting richer and the burden of an economic downturn only falls upon the bottom majority of us. Despite a tumultuous year in global stock markets and trade tensions, one branch of the world economy came out of 2018 miraculously unscathed: the luxury goods sector.

On Tuesday, LVMH, the world’s largest luxury conglomerate, posted a record revenue of $53.4 billion, a nine percent jump from the previous year and the best number in the company’s history. Eighteen percent of the sales, or $9.6 billion, was net profits.

Consumers in China and the U.S. drove the revenue surge last year despite escalating fears of a Chinese economic meltdown and a U.S.-China geopolitical face-off throughout 2018.

“Viewed from here, it seems as if China was plunging into recession. [But] we are talking about 6.3 percent [GDP] growth. That’s a lot,” he added.

Part of LVMH’s China boom last year was also fueled by industry-wide price cuts led by Louis Vuitton in China over the summer after the Chinese government slashed import tariffs on clothing products from 16 percent to seven percent.

China and the U.S. are LVMH’s two largest markets, contributing half of the company’s total revenues.

LVMH’s blockbuster results defy earlier predictions that the global stock market rout in the last three months of 2018 might do some damage to the luxury sector. Bernard Arnault, LVMH’s CEO and largest shareholder (and also Europe’s richest man), is confident that the momentum will continue into the new year. “January [2019] is looking very good,” he told investors on Tuesday.

However, if the global economy continues its sluggishness into 2019 and beyond, high-end retail experts caution that its effect may eventually kick in for makers of luxury goods.

“Historically, the stock market is much more of an impact factor only on the very high-end luxury sector. But that’s a long-term effect, not on the day-to-day basis,” Steve Sadove, former CEO of Saks Fifth Avenue, told Observer in an interview last November. 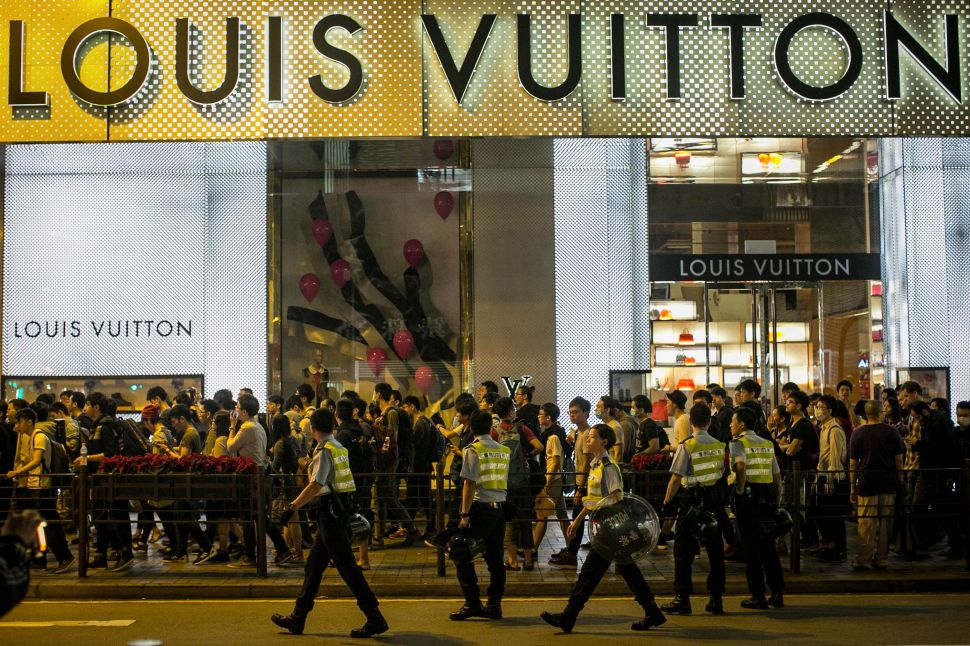