Facebook CEO Mark Zuckerberg and his pediatrician wife, Priscilla Chan, made a public pledge in September 2017 to donate 99 percent of their wealth to charity. Since then, Zuckerberg has been cashing out large sums of his Facebook shares every week to fund his philanthropic vehicle, the Chan Zuckerberg Initiative (CZI).

But his weekly withdrawal came to an unannounced halt three months ago, when Facebook shares fell to a point he finally deemed too cheap to sell—not even for charitable reasons.

Over the three months between October and December 2018, Zuckerberg didn’t sell a single share of Facebook stock, according to trading data compiled by Bloomberg.

During the quarter, Facebook’s stock price tumbled nearly 20 percent amid a broader market rout. Before then, it had already plunged 25 percent from its peak in July through its own fault, specifically a trust crisis and a user decline revealed in the company’s 2018 second-quarter results.

Back in September 2017, Zuckerberg set the target to free up between 35 million to 75 million Facebook shares, worth $6 billion to $12.5 billion at the time, for CZI. He had yet to meet that lower limit by the time he stopped selling stocks. According to Bloomberg’s analysis, by October 2018, Zuckerberg had sold 30.4 million Facebook shares worth roughly $5.6 billion.

At CZI, an imminent mission is to cure and prevent all diseases for human beings in one generation. Zuckerberg and Chan announced the bold plan in February 2017 and pledged to spare $3 billion for the effort, starting with recruiting 47 researchers from various medical fields for early-stage work in a $600 million “Biohub” in Silicon Valley. 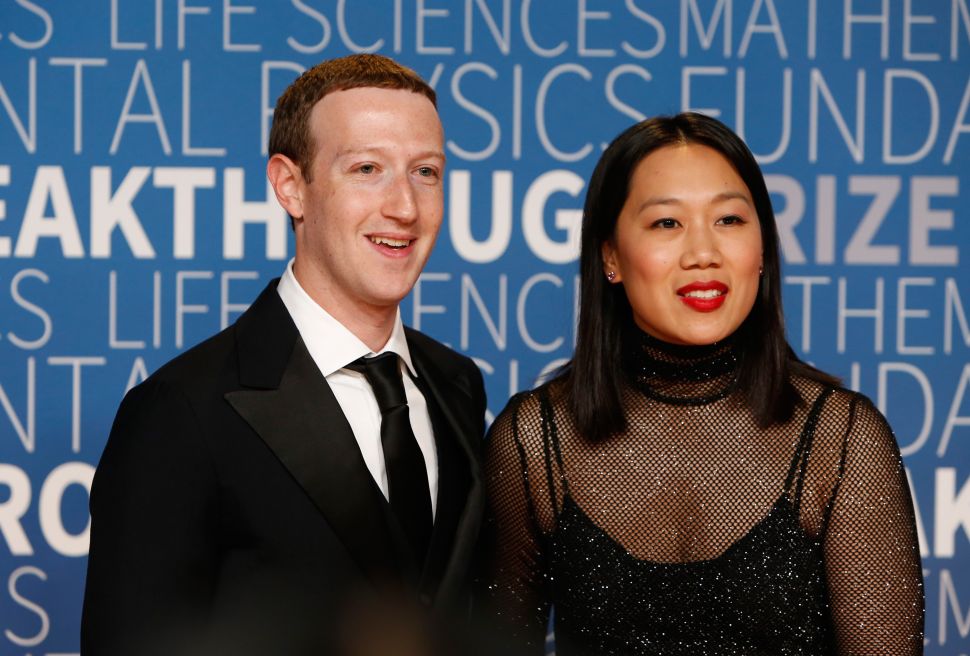