Twenty-three-year old Matthew Brown doesn’t think of himself as a “curator,” and yet his dream has long been to open a gallery of his own. This weekend, he will be achieving this dream with the opening of Matthew Brown Los Angeles in Hollywood.

The brand new space opens January 26 with a solo show from L.A. artist Kenturah Davis, titled “Blur In The Interest of Precision,” as its inaugural exhibition. This will run through March 3. Brandy Carstens, previously the associate director at Tanya Bonakdar Gallery, will be its director.

Growing up with a mother and grandparents interested in the arts, Brown has “moved around a lot,” living in Austin, Miami, L.A., and Santa Barbara. “I think I knew who Olafur Eliasson was before I learned of Picasso,” he joked. He went on to study economics for two years at the University of Texas before leaving school to work at a gallery, with Hannah Hoffman, Gagosian, Morán Morán and Philip Martin Gallery on his resume.

Brown wants the space to showcase local talent, after building relationships with L.A. artists that “were not showing in L.A.” He also hopes to see local art-lovers at the opening, and throws in an added incentive. “My dog Simon will be there,” he promised. “He’s the sweetest pup in the world.”

Observer spoke to Matthew Brown ahead of the opening.

Observer: How did you become interested in curating art?
Matthew Brown: I was introduced to contemporary art at a very young age. I was lucky. Both my mom and my grandparents were very active in the arts. But I do not consider myself a curator. I have curated a couple of shows in L.A., and hope to continue to curate shows independent of my own gallery. It is a fun side project, but not my profession.

Tell me about your work so far.
I have worked at Hannah Hoffman, Gagosian, Morán Morán and Philip Martin Gallery. I have great admiration for the program that Hannah Hoffman has built, and she has been so kind to me over the years. Anytime I have a question, I send her a text.

So what made you want to open Matthew Brown Los Angeles?
It was my dream to open a gallery. Once Vincent Valdez got behind me [committing to show with him and the new gallery], that meant a lot. He was the first one. He has done so much to help out during the process of getting this off the ground. It’s quite strange to have your hero ask you what he can do to help every day.

How did you discover Kenturah Davis?
I first discovered Kenturah’s work in a show at Papillion here in L.A. I was blown away. We had a mutual friend, the artist Vaughn Spann, and he connected us. I had wanted to meet her for a long time, and truthfully I had such high expectations. She has surpassed them in every way. Not only is she a brilliant artist and human being, but one of the kindest people that I know. I’m so lucky to be able to work with her.

You’ve previously mentioned having relationships with some “incredible artists” that weren’t showing in L.A. Why weren’t these artists showing?
There are so many artists that do not show in L.A. The list is pretty shocking, even for some older more established artists. Kenturah’s L.A. gallery closed. Vincent left his. I still think most artists show in New York first, especially if they are not from here.

What shows can we be expecting on the horizon?
The second solo exhibition will be with Tomm El-Saieh. His deeply personal large-scale paintings are truly mesmerizing. I’m so excited for that show. I think the reaction to his work in Los Angeles will be tremendous. 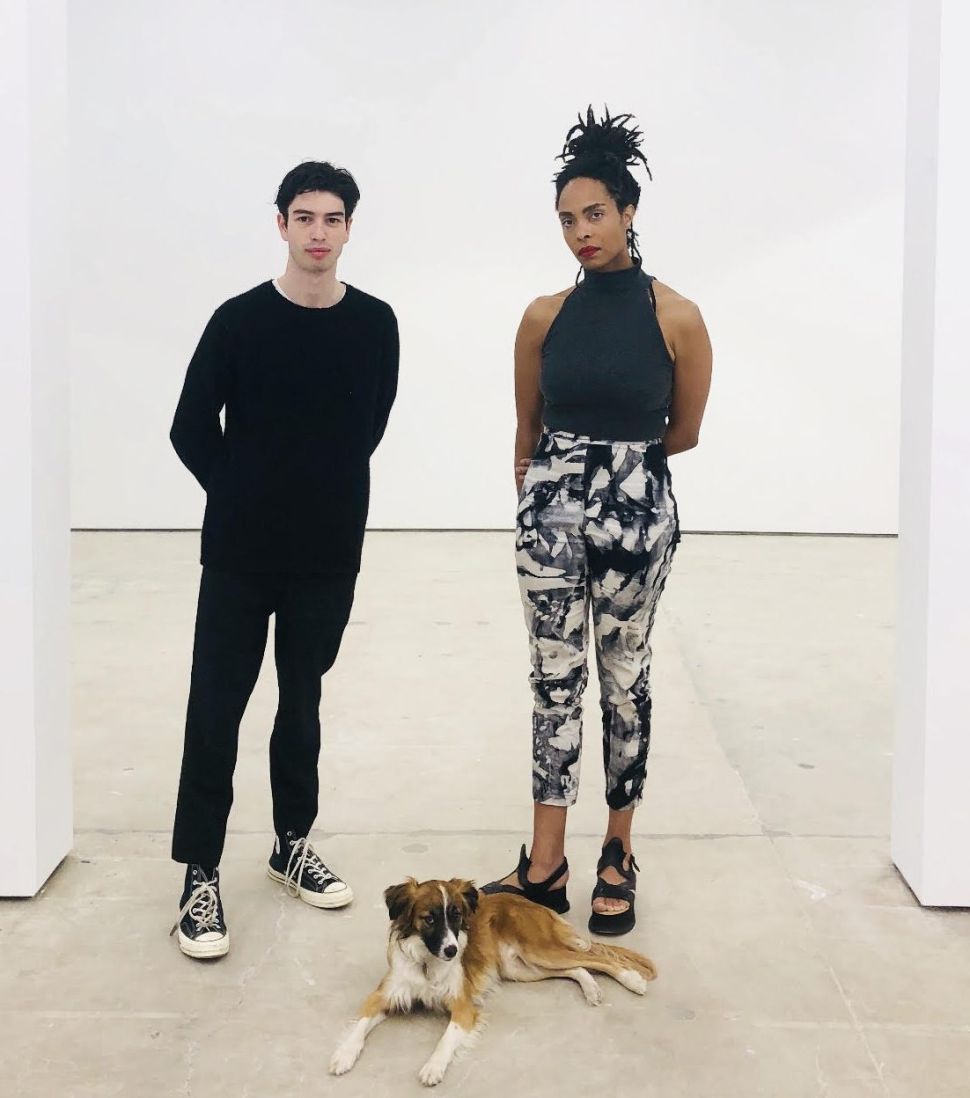