Several current mayors have already tossed their hat into the ring for the 2020 presidential contest. The first was Pete Buttigieg, the 36-year-old mayor of South Bend, Indiana, who declared his candidacy last year. In addition, he’s a Harvard graduate, Rhodes Scholar and Afghan War Veteran. Former San Antonio Mayor Julian Castro followed suit earlier this year with his own big announcement. Castro also served in the Obama administration as the director of Housing and Urban Development.

And there are others eyeing the race. Bill de Blasio, the New York City Mayor, is weighing his options. So too is former New York City Mayor Michael Bloomberg. Eric Garcetti, the mayor of Los Angeles, is expected to try his chances in next year’s contest. And New Orleans’ previous mayor, Mitch Landrieu, might join them as well.

That doesn’t include those who used to be mayors before reaching a higher office. On that list would be John Hickenlooper, the Colorado governor who was once Denver’s mayor. Vermont Senator Bernie Sanders came the closest to capturing a political party presidential nomination in 2016. Before he was a senator and a U.S. congressman, Sanders served as Burlington’s mayor from 1981 to 1989. In fact, he won the race in Vermont’s largest city by a mere 10 votes nearly 40 years ago.

But despite all of this optimism, the track record for U.S. mayors winning presidential elections is not so hot. In fact the last U.S. president to have served as mayor of a large city was ex-Buffalo Mayor Grover Cleveland (1885-1889 and 1893-1897). For small-town mayors who went on to become president, there’s Calvin Coolidge, who was once mayor of Northampton Massachusetts briefly before going on to become the Massachusetts governor, vice president and president from 1923-1929.

There have been plenty who have tried to duplicate the feats of Cleveland and Coolidge over the years. Two, in fact, battled each other for the Democratic nomination in 1972. One was a Republican-turned-Democrat, New York City Mayor John Lindsay, who had left the GOP the year before. The other was Los Angeles Mayor Sam Yorty, a Democrat who acted a lot more like a Republican. He endorsed Richard Nixon in 1960 and refused to back Hubert Humphrey in 1968.

Lindsay finished second in the Arizona Primary, but faltered in subsequent contests, and eventually dropped out.  Yorty did pull in six percent in the New Hampshire primary, but that was the best showing for the maverick mayor, who couldn’t last until California.

Richard Lugar, the former Indianapolis mayor (1968-1976) and longtime Indiana senator (1977-2013), finished seventh in the Iowa Caucus in 1996, and dropped out after primaries in the New England states. Former “America’s Mayor” Rudy Giuliani from New York City, was the perceived front-runner in 2008. While some claim his liberal social positions undid his campaign, those were known to the people and press when he was on top of the GOP field. But his personality, management of his campaign and poor debate performances sank his chances against John McCain.

Sanders wasn’t the only ex-mayor who ran for the Democratic Party nomination in 2016.  Former Baltimore Mayor Martin O’Malley, Maryland’s governor from 2007-2015, gave it a try in the last election cycle. And who can forget Sarah Palin, the mayor of Wasilla and Alaska governor, who not only was McCain’s running mate in 2008 but flirted with her own presidential ambitions in 2012.

But each of these mayor candidates have a tough act to follow in 2020, especially for those still in office. Not since 1812, when New York City Mayor DeWitt Clinton took on James Madison’s hopes for a second term, has a sitting mayor of a large city captured a party’s nomination. But Madison prevailed that year.

It’s been rough for the big city mayors, as they are held almost entirely responsible for any faults in big cities, which may have an exaggerated crime rate because they have populations larger than several states. Cities have to juggle such “fun” topics as transportation, sewers, sanitation and a host of other issues which may not translate well to a presidential campaign about foreign policy and macroeconomics.

But history could change for Democrats in 2020, and a mayor just might win. “In part, the opportunity for Democratic mayors is a product of the party’s failings elsewhere. With Democrats out of power in Washington and in many state capitals, large, heavily Democratic cities have become progressives’ power centers of last resort, with an increasingly diverse media landscape offering exposure to a previously anonymous class of politicians,” wrote POLITICO’s David Siders in mid-2018.

Moreover, a more liberal public on social issues, as well as the communications revolution, puts mayors closer to the average American, claims The New Republic. “More recently, though, the United States has changed in ways that make it easier for mayors to compete nationally. Mass communication—television and, especially, internet access—has eroded some regional distinctions, and Democrats have seen the country move toward them on many social issues,” wrote The New Republic’s Alex Shephard in June of last year.

So while the poor track record for former and current mayors of big cities goes back to the 1800s, there’s a lot more hope for municipal leaders in 2020, perhaps. It certainly explains the interest in running for office by several mayors, despite the long historical odds. 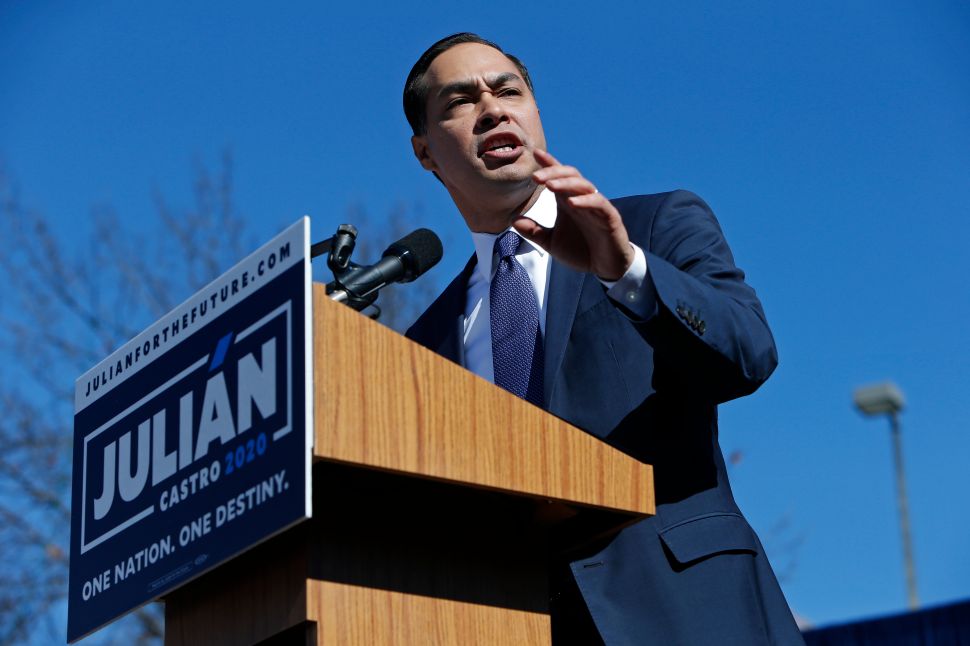