On Tuesday, an advocatory foundation for the societal inclusion of people with disabilities announced that it had partnered with the prestigious Yale School of Drama to provide an annual scholarship for a disabled actor. The first recipient of the Ruderman Family Foundation’s joint scholarship is Jessy Yates, an actress and comedian with cerebral palsy with a background in Brooklyn dramatic performance and community organization.

Yates, who is currently in her first year at the Yale School of Drama (the same school that has trained actors like Meryl Streep, Paul Newman and Lupita Nyong’o) spoke to Observer about the scholarship (which provides her with $50,000 tuition and a living stipend), the rigors of the Yale acting program and the difficulties that accompany training in an environment that was built with the able-bodied in mind.

Observer: First off, what’s Yale acting program like? Is everyone working constantly?
Yates: In the first semester we don’t do shows, and it’s kind of an easy course load, but I’m realizing that this is going to be very hard. I’m working on a new play where I play ages 1 through 50, and that happens in, like, an hour. You can’t become other people without knowing who you are. It’s like cognitive behavioral therapy. You have to give personhood to another person who might not think of being a person in the same way you do.

Why did you decide to study at Yale?
One of the biggest barriers to disabled actors is the lack of access to rigorous elite training programs. The industry works in a multitude of ways, but when you’re in a community that is marginalized, you often have to represent yourself and put your best foot forward. People aren’t taking chances on us, which means we’re not getting roles and we aren’t getting the chance to learn on the job. How do you think we’re gonna represent ourselves in the room if we don’t have experience? With Yale, an institution that casting directors can trust, networks are much more likely to take a risk because you’re coming from a reputable program. It’s all about representation, and I just want to be able to see myself on television. I grew up never having seen a disabled woman in media.

Why do you think that’s been the case for so long?
The disabled community is often pretty behind the identity politics curve, often because people don’t think of us as pillars of diversity. We’re never listed in demographics. Disability is never mentioned. I think it’s because people are afraid to understand. I would love to play a mother or a teacher, roles that are stereotypically for women, to show disabled girls that these are things they can grow up it be.

Has the school made changes to better accommodate you?
I’m the first visibly disabled actress at the Yale School of Drama. [Yates uses a wheelchair]. There’s a girl in the year before me who identifies as disabled who is hard of hearing, but I’m the first that they’ve had to make a lot of brick-and-mortar access accommodations for. The rep theater that Yale runs was not accessible; half of the rehearsal studios were not accessible. They’re kind of scrambling to make these 100-year-old buildings accessible, and they’ve done a good preemptive job, but there are still rehearsal studios that I will just never be able to go to. They’re doing the best they can with the resources they have. Structurally, some of these buildings are quite old and historic.

And how does it feel to be the first in that sense? Is it a lot of pressure?
In some ways it’s maddening, because the Americans with Disabilities Act passed 30 years ago. In another way, I’m so thankful. I feel lucky that I can be the one to usher in this change. And the program is amazing. My classmates are a wild bunch. They are so incredible. In my class we also have the first trans actor at Yale, which is amazing, and it’s been nice to have that alliance where we can put the pressure on the university. In the entire university, there are only three wheelchair users in grad and undergrad. A community that has been marginalized will not even feel worthy of applying to an elite institution.

What would you most like to do with your career after you graduate?
I want to stretch myself as an artist. I’m an artist first and a disabled person second. I’m really interested in long-form streaming-service sitcoms. I’ve been milling around writing several snippets of several shows. I’m on Page 2 of a pilot I’ve been writing for years. Because the roles for disabled people are not so rich, I know I’m going to have to make my own. 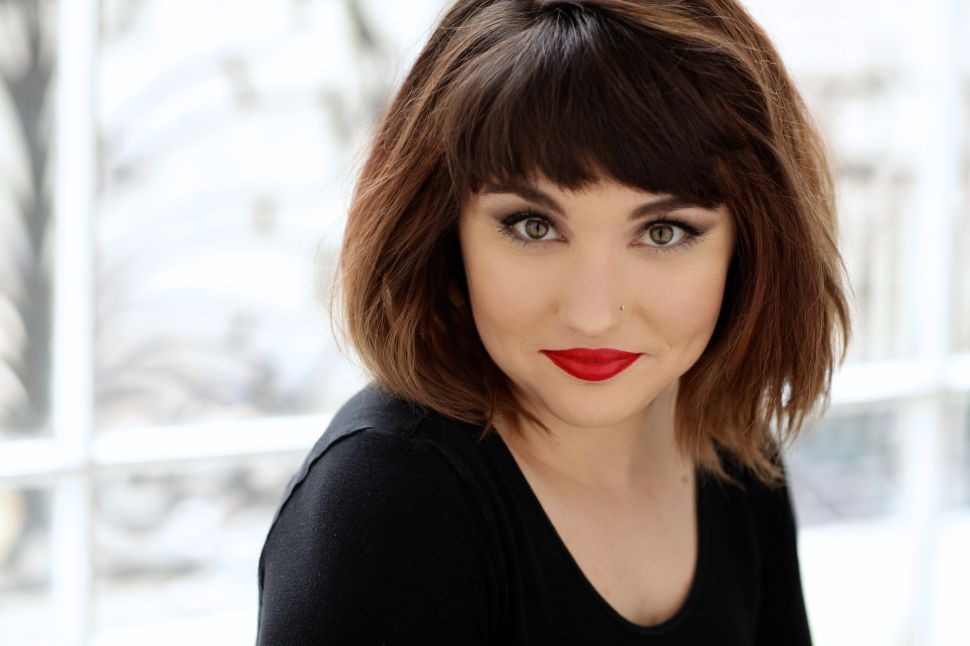