As if Meghan Markle didn’t have enough on her plate—taking on new royal patronages, moving to Frogmore Cottage, preparing for her first child—now the Duchess of Sussex has to deal with filling yet another position in her royal household.

Prince Harry and Markle’s personal protection officer, whose name has not been released for security reasons, is resigning from her position, as first reported by The Sunday Times. The bodyguard took over the job less than a year ago, after Prince Harry’s previous head of security retired after 31 years with the police.

The Scotland Yard bodyguard has been by the Duchess’ side for the past several months and accompanied her on the royal tour. She’s stepping down because she’s leaving the Metropolitan Police (which runs both diplomatic and royal protection squads) altogether, and not because she’s had issues with the Sussexes. That said, some reports say Markle hasn’t found the adjustment to 24-7 security easy—she didn’t grow up within the royal family and never needed such stringent security until her relationship with Prince Harry. Now, she’s constantly surrounded by a team.

“She could still do what she wanted in the way of getting around freely,” a source told the Times, referring to the former Suits actress’ pre-royal life. “But in her current role she can’t go anywhere without her protection team, and that’s a massive constraining force on an individual like her.”

The personal protection officer role isn’t the only vacancy Markle needs to fill. Her personal assistant, Melissa Touabti, resigned just six months after starting the position, which included helping organize the Duke and Duchess of Sussex’s travel, correspondence and wedding planning. Shortly thereafter, it was reported that longtime royal aide Samantha Cohen, who previously worked as Queen Elizabeth’s assistant private secretary and was under the royal’s employ for 17 years, will leave the Sussexes after Markle welcomes her baby in the spring.

It’s not clear when, exactly, the personal protection officer will leave her post, though surely Scotland Yard’s Royalty and Specialist Protection Branch is already hard at work finding a replacement. We wonder if Markle will have another female bodyguard—this decision was seen as a big step for women in the force, though it wasn’t the first time a member of the royal family has had a female bodyguard.

Kate Middleton was assigned Sergeant Emma Probert to her service shortly after her and Prince William’s engagement was announced in 2010, though it’s not certain if Probert still works for the Duke and Duchess of Cambridge. Camilla Parker Bowles also has a female protection officer and went a step farther when she insisted on hiring an entirely female security team when she visited the United Arab Emirates in 2016. 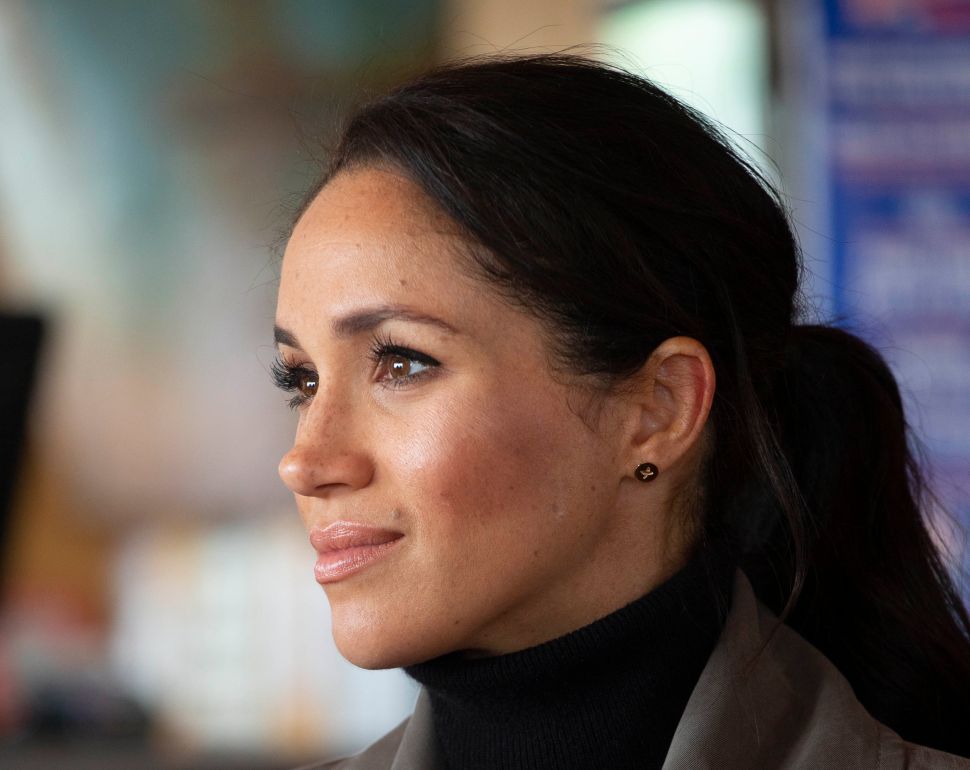